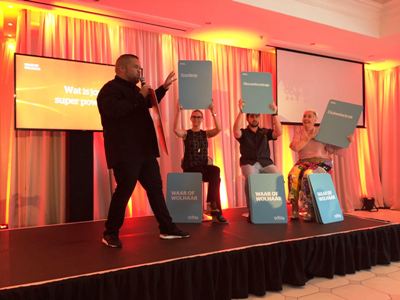 Cybertorial* Have you heard about the latest buzz surrounding the Afrikaans community? It’s been all over town – three cities to be exact: Cape Town, Durban and Jo’burg. More specifically in the boardrooms and auditoriums of media agencies, which emanated gasps, laughter and whoops of excitement. Those lucky enough to crack an invite were in on what created all this hype: Jason Goliath, an Afrikaans card game and some of Media24’s Afrikaans publishers and editors. So how did this brainchild of Ads24 create all this hype and build engagement #inroADS24 with media agencies and direct clients? 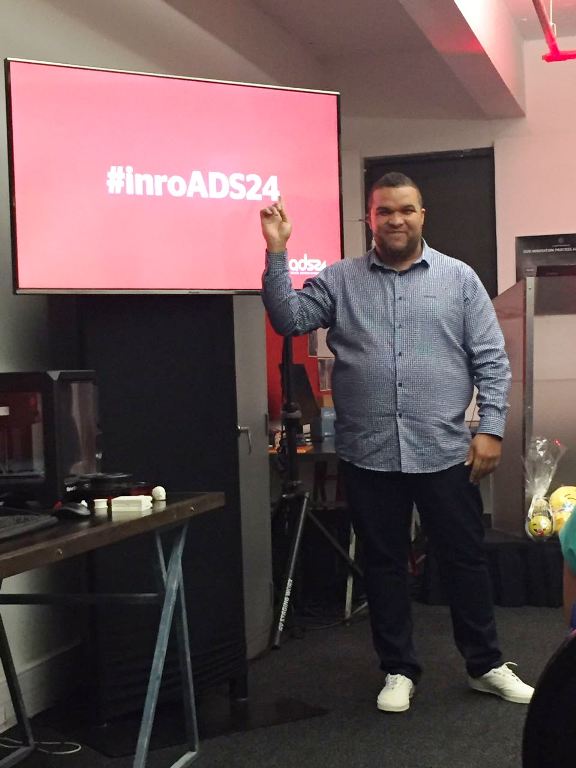 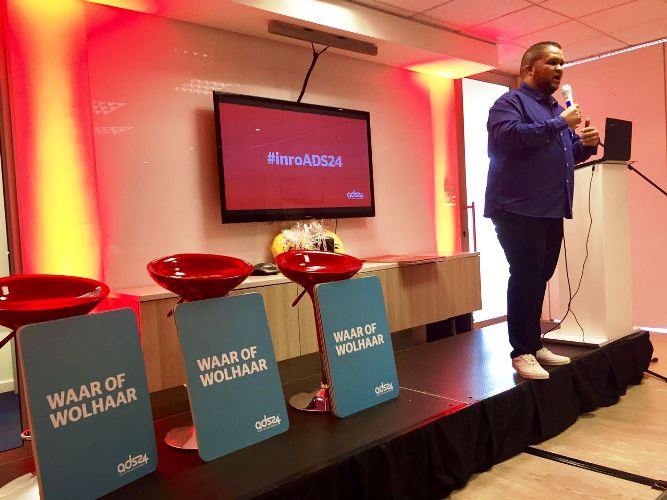 “We wanted to talk about credible news in Afrikaans and our digital first, multi-platform world of possibilities in a way that inspires, excites and educates our clients,” said Marise van Der Lith, Ads24’s brand manager, “Our aim was to create engagement with media agencies nationally through an innovative concept, while demonstrating the value of our Afrikaans audience.”

This was no easy task. “When your target audience is media agencies and marketers, they have seen it all, and have been exposed to a plethora of campaigns which try to grasp their attention and show them something new. To innovate within this environment is a huge challenge and Ads24 have pulled out all the stops this year to stand out of the crowd. This was our pilot campaign and from the feedback we received, it seems that we are on the right track.”

It was important to Ads24 to create a sense of fun and excitement while getting people to talk about their brand. “We were delighted with the success of the #inroADS24 campaign,” said van der Lith, “Ads24’s Twitter saw a whopping increase of total engagement by 20100% compared to the previous period.”

One of Ads24’s key objectives was to educate media agencies about the Media24 Afrikaans online platforms: Netwerk24 and NetNuus. Who better to do this than Jo van Eeden, editor-in-chief of Media24’s three Afrikaans dailies, Die Burger, Beeld and Volksblad, as well as the publisher of the popular digital news platform Netwerk24, and MJ Lourens, editor of NetNuus. 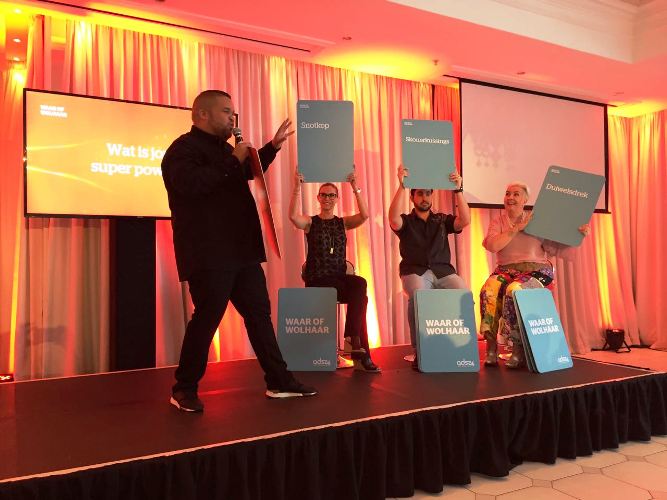 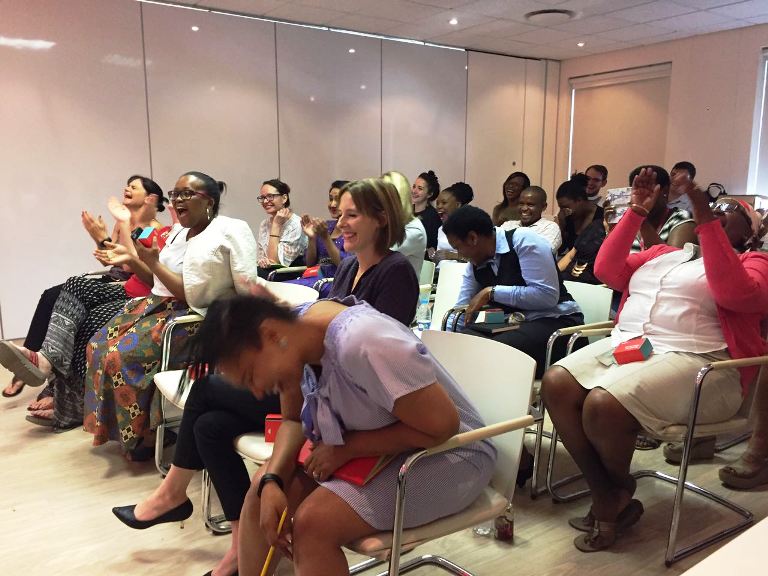 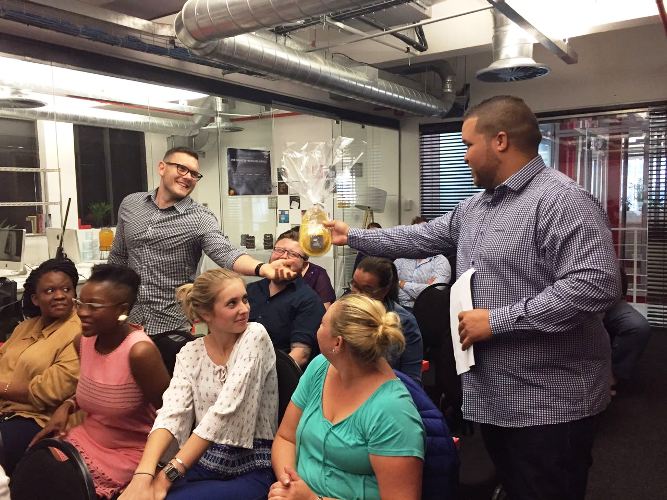 Jason Goliath handing out a spot prize at Ogilvy in CT

As part of the #inroADS24 campaign Ads24 launched three enticing packages: The High Impact Sponsorship Package, The Web and App Package, and the Native Package – all valid until end of July 2017. Click here to find out how you can get involved in these exciting solutions.

The game of Waar of Wolhaar (True or Fake)

With all the talk of fake news and the importance of finding the truth online, Ads24 wanted to have some fun while addressing these serious issues. They also aimed to share the “joy of Afrikaans” with a largely English speaking audience in an impactful and non-intimidating way. “What better way to break the ice and get people excited about Afrikaans than through a card game – with some awesome prizes – where contestants Afrikaans know-how and sense of humour was put to the test,” said van der Lith, “And who better to get them laughing and in the mood than Jason Goliath.”

Goliath led a most enjoyable game show called“Waar of Wolhaar” at these spectacular countrywide activations, beneath which lay a serious message of “True or Fake”. Van der Lith explained, “In an era of fake news, finding the truth is not an easy game. Credible news brands such as Netwerk24 and NetNuus are carefully curated and there is a lot of hard work and effort that goes into the process of bringing audiences trusted news and keeping them informed.”

Ads24 found a very effective way of bringing this message to life, while surreptitiously teaching people a little Afrikaans on the side. “Speaking Afrikaans to Afrikaans speakers is not just a matter of Google translate,” said van der Lith, “it is a tone of voice, a way of saying things and a way of engaging with the world through words, that is unique to this market. We wanted to share a bit of that.” 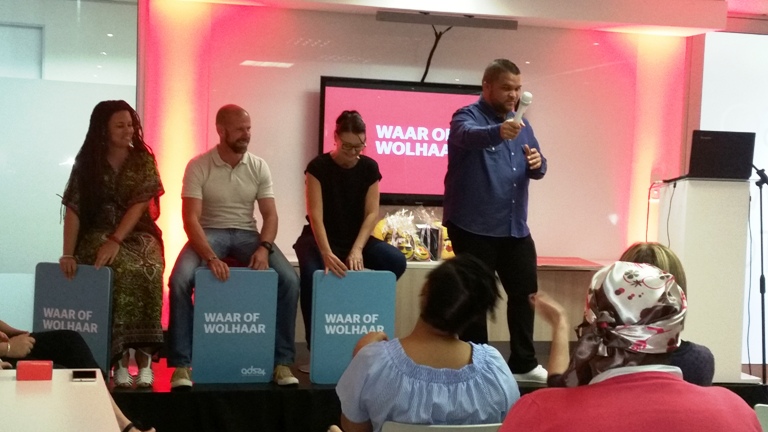 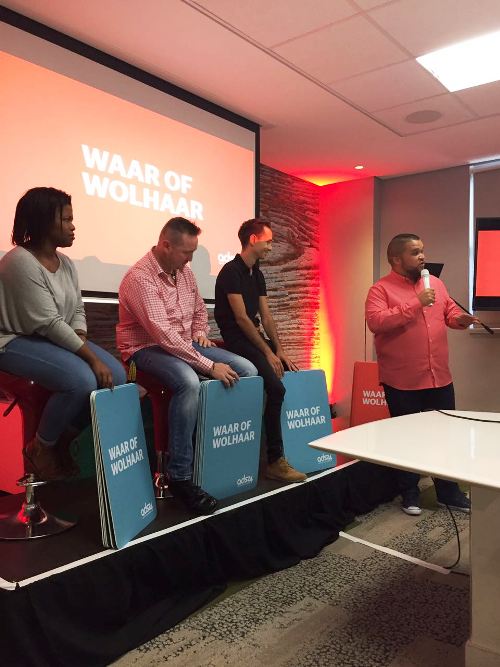 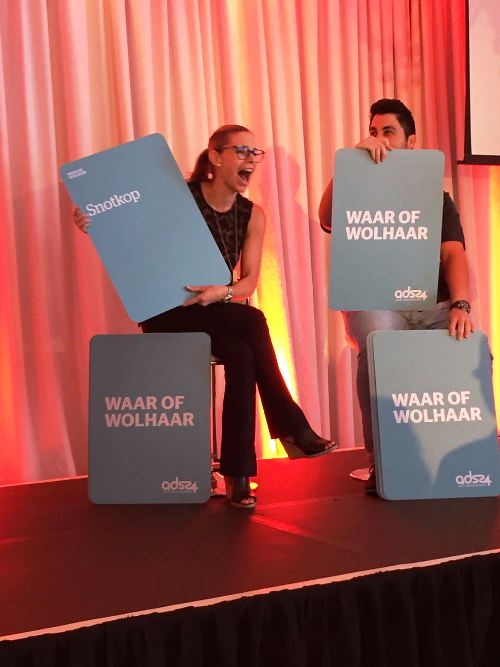 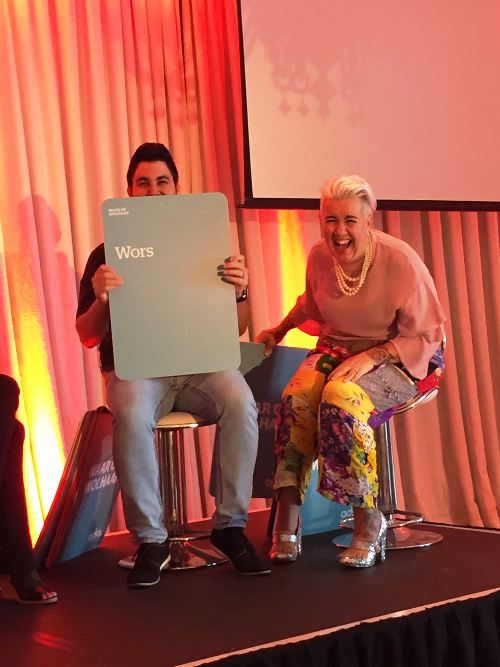 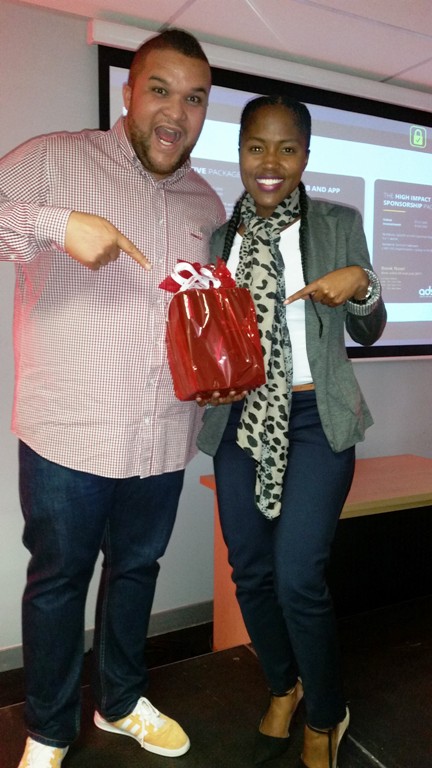 Insights in a pack of cards

Each guest at the #inroADS24 roadshow received their very own pack of “Waar of Wolhaar” cards – to continue their Afrikaans education at home. Amongst the game cards, which would spice up any dull dinner party, were some intriguing insights. Did you know:

After the game came the real deal… a wonderful opening address by Jo van Eeden, a fascinating presentation about Netwerk24 and then one about NetNuus by MJ Lourens. If you missed these, keep your eyes peeled on media and marketing sites for thought provoking pieces that share their “ongelooflike” (incredible) insights. 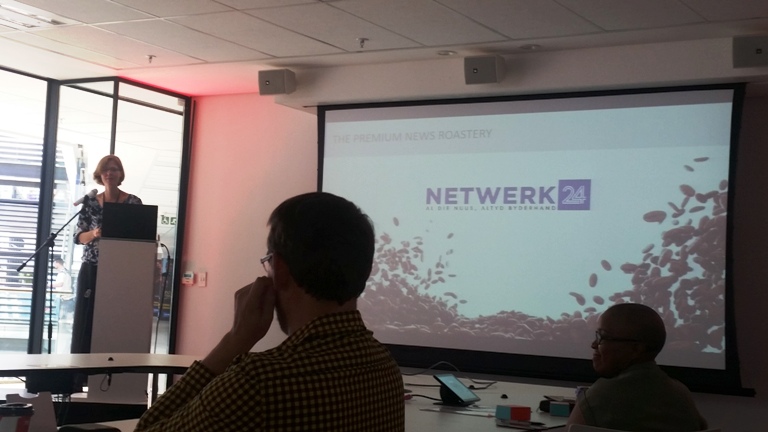 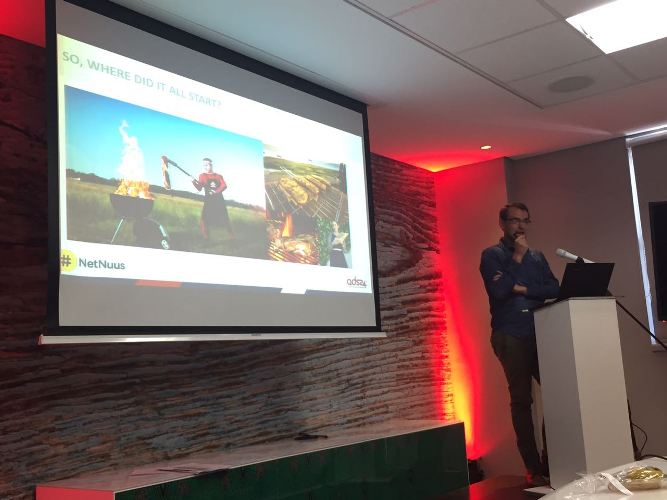 Tweeting their way to an Apple watch #inroADS24

“A” is for Afrikaans and Ads24, and “A” is also for … That’s right, “A” is for Apple – as in an amazing prize for Ads24’s very own Twitterati of an Apple watch. An apple was the original temptation and roadshow guests were certainly tempted to follow Ads24 on Twitter @Ads24_news and post a fast fact about Ads24’s Afrikaans Platforms with #inroADS24 to stand a chance to win an Apple watch. The lucky winners are Matthew Wilke from Ogilvy – Cape Town, Andrew Mills from Boxer – KwaZulu Natal and Jarred Evan Mailer from The MediaShop – Johannesburg.