Posted By: The Conversationon: May 22, 2017In: Press
Print Email 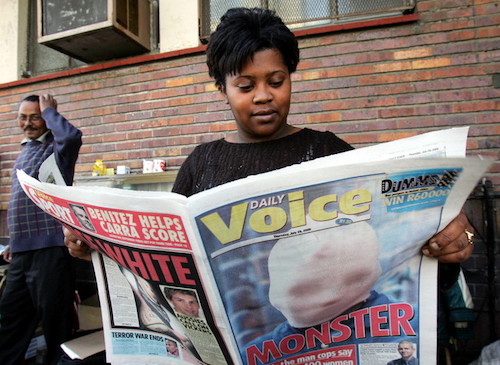 Wits University’s Journalism and Media Studies Department has just published their latest State of the Newsroom report. The annual publication maps key developments in the South African media landscape – from changes in circulation and audiences, to shifts in media ownership, digital trends in the newsroom, transformation of the news media, political, legal and regulatory issues, and the status of media freedom in the country. Politics and society editor Thabo Leshilo asked the editor and lead researcher …

What is the ‘State of the Newsroom’ report and what does it say?

State of the Newsroom 2015-2016 is called Inside/Outside to try catch the dynamic of multiple sources of media and news that we are confronted with, a lot of it falling outside of the “mainstream” news.

Although we still have “newsrooms” in the normal sense of professional journalists and media houses, we also have very vibrant independent media sites and projects – The Daily Vox, Daily Maverick, GroundUp, or projects like The Justice Project that “write into the news”.

During the recent #FeesMustFall protests, students and academics reported from the frontline using social media, and were a source of news from the coalface of the protests for many people. The #FeesMustfall protests showed how independent news producers, like The Daily Vox, could cover unfolding events more effectively than the mainstream media, and how student social media impacted on the coverage offered by the mainstream.

All of this makes us ask: What exactly do we mean by the “newsroom” today? This State of the Newsroom tries to contribute to the discussion on this phenomenon.

Are there causes for concern? What are the most significant ones, especially in the era of fake news?

If we look at the media landscape generally, there are good and bad signs. For instance, the Press Council is reinvigorating itself and now has an ombudsperson for online media. The South African National Editors Forum has been vocal on issues of media freedom. There are new measurements for broadcast statistics.

I think the diversity of content available is undeniably a good thing. But retrenchments also continue, and newspaper circulation is down. For the first time free newspapers declined in circulation too.

The government has bungled the digital terrestrial television process – again. Of course, the SABC remains a mess, and the desire by the state to control what’s news is felt increasingly, whether through its Media Appeals Tribunal proposal, or draft legislation that tries to tighten the grip on the free flow of information in the public interest.

Other signs of concern are the influence management has on editors. Editorial independence in the newsroom is being corroded.

As far as fake news goes, in some ways I think it’s a red herring. I hope that it will only make news consumers more critical and start to question the veracity of what they read through habit. So I think there’s an upside to fake news.

More worrying is when it starts to look like deliberate propaganda. This goes hand-in-hand with the willingness of political parties and other public speakers to be less than truthful with the facts, or deliberately feeding the public false facts.

What is your view on the growth of alternative news platforms, including the ANC’s in-house news service and the government’s increased use of social media to report on themselves

I think we need to be careful about calling some of these initiatives “alternative”, which in South Africa has a positive, politically progressive history in terms of news media. I have mentioned some initiatives that could be described in this way.

But we are also seeing in South Africa what happens all over the world: social media and the internet being used by the state and its allies and supporters to create a counter-narrative to what’s out there. Perhaps we should call it propaganda 2.0. There’s nothing necessarily unusual about that.

What are the positives and dangers associated with such alternative news platforms as seen against the role of a free press in a democracy?

I think we need to start at the beginning and ask ourselves: What does a free press really look like? What do we want? Does the Windhoek Declaration on press freedom matter anymore? Do journalists care about our human rights? Are they prepared to be watchdogs to those rights? And if they aren’t, is our press free?

But we also know that journalists are surveilled – or at least feel they are which is as bad – and that reporters are kicked out of press conferences, and increasingly coming under physical threat when covering events: from students, from party supporters, from police or private security firms. So there’s no generally accepted idea, of a free press floating around.

At the same time, what contribution the media can make to democracy is not necessarily being answered by what’s being published by mainstream media. Instead, as Levi Kabwato, one of the authors in this year’s State of the Newsroom who looked at transformation in the press found, editors say this kind of thing:

We have to think of transformation more broadly than just how many black people or women are employed in a newsroom, or in terms of ownership. It’s about content too – what’s covered, and why.

This is why the independent and alternative media platforms are so interesting. Just look what The Daily Vox says about itself. It wants to: “put the young citizen at the centre of news”. Or GroundUp: “We report news that Is in the public interest, with an emphasis on the human rights of vulnerable communities.” And they are doing it with a fraction of the budget that big media houses have at their disposal. Good journalism doesn’t necessarily have to cost money.