LATEST NEWS
Home Broadcasting Radio We’re only human, after all, and radio connects us

We’re only human, after all, and radio connects us 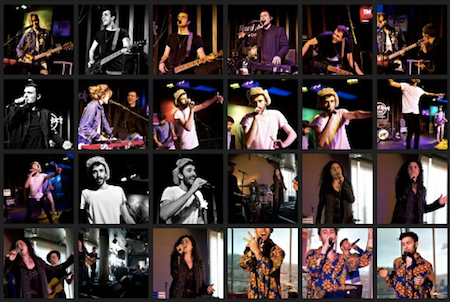 Hundreds of broadcasters and music executives from around the world recently united at the Worldwide Radio Summit in Hollywood, California.

It’s very clear that radio is more than just alive and well – it continues to feature prominently as the biggest influencer on the media landscape. Radio airplay is still the biggest difference between a Top 39 spot and a number one hit. With the rise of digital technology – especially those aimed at mobile users – radio stations that are willing to adapt to the needs of a more demanding audio and visual market are presented with deeper content and a much wider reach.”

During the Summit, a survey involving over 51 000 respondents was presented. The findings revealed that even with a substantial increase in phone addiction, radio is still the most consumed medium in the USA. The survey also found that people primarily tune in because it’s a free medium that allows them to discover music and hear their favourite songs, and tune out with too many commercial breaks and repetitive music. Furthermore, 30% of all listeners tune in and stay loyal to stations who engage with them on social media.

The value of podcasts

These are trends that we’ve seen in South Africa as well. Listeners are more likely to tune in to a station that knows what’s on their mind, meets them where they are, engages them on things that matter to them and offers them a diverse selection of content, along with more of the music they love to listen to.

In a world where technology gives you a concierge in your pocket and a car that can drive itself, radio can’t see technology as a competitor. It needs to leverage technology – not in some sort of bid to survive, but in seeing an opportunity to thrive.

BBC and Radio 1, in particular, have set noteworthy examples by addressing the demands of modern audiences. My biggest learning from the Summit came from the panel’s discussion on the topic of radio being a combination of science and art.

When it comes to radio, art and science aren’t opposites, nor can one exist without the other – there will always be an element of art in science and vice versa. Technology isn’t replacing the human element. Science and technology merely provide us with richer, wider reaching platforms and channels for our hearts and minds to be heard. But the human to human connection remains a key value proposition of radio, and one which cannot be ignored even with the rise of podcasts and music streams.

In an era of technology and information overload, where many people want nothing more than just to ‘escape from it all’, the key for broadcasters is to remember that it’s all about connection.

Our responsibility as broadcasters – beyond all the tech platforms – is to be human. We’ve been the greatest purveyors of audio for nearly 100 years, and now we’re providing visual content too… However, that connectivity with a presenter and radio in general is critical. A stream, nor a podcast can show it cares about you, identify with and sympathise or empathise on a piece of news, or the way a song makes one feel.