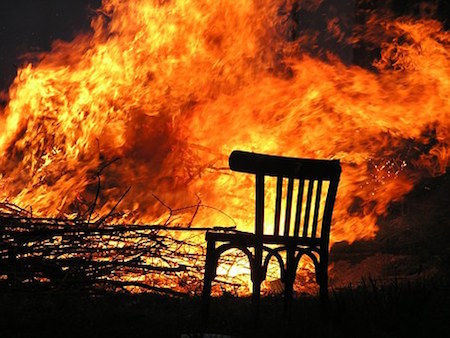 Particularly where television news coverage is concerned. Which one would expect from the SABC and ANN7 but not eNCA, which, up until not too long ago, has been the bastion of objective news reportage.

The channel is still objective but has completely lost the plot in terms of what television news is all about.

Their coverage of the Knysna fires largely consisted of talking heads simply repeating what the anchors had said only seconds before. Reporters were located in places where no smoke or fires were even remotely visible.

Television news is supposed to be visual. Viewers wanted to see what damage the fires caused. They did not want to see talking heads jabbering away on a closed off highway with a few people waving flags in the background, performing for the cameras with the occasional car that came along.

Frankly, the coverage by CNN, little as it was, actually told more of a story than South Africa’s three TV news channels.

It was almost as though news editors were holding off sending more resources to the area in the hope that the story would actually go away.

Video uploads by online news sites, but mostly submitted by citizen journalists, told the real story of the fire. No talking heads, no gratuitous interviews – just the shocking real-time details of the tragedy as it unfolded.

Video uploads by online news sites, but mostly submitted by citizen journalists, told the real story of the fire. No talking heads, no gratuitous interviews – just the shocking real-time details of the tragedy as it unfolded.

Frankly, I am at a loss to understand why our TV news media don’t do what the BBC, Sky and CNN do and make far greater use of video coverage provided by citizens and victims.

Radio news coverage wasn’t much better. I despair of the idiotic trend in radio news of a news presenter in studio telling the story and then handing over to a reporter in the field who repeats precisely what the presenter had just said and then more often than not interviews someone who repeats what the reporter and presenter have just said.

Actuality news coverage on radio has become gratuitous to the extreme. Crossing live to reporters on the scene just for the sake of adding another voice.

I suppose news editors feel this provides some sort of drama.

South African television and radio news media are desperately in need of training because right now what they are doing is beyond pathetic.

And the internet is fast running them out of business.