LATEST NEWS
Home Press Ethical journalism: What to do – and not to do – with leaked emails

Ethical journalism: What to do – and not to do – with leaked emails 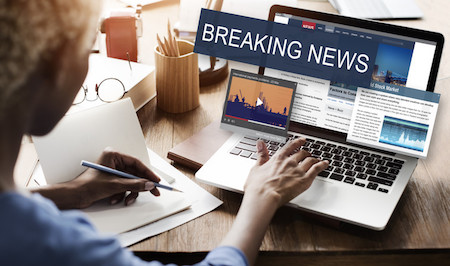 South Africans have been gripped by stories gleaned from the biggest data dump in the country – between 100 000 and 200 000 emails leaked by an anonymous source to journalists. The emails, locally referred to as the ‘Gupta leaks‘, reveal how the Gupta family has done business in the country, as well as their engagements with the government and politicians. The family, and its associates, are accused of buying favour, as well as state tenders and deals, through their close association with President Jacob Zuma, members of his family and politicians loyal to him. The Conversation’s Ozayr Patel asked Professor Franz Krüger how journalists should respond to leaks of this kind.

What are the ethical questions journalists should ask themselves when reporting on leaked information, particularly bulk leaks such as these emails?

It is important for journalists to satisfy themselves that the leaked information is real, and to seek as much corroboration as possible.

The second question that needs consideration is whether and how the leak furthers a political or other agenda. We have been very accustomed in South Africa to see political warfare by leak, and journalists should not allow themselves to be misused in factional battles. But this is a secondary question to the one about whether the information is true and in the public interest. If the leaked information stands up as accurate, and if it is important for the general public to know, it would be reasonable to publish even if it furthers somebody’s interest.

In a situation of that kind, though, it is important for the political background to the leaks to be contextualised.

Another issue that arises from the sheer volume of material that seems to have been leaked is how to pace the release of the various stories. In this case, the material has generated a lot of different kind of revelations, which have been published over time. Some of these have been stronger than others.

What are the four things every journalist should do when covering leaks of this kind?

Check the information, consider alternative explanations, consider the political and factional context of the leaks taking place, and allow the people implicated a full and proper chance to respond.

Is the reporting of the leaked emails being handled in an ethical way?

In general, I think it has been. I was a bit concerned that in one case, there seems to have been a policy not to ask for a response, and I don’t think that is appropriate. The country’s press code does allow that in some cases, but they are exceptional, and I don’t think in this case the danger of publication being prevented is strong enough.

I also feel that some of the stories published were overplayed – more was made of them than seemed really justified. Also, in some cases too much may have been read into the raw information available. It’s sometimes easy to read things into exchanges that may in fact be quite innocent, particularly where they seem to confirm a narrative that is increasingly accepted as common cause.

In general, though, the reports have given the public a sense of the detailed texture of state capture which was not available before.

What are the dangers of ‘leak fatigue’?

There is a danger with any particular kind of reporting that audiences will get tired of it, and will switch off. It’s well known that there is “confession fatigue” where the public gets tired of stories of suffering.

Journalists need to be alive to that possibility, and avoid getting too taken up by their own interests and passions to notice that ordinary audiences sometimes have different priorities. The risk is simply that audiences will lose interest, particularly if a perception develops that a story is being milked beyond what is relevant or interesting. The stories chosen need to be significant.

What are the dangers that journalists will lose their credibility?

Credibility is very important to journalism. The central reason to worry about ethics in this – and in other cases – is to safeguard credibility. Despite some weaknesses, I have not picked up a sense in the public discussion that, in general, these stories are sensationalised and that therefore journalists involved should worry about their credibility.

Image: Leaked information is the life blood of investigative journalists. But there are a few golden rules they should follow when reporting on it.
Shutterstock