Five ways for brands to win with diversity and gender bias 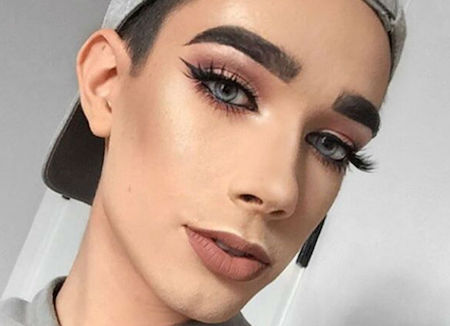 In today’s cultural climate, it’s not a question of whether brands will contribute to important social conversations, but when and how.

The ‘how’ all depends on the context in which a brand finds itself, its competitive set, and what kind of license consumers give it to speak credibly into the cultural moment.

While the means and method of engaging will necessarily vary based on category, context and your brand’s remit, Laura Tarbox, strategic director, cultural insight, Kantar Added Value suggests five ways to help ensure you do so successfully – whoever and wherever you are.

Culture moves so fast that ideas that once seemed new and bold quickly feel faddish once brands get involved. So make sure your contribution to the cultural conversation is additive, not just duplicative.

Cosmetics giant CoverGirl could have easily centred its message on the ubiquitous conversation around what defines femininity. Instead, they decided to take a different angle when they cast a man as the aspirational face of the brand. By leveraging the most emergent manifestations of gender equality – gender neutrality and the redefinition of masculinity – the brand brought a fresh perspective to the topic, instead of retreading old ground.

2. Reflect back and reframe

Hot button cultural topics are constantly talked about, especially on social media. One of the most effective ways to make a statement about unconscious (or conscious) bias is to use what’s out there and reflect it back in a way that gives it new meaning.

Dove’s ‘Have Your Say’ campaign that aired during the 2016 Rio Olympics did just that. The brand tracked real-time media judgments of female athletes’ appearance – from digital publications, to live broadcast and radio commentary. The campaign website then reflected it back in the context of these women performing their respective sports to dramatise the sexism and encourage the world to respond directly to sexist quotes on social media.

3. Make it relevant to you

To gain traction, tap into and expand on existing aspects of the conversation – but make them relevant to what you do and offer as a brand. Durex has recently done this by using the frame of “the pay gap” to launch a new range of products aimed at the ‘orgasm gap’.

When one brand steps out and makes a commitment, it changes consumer expectations around what all brands can and should be doing. Patagonia arguably pioneered Black Friday social statements with 2011’s ‘Don’t Buy This Jacket’ campaign. 2015 saw Rei’s ‘Opt Outside’ campaign, where they actually shut stores on the iconic shopping holiday. This past year, Patagonia pledged every cent of their Black Friday sales to grassroots environmental organisations. The bar is always being raised; be a brand that challenges others, or you risk finding yourselves the ones being challenged.

It’s easy to pay for a splashy campaign that gets you in the headlines. It’s less easy to follow through beyond PR.

The ‘Fearless Girl’ statue that sprang up on the eve of International Women’s Day, facing the instantly-recognisable Wall Street ‘Charging Bull’, was commissioned by State Street Global Advisors, one of the world’s largest asset managers.

Commissioned as part of a broader push for gender equality at a company’s highest levels, the firm followed through on the instalment with a letter to the thousands of companies that comprise the Russell 3000 index, asking them to take demonstrable action to increase board diversity – or risk a ‘no’ vote from the investment firm.