Holly Meadows has been appointed Editor of COSMOPOLITAN South Africa. The appointment is effective from 1 July 2017. Meadows takes over from Kerrie Simon-Lawrence, who will be returning to Australia. 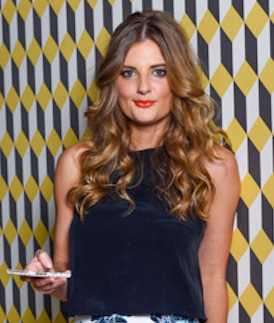 Having worked as deputy editor on COSMOPOLITAN South Africa prior to taking on the position of head of commercial content in Associated Media’s commercial hub a year ago, Meadows comes to the role with a wealth of experience and strong insight into the mind of the Millennials.

“The role of a modern editor has evolved tremendously,” said Kim St Clair Bodden, senior vice president and editorial director at Hearst International, of the appointment. “Creating engaging content is essential – but equally as important is the ability to reimagine that content, and make it relevant across different platforms. Holly is innovative and imaginative, with a deep understanding of the print, digital and social environments, and we’re happy to welcome her back to COSMOPOLITAN South Africa.”

The sentiment was echoed by Associated Media Publishing’s CEO Julia Raphaely, who said, ‘Holly is really deserving of this appointment. It has been her dream to edit COSMOPOLITAN, and I am sure she will flourish in this role. We are excited to see where she leads COSMOPOLITAN in South Africa.”

Lee Ann Maharaj has been appointed as head of sales: Mall Ads. Maharaj has been aligned to key marketing institutions across 12 years of sales and account management experience and brings with her key strengths in sales administration. Maharaj is solutions-driven and possesses the skills that are critical in understanding the mall environment.

Her career began in a receptionist position at ABSA bank, a position that allowed her to hone her people skills. Maharaj realised that her true passion was in sales and after various administrative positions, she joined Primedia Instore in their sales division.

Maharaj has completed a number of upskilling courses and has built a strong knowledge foundation so that she is a valuable asset to brands. She believes that the critical elements in providing excellent service to clients lies in providing innovative solutions, seamless implementation and exceptional management of client portfolios.

“I am passionate about sales and about providing solutions that are in line with brand objectives and budgets. The Mall environment is an exciting one and I look forward to bringing my holistic experience and knowledge of Out of Home and malls to the table,” says Maharaj.

Digital consultancy Platinum Seed has appointed Ally Behr as its design director, as part of its strategy to expand its service offering and build a tightly-knit leadership team to add additional value to its clients. She is the fifth new joiner at the agency in the last two months, with Platinum Seed already having expanded its UX and UI talent pool in response to client demand.

In her new role, Behr is responsible for the conceptualisation and execution of digital touch-points for all clients serviced by her design team, as well as being accountable for delivery across the broader Platinum Seed creative team.

“Ally is a conceptually-driven creative and a strategic thinker who will bring a strong combination of aesthetic and analytical skills.” says Bradley Elliott, director at Platinum Seed. “She will be a great asset to us as she understand that power of digital holistically, as opposed being used as a marketing channel only” 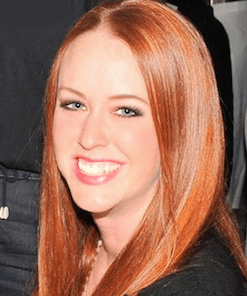 In addition to her extensive South African PR experience, she has a wealth of knowledge in arranging and managing publicity efforts for global and regional organisations in key African markets with international affiliate agencies across the financial services, technology and professional services sectors.

NetApp, a leading global data management and cloud storage solutions provider, has announced the appointment of Morne Bekker as the new South African country manager and district manager for the SADC region. Bringing with him a wealth of experience in the IT industry, Bekker will be responsible for all NetApp business across the Southern African region. His responsibilities will include the development and execution of sales and channel strategies, expanding the NetApp customer base, local skills development and enhancing the partner and alliances ecosystem.

“The appointment of Morne is indicative of the cusp in NetApp’s South African presence. Our recent acquisition of SolidFire and unique portfolio including the most comprehensive enterprise flash storage offering in the business, places us in a distinctive market position. We therefore require the right leadership as demonstrated by Morne, to execute strategy, develop long standing industry relationships and bring in new prospects,” said Fadi Kanafani, regional director Middle East and Africa.

Irvin Nkosi has been appointed as the new promotions manager at Emperors Palace.

Nkosi started his career in the gaming industry in 2004 as a Slot Attendant at a well-known gambling resort in Gauteng, and in just four years was promoted to Casino Host. Having developed a keen interest in marketing, he began pursuing his career in promotions in 2011 when he took on a Promotions Co-ordinator role, and later accepted a Promotions and Events Producer position in Durban.

“I’ve always dreamed of reaching this point in my career, and I know that I have joined a team that will add even more value to my growth in this industry,” says Nkosi. “I’m proud to be part of the Emperors Palace team, and I look forward to helping the team continue to make magic happen every day!”

Nkosi will be responsible for planning, implementing and managing strategic gaming and entertainment initiatives at Emperors Palace. He will also ensure that Emperors Palace marketing collateral and communications are consistent with the brand ethos and aesthetic.

“Irvin is a talented and hard-working young man who is well-deserving of this position, especially considering the humble beginning to his gaming career,” says Sharon de Leur, Emperors Palace Marketing Manager. “His impressive résumé and bright, cheerful attitude bodes well for his future on the Emperors Palace team, and we look forward to seeing all the wonderful work he’ll do with us.”

The SACSC has a new man at the helm

No stranger to the SACSC, having served on the SACSC board of directors from 2013 to 2015 and elected in June 2016 as vice president, Horne joined Broll in March 2003 and was appointed Group CEO in 2010. He also serves as director at various companies, is a member of the International Council of Shopping Centres (ICSC) and the Africa Advisory Board for International Council of Shopping Centres. Since 2011, he serves as advisor to the chairman / CEO of CBRE EMEA for Sub Saharan Africa.

10X Investments and Nik Rabinowitz are on a mission to #StopDaylightRobbery

It is no secret that most South Africans are deeply in debt, struggling with the escalating cost of living and battling to save enough for a comfortable retirement. Yet many families continue to put as much as they can into their retirement savings vehicles in good faith that their money is being invested wisely.

Following a highly successful activation at a grocery store checkout counter, Rabinowitz was stationed at a busy restaurant, where he proceeded to eat off from customers’ plates and drink from their glasses. His aim was to illustrate how high fees are eating away family savings and leaving retirement investors with a far less appetising retirement nest.

“Although the resulting footage is very funny and entertaining, we are simultaneously exposing an issue that is critical to the financial wellbeing and future happiness of South African families,” says Mike Abel, Chief Executive Partner and co-founder of M&C Saatchi Abel. “It has become more important than ever before to save for retirement, yet South Africans are generally unaware that their efforts are being undermined by very high management fees that have become entrenched within local financial services.”

Innovation house RubiBlue has launched Data Sight, a new company to address the need for emerging market data and its analysis as brands, corporations and start-ups look to enter Africa and connect with the 1.1 billion people on the continent who will account for one-fifth of the world’s population by 2025.

“Africa has its own nuances, and its complex cultures within its different countries hold a myriad of challenges for established businesses and start-ups looking to enter its new markets,” says RubiBlue MD and founder of Data Sight. “If you don’t understand consumers in the territory you’re entering, you’re setting yourself up to fail.”

With over ten years working in Africa and enabling financial institutions to access rural markets and give access to financial security for millions of Africans, RubiBlue is well positioned to aggregate and process vast amounts of consumer data in this sector. “There are currently 293.8 million smartphone users across the continent,” adds Ogden. “And according to research firm Ovum, the smartphone penetration rate will grow at 52.9% year-on-year. It’s these smartphone users we will use to collect data from and create a picture of Africa’s consumers.”

5FM heads for the Ballito Pro

Following on a successful partnership with the Ballito Pro for the past few years, 5FM is headed to KwaZulu Natal again this year as the official hosts of the surfing events’ after parties. 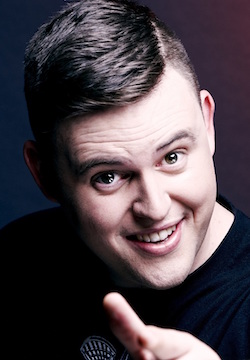 It’s going to get loud on the KZN North Coast from Wednesday, 5 July – Friday, 7 July with live broadcasts with Nick Hamman from Willard Beach and two free music concerts at Salt Rock Beach.

Nick Hamman and newsreader Carmen Reddy will be soaking up some rays in the city that’s always sunny, getting a front row seat of all the surf action. The duo will be broadcasting HammanTime from 5-7 July from 09:00 – 13:00.

On Thursday, 6 July, the free music concert at Salt Rock Beach features Snapbvck, Kwesta and Okmalumkoolkat and 5FM DJs Loyd and pH. Then on Friday, 8 July, party-goers can enjoy the sounds of Matthew Mole, Desmond & the Tutus and December Streets supported by 5FM DJs Roger Goode and Kyle Cassim. MC’s for the concerts are Nick Hamman, Carmen Reddy and Durban’s own Msizi James.