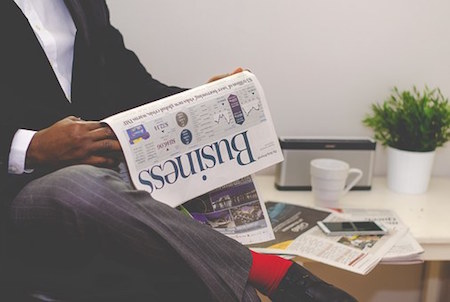 OPINION: Business media in South Africa, and pretty much in the rest of the world for that matter, seem to be blind to the most important economic story in history.

Quite simply, the story is the sustainability of the current economic system.

Business media continues with a decades-old paradigm of reporting share prices and the performance of listed companies with forays into the quagmire of political corruption, but they barely scrape the surface of corporate corruption.

It’s business as usual for business media, which simply doesn’t make much sense.

Global economic earthquakes are increasing in magnitude while world leaders sacrifice morality for money in an effort to achieve growth.

That’s the magic word and the making or breaking of the current system. Growth. In many places it isn’t happening. It used to be cyclical but all the portents indicate that the whole shebang of banking, investing, foreign trading and manufacturing is becoming less cyclically balanced and more unsustainable.

It would be wonderful if the business media started looking critically at governments and corporations that indulge in short term activities just to keep growth ticking over and shareholders happy.

Television news, day in and day out, is full of frightening scenes of the poor protesting more and more violently against the rich, who are getting richer.

Business media continues with a decades-old paradigm of reporting share prices and the performance of listed companies with forays into the quagmire of political corruption but they barely scrape the surface of corporate corruption.

South Africa is the classic case of Nero fiddling while Rome burns, with politicians too busy ensuring their snouts are first in line at the trough of personal gain, and the corporate world blind to the obvious ramifications of increased unemployment and poverty.

Already South African consumers are paying a lot more for basic goods than they should be, not because our supermarkets are profiteering but because we are probably among the most apathetic on the globe and just accept price increases as though some deity imposes them on us.

I really would like to see our business media looking at their approach to government and corporate activities from the point of view of sustainability.

Right now the corporate world is full of stories about asset-stripping, staff reductions and heaven knows what else all just to ensure that shareholders get their pound of flesh or worse, that the CEO or chairman can retire on a high.

I have personally worked for a global company that asked for a general staff reduction of 3 000 employees and budget cuts “so that the chairman can retire on yet another record year of profits”. Really?

This immoral egoism is still considered to be quite acceptable today.

I get the feeling that our business media is just sitting on the Titanic and writing about dinner menus and the escapades of the passengers in first class, instead of taking any notice of the iceberg they see quite clearly looming on the horizon.