The month of June delivered forces of nature to the Western Cape that wreaked havoc, resulting in residents losing homes, lives being lost and severe damage to many structures, including damage to hundreds of schools across the province. The people affected by the recent Cape storm and Knysna fires are reliant on the support of others and will spend months trying to rebuild their lives, their homes, their towns and their communities. Good Hope FM has joined forces with GrandWest Casino and Entertainment World to host the United in Hope Benefit Concert, taking place on Saturday, 5 August in the Grand Arena to raise funds for those whose lives have been impacted by the Cape storm and Knysna fires. 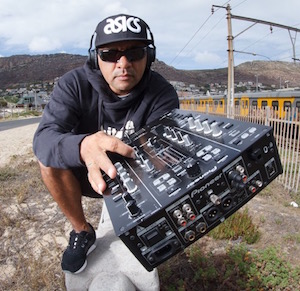 The line-up features many of South Africa’s chart topping artists including Locnville, Tresor, Chad Saaiman, Nasty C, Dominic Neill, Lakota Silva, dance company, Afrika Ablaze, New Hero, Can Skylark and many more. All the artists are giving their time and talent pro bono in support of giving hope to those who really need it.

“We encourage the people of Cape Town to come out and support this initiative. Every cent raised, goes towards the two organisations we have nominated to receive the proceeds, being Community Chest and The South African Red Cross Society,” says Brendan Ficks, Good Hope FM station manager.

Tickets are R150 and are available to purchase from Computicket.

Hellocomputer has appointed Marthinus van Loggerenberg as a senior digital strategist in its Cape Town agency. 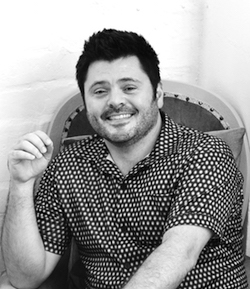 Here his main responsibility will be to combine the best audience insights, data, research, technology and distribution capabilities to connect Hellocomputer’s client brands to their audiences. Or, as he says, ‘solve problems that create narratives for brand stories across multiple platforms’.

Yet Hellocomputer and its sister agencies in the FCB Africa group have built an enviable reputation for delivering purposeful integration from strategy inception stage to final product for brands like Coca Cola, Toyota, Cell C and SA Tourism in the Johannesburg office and on Cape Town soil Wesgro and the Western Cape Government.

Importantly, this complex and ever-changing environment is one in which Van Loggerenberg not only excels, he thrives.

Stone Soup Public Relations has announced the appointment of Lisa Johnston as account director with effect from 1 July 2017. 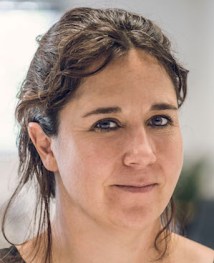 Johnston joins the company as account director with over 20-years work experience and a BA in Journalism and Fine Art from Rhodes University. Her practical experience in communications and management covers print and digital in the media and commercial sectors. She has experience in newspapers and magazines having worked for the Mail & Guardian and Getaway magazine. She is a seasoned writer and photographer who has contributed numerous articles to the Financial Mail, House & Leisure, and VISI, among others. 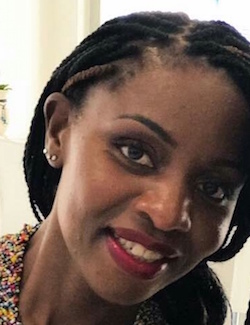 Sandra Gordon, CEO of Stone Soup said, “I am excited to welcome Lisa and Tsungai to our team. Their combined knowledge and experience will strengthen our PR team and add fresh thinking to our client communication strategies.”

The M&C Saatchi Group in South Africa has appointed Dallas du Toit as creative partner: digital. His primary task will be to continue to grow a world-class digital capability within the South African group by partnering with founding partner and executive creative director (CPT) Gordon Ray as well as Neo Mashigo, creative partner: group.

As the former ECD at Gloo @ Ogilvy, Du Toit was integral to the digital agency’s successes in Southern Africa over the last 10 years. In his career he has worked on blue chip brands like Puma, Samsung, Castle Lite, Dove, FNB & Allan Gray. He has accumulated numerous local and international awards and accolades as a digital pioneer

In addition to this key digital appointment, Ernst van der Merwe has been named the new creative director at digital agency, Creative Spark, part of the M&C Saatchi SA Group companies. He will work across the Cape Town and Johannesburg offices. Van der Merwe was formerly at Aqua Wunderman, and has led a number a fully integrated, multi-platform campaigns for brands like Coca-cola, MTN, Mercedes-Benz and Investec.

The Association for Communication and Advertising (ACA) held its 70th Annual General Meeting at the AAA School of Advertising campus in Johannesburg on 5 July. At the AGM, the new board of directors for the 2017/2018 fiscal were elected. They are:

At the meeting, outgoing chairman of the ACA board, Mike Gendel, noted that during the period under review the advertising and communications profession operated under extraordinarily difficult trading circumstances. This was exacerbated by the economy experiencing a technical economic recession and, coupled with the negative market sentiment caused by the ongoing state capture saga, weighed heavily on lack-lustre growth in marketing spend.

On matters of the ASA and self-regulation, Gendel announced that the ACA had gone ‘above and beyond’ its responsibility and mandate in participating in the restructuring and rebirth of the ASA and as a director on the ASA board, he noted his appreciation to all from the ACA who assisted as pro bono specialist consultants or donors.

It may seem an unlikely mix – an award-winning, above-the-line creative and a below-the-radar outfit that fiercely resists being called an ‘agency’ or a ‘consultancy’. But therein lies the magic, say Ireland and BNRY managing director, Benon Czornij.

“We are not bolting on above-the-line expertise and calling ourselves an integrated agency,” says Czornij. “Our complementary creative and tech expertise presents a rich offering to clients looking to solve impossible business problems.”

Ireland laughs when asked if he’s going to learn code. “Maybe,” he says.

With inhouse services in three divisions – technology and software, content production and digital marketing – Ireland and Czornij believe that BNRY is positioned to be the secret weapon of ambitious companies because they are not invested in proposing any one service, tactic or communication channel to their clients.

ProVerb appointed to Flight Centre board 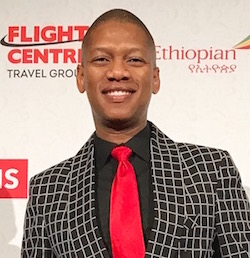 ProVerb is an entrepreneur, recording artist, has worked in radio since 2003 and is a recognised influencer in South Africa, having hosted Idols SA, Miss SA and a range of well-known radio slots at South African radio stations, including 94.7 and most recently Kaya FM.

ProVerb’s appointment as non-executive director on the FCM and FCTG Corporate boards will allow FCTG Africa to hear and learn from someone who comes with a unique perspective to the travel business, says FCTG MD Andrew Stark.

“He has a passion for travel and has a commitment to seeing both these companies grow. ProVerb is a very well known personality in the entertainment industry, which has a business appeal. We see potential in each other and an opportunity to make a difference for each other. He also represents an opportunity to open up the world to new markets who want to see.”

Atlas Security is pleased to announce the appointment of Wayne Hart as group marketing manager from 1 November 2017.

On the appointment, Gary Schewitz, MD of Atlas Security, says: “Wayne will be a huge asset to our team. With impeccable communication skills, he will be assisting us in improving relationships within the communities in which we operate, working to achieve corporate objectives and upholding our brand.”

The role of group marketing manager will be pivotal in the Atlas Security growth plans, improving community relations and developing the brand.

“It’s incredibly exciting for me to step into the corporate world,” says Hart. “After 16 years in radio I can transfer so many skills learnt at Algoa FM and extend insights into communications strategies since establishing iHart Media. It’s daunting I admit, but it’s going to be incredible.”

Johannesburg based Clockwork Media has been selected as global digital agency on Microsoft’s Windows and Devices team following an international pitch held in London.

The agency will run daily and campaign based operations for all non-US markets for Xbox.com, Windows.com and Surface.com. The mandate will include technical, creative, UX and data analyses on the platforms and will require regular participation with Microsoft’s global brand and product teams based in Redmond, Washington.

Markets serviced will include China, Mexico, United Kingdom, Australia, Germany, France and South Africa – among others.

Ciaran Burnand, former head of project management and innovations lead at Wunderman Africa (formerly Aqua) has been brought on to lead the team, which has already commenced work.

“We’re extremely excited to be tasked with a responsibility of this magnitude. It’s any agency’s dream to be given the opportunity to work in multiple markets,” says Tom Manners, MD.

Transit Ads and its widespread digital television network TRANSIT.TV have been rebranded and refreshed in line with the wants and needs of its target audience, providing advertisers with opportunities that are bolder, better and more powerful.

Transit Ads is South Africa’s largest transit media company, leading the way in innovation, marketing solutions and footprint within the transit environment. The new corporate identity reflects the finger-on-the-pulse approach and comprehensive offerings of Transit Ads™, where effective and successful engagement amongst a sought-after audience of tens of million, economically active consumers is guaranteed.

“The new look of Transit Ads points to the future and for us, in terms of our offerings and innovations, the future is now. The new corporate identity is representative not only of our business but also of our diverse, savvy, economically-active target audience,” says Shamendran Naidu, executive: Transit Ads.

In line with the new look of Transit Ads, the highly effective, wide-reaching TRANSIT.TV channel has been refreshed with a new look, a new line-up and exciting new content. The digital network flights nationally on screens in taxis, taxi ranks, bus stations and train stations to an audience of over 13 million viewers every month. 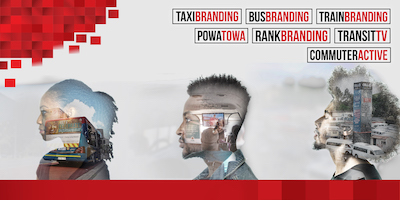