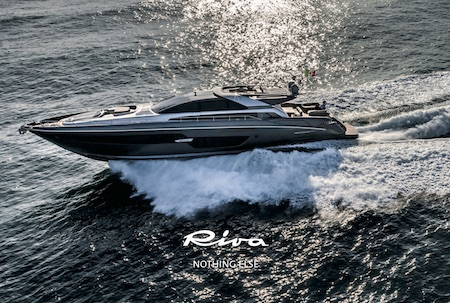 Outspoken agency founder and CEO of Admakers, Duan Coetzee, has laid into global ad and media agencies and globalisation, saying they’re stifling business and siphoning off millions of rands for the “mothership” beyond our borders.

Coetzee says “three big listed international media groups” have “gobbled up agency businesses around the globe, creating monopolies enabling them to – under different agency names belonging to the same ‘mothership’ – pitch on competing business/brands,” he says, adding that this is a “clever strategy that many clients have still not woken up to”.

He reckons if local agencies are not part of any of these listed groups or refuse to ‘align’ or sell to them, it is challenging or sometimes even near impossible to solicit business from any global clients, or to even make the pitch list.

“Similarly,” he adds, “it screams against logic that the big three media buying/planning agencies can handle (for example) competing brands under the same umbrella worldwide because they act as buyers/planners for ‘competing agencies’ belonging to the same group. So they end up sharing very sensitive information and market feedback from competing brands – within their same ‘global’ group – and often in the very same office.”

Coetzee reckons this has a direct and negative impact on investment in South Africa.

“Although these ad and media agencies under offshore listed ownership pay some taxes in South Africa, hundreds of millions of rands are being syphoned off monthly as ‘royalties’ or ‘license fees’ and paid offshore to bolster the bottom lines of the proverbial ‘motherships’ in the US or Europe,” he says. “Millions of rands that could have created local jobs or bolstered our own economy, are thus going offshore to offshore listed ‘motherships’.”

Coetzee cites an anecdote in which an account director from a globally aligned agency reported a client of Admakers to the global head office because he rapped them over the knuckles for bad service delivery and threatened to move the business.

“The client then had to ‘come into alignment’ again,” says Coetzee. “If local brand managers are being forced to deal with an agency/media house because of ‘global alignment’, some interesting dynamics takes place: The agency is no longer in the conventional role of providing a service – it’s rather a position of power or entitlement as the local brand manager cannot fire the local representative of the globally appointed ad or media agency,” he explains.

So local clients who have ‘global’ service providers forced down their throats, often get the short end of the stick, he says.

“So you get a situation where the proverbial tail is wagging the dog… no matter whether the client can get a better deal/price, better creative, better strategy, better planning, better buying, better service or a quicker response time within the international CI, he is obliged to deal with the internationally aligned company and whoever their people may be on the ground.”

Admakers is a specialist agency that markets high-ticket items such as yachts, jets, cars and real estate. Coetzee says even in that space, advertising cannot be subject to a “cookie cutter strategy” that is forced on consumers with different backgrounds and cultures and countries.

“A most elementary example: In the yachting world, RIVA is the most iconic yacht brand in Europe (and for that matter the world). So the European headline, ‘Nothing else’ works in countries like Italy, Spain, Portugal and France because literally everybody knows about and admires RIVA’s yachts.

“However, when we started marketing RIVA in Southern Africa or the Indian Ocean Islands, many people thought a Bayliner was the ‘ultimate’ boat and most have never even heard of or seen a RIVA Yacht. In fact, we still come across many who think RIVA was Oscar’s girlfriend. So perhaps one can come up with a better/more informative headline locally than ‘Nothing Else’ while maintaining the CI of the brand.”

Coetzee says like all trends or fashions, elements of ‘globalisation’ will ‘wear out’. “We see the growing discontent among some of our international clients, and some international brands are already again using home-grown independent local agencies instead of the ‘international agencies’, opting to adhere to international CI guides (which is not too complicated to achieve),” he says.

He reckons some independent agencies do have the upper hand.

“Because we focus only on high-ticket goods, we can afford a leaner team of under 100 people, we can offer clients better fees, a one-stop-shop solution – a single team with qualified and experienced specialists with a single strategy and no politics or egos – able to provide a full-circle digital media and web, conventional media, CGI, media planning and buying and even film production – all under one roof. Plus, our focus on high-ticket items enables us to offer lightning fast response time,” he says.

“Because we work in more ‘rarified air’ in terms of our clients (high-ticket items), we can also give clients daily attention on shareholder/director level, which the larger groups cannot do.

Furthermore, because we own the business and we are not globally owned (and don’t have to continually head hunt management talent), we have a very stable staffing environment … in stark contrast, the ‘global’ agencies have new faces in front of the client literally every three to six months, with very little loyalty and consistency,” he says.

And lastly, a key aspect is the focus on one thing only: high-ticket items. “Global agencies and their media partners follow the money. One moment they are consulting with a FMCG client on how to move 400 tons of fresh chicken before it goes off in three days, and the next meeting is with a car client on how to sell a Million Rand vehicle,” he says

The ‘luxury’ market in South Africa, he says, is one of “conspicuous consumption” and will continue to do well. Abroad, the concept of ‘luxury’ is rather different. “In our experience, the general population in European countries is somewhat different from locals. They are less into conspicuous consumption,” he says. “In fact, the real wealthy there are consumers of boutique ‘luxury’ brands that most locals have not even heard of and real high-ticket items like multi-million Euro watches, real estate, art, private yachts and jets.”

Duan Coetzee has put forward some controversial views on the impact of globalisation on South African agencies. How do internationally owned agencies in South Africa feel about his claims? True? False? Yes, but there’s more to it? Drop us a line with your thoughts by clicking here. You can stay anonymous. We are interested in your views and will publish responses.