Is Beats 1 really ‘the biggest radio station in the world’? 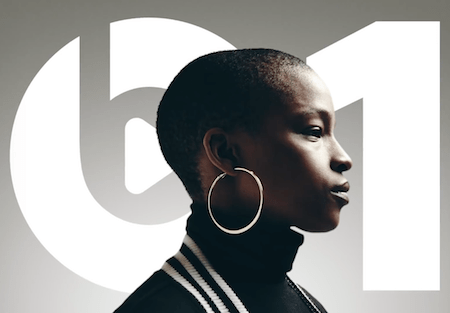 Run by Apple and available exclusively on Apple Music, Beats 1 was launched at the end of June 2015 – most audaciously grabbing presenter Zane Lowe from BBC Radio 1 at the time.

The programming is good, and high quality. It’s great to see Apple invest in radio – and invest they have, with three great-looking studios in Los Angeles, New York and London; and some great broadcasters. However, Beats 1 has hardly set the world alight, and has got its fair share of bad reviews too. I monitor radio stories from the world’s press, and it’s extremely rare that Beats 1 gets a mention. I’d assumed it was a failed project.

That’s why I’m interested to see Larry Jackson, Apple Music’s Head of Content, claim: “It’s the biggest radio station in the world. There’s no way you’re going to find another station that has as many concurrent listeners and audience-wise as Beats 1, period.”

“Concurrent listeners” means what you think it does – that at any given second, there are x thousand people listening. So what number does Beats 1 need to, um, beat?

SHOUTcast shows concurrent figures for the radio stations on its platform on its front page. The most popular station has a concurrent listener figure of about 7 000.

When I’d stand in reception in the UK’s Absolute Radio, they had live stats from their streaming infrastructure showing total online concurrent figures. It’s no longer there, but when it was globally available, I remember it saying numbers as high as 15 000, and I’m told there are similar numbers for some Bauer stations these days.

A correspondent from a large national European broadcaster tells me he is doing about 15 000 concurrent streams as well (and has space for 25 000 if needed). The BBC’s streams are probably higher – you’d think so (nobody I’ve found there knows, though). I’d conservatively guess twice as big. Local stations in the US won’t be as large, though – more competition, less coverage.

In the absence of numbers from Beats 1 to compare, we need all the clues we can get. Go hunting for images of the Beats 1 studios, and you’ll find a nice-looking dashboard on the wall. In that picture, it says “12.5k total something” on the wall with squiggly lines and cities lit up, and I got excited since Beats 1 hide this dashboard pretty well in their PR shots.

After going through far too many images and videos, I chanced upon a video where at 4’22” exactly you’ll find another shot – saying 19.7k total ‘posts’, and 28 ‘posts’ per minute. I’m not sure what this is really showing – but 19.7k concurrent listeners would be within the realms of reality. That ‘posts’ figure appears nothing to do with Twitter: in the last half-hour as I write this, there have been precisely six tweets about Beats 1, or 0.2 posts per minute. I wonder what it really shows?

It’s the most lazy journalism to rely on Google Trends, so even though it shows that Beats 1 significantly trails other radio brands in searches, I won’t make too much of it.

Radio as a whole

Apple Music is the only way of listening to Beats 1. On Android, it has between 10 million and 50 million installs, and 146 000 reviews. TuneIn has 10 times as many – 100 million to 500 million installs and 1.3 million reviews. Of course, Apple Music is pre-installed on iOS; though Spotify has twice as many paid subscribers. You don’t need to subscribe to Apple Music on either platform to listen to Beats 1, but that fact’s rather hidden; and Apple Music – and hence Beats 1 – is not available on any other platform. Not on Radioplayer, or iHeart, or RadioApp. Undoubtedly, it has less distribution than any other station.

However, of course, we’re overlooking one big point here. “It’s the biggest radio station in the world. There’s no way you’re going to find another station that has as many concurrent listeners” – the man from Apple isn’t just talking about the online world, as I’ve been doing so far – but radio as a whole.

Some of the biggest radio stations in the world are in the UK – a happy coincidence of strong national radio listening and a comparatively small amount of choice. The biggest of them all, BBC Radio 2, has 15 million weekly listeners – with a total audience of 3.2 million in the 15 minutes between 8:00am and 8:15am on a Monday morning. That isn’t, strictly, a concurrent listener figure, but it’s likely to be close. So, at peak, 3.2 million people listen to BBC Radio 2 at the same time, via FM, DAB, DTV and online. (Radio 1 and Radio 4 also do over a million concurrents at this time, incidentally).

YouTube claim two million concurrent viewers during the US presidential elections, and said it was “one of the biggest live streams of all time”. But Radio 2 achieves more: 3.2 million. Is Beats 1 really beating that, day in, day out? Has Beats 1 ever achieved that kind of level of listening?

It’s great that Apple wants to be part of radio’s success. But, if Apple really wants to show how big Beats 1 is, the Triton Webcast Metrics team have the methodology and the technology to achieve some robust, comparable figures with the rest of the online market. Apple shouldn’t forget about radio’s other platforms, too – it’s where the majority of listening happens, after all. It must be possible to appear in Nielsen or RAJAR. (Who knows, perhaps they’re privately there already).

Until then, don’t believe Apple’s alternative facts. As the evidence would appear to show, Beats 1 is almost certainly not the biggest radio station in the world. Which begs the question: why claim it is?

James Cridland is a radio futurologist. This story was first published in The Media Radio Annual in June 2017. Read the digizine here.