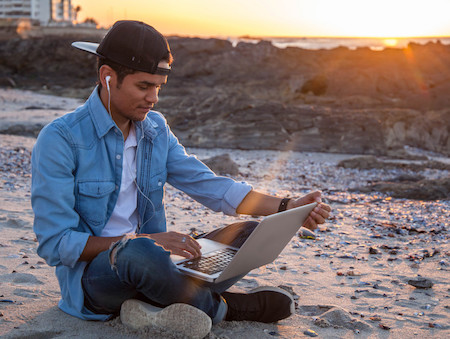 South Africa’s Parliament is debating the 2017 Copyright Amendment Bill which is aimed at aligning the country’s laws with the digital age.

I, as well as other experts and civil society organisations, have submitted comments praising many of the bill’s provisions. But we advocate for an important change – for the new law to adopt an ‘open’ fair use right, instead of the ‘closed’ version in the current act.

By an “open” fair use right, we refer to one that would authorise any fair use of a copyrighted work, not just uses for prescribed purposes like criticism and review. The reason this is important is that, in the digital world we live in today, there are an increasing number of technological uses that are fair in that they do they do not substitute for the work in the market but that are not for traditional purposes like criticism.

Modern copyright law was first drawn up in the era of the printing press. At its core it gave exclusive rights for making and selling a copies of a particular work. Every time the work was reprinted it was made available to a new consumer or new group of consumers. So protecting copies created an economic system whereby copyright owners had a clear and distinct point at which they got paid for their work.

In the digital age, a large and growing number of technologies rely on intermediate copies that do not express the work to the public in any way. These new and important uses include cloud computing, text mining, detecting plagiarism and constructing search engine indexes. All of these kinds of uses make copies of works, but not the kinds of copies that compete with rights owners. Rather, they create entirely new services for users that couldn’t exist without the right to copy.

The copying at the heart of these technologies is sometimes referred to as “non-expressive use”. The term refers to the fact that such uses may reproduce protected works, but do not do so in a way that expresses (or communicates) the work to the public, and therefore cannot substitute for the work in any market. Such uses are fair by definition.

What ownership means in a digital world

Non-expressive uses rely on the ability of machines to read thousands (sometimes millions) of works to abstract metadata from them. The metadata is fundamentally different to the original, primary work. The metadata is fact – not expression.

Non-expressive uses have enormous potential to advance human progress without prejudicing the interests of authors or copyright owners. Language translation software makes communication across borders and cultures simple and easy for anyone with a smartphone. But to teach computers to translate you must feed them with millions of examples of text from copyrighted sources. We have web applications that can recognise pictures of animals and name them, and that can recognise patterns in music and play along. But to teach computers to learn we have to provide them with data in the forms of millions of examples and pictures or songs to learn from. These examples do not substitute for the works – they cannot be enjoyed by a consumer instead of the original – but they are nonetheless “copies” in the literal meaning of the word.

South Africa has a general exception that authorises a “fair dealing” with a work. But it’s closed – not open. It applies only to uses for the purposes of research or private study, personal or private use, criticism or review, and reporting current events. Non-expressive uses are not on the list.

The alternative to a closed list of exceptions is a general public interest exception, known in the US as “fair use”. Many countries, including in Singapore, Israel, Korea, Malaysia, and Philippines, have adopted open fair use or fair dealing clauses in their laws. Such laws have been interpreted to permit non-expressive uses. And, importantly, they provide the flexibility needed to recognise other (e.g. future) fair uses of works that benefit society without harming authors. The openness of the fair use is thus often referred to as the secret sauce of the US and other fair use country’s innovation-enabling environments.

What changes need to be made

South Africa could make suitable provision for non-expressive use by simply adding the words “such as” before the list of authorised purposes in its existing fair dealing clause. This would make the clause similar to the US fair use right in that it would be open to application to purposes not specifically mentioned in the Act, but which are nonetheless fair to authors.

An alternative to an open fair dealing right, or as a clarification, South Africa’s law could be amended with a specific provision to protect non-expressive uses. Such a provision would safeguard many uses we know of today, but would have the disadvantage of lacking the flexibility we may need to permit the uses of tomorrow.