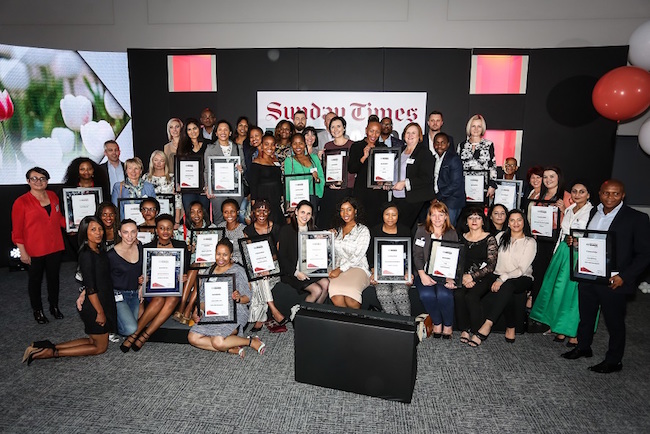 
The good news for brands is that despite the economic challenges faced by South Africa and South Africans, we have, according to Kantar TNS, through some dramatic spending changes over the past year, found a way to manage our budgets better and create space for some additional luxuries here and there.

This was a takeaway from the annual Sunday Times Top Brands survey, the results of which were announced at an awards ceremony hosted at The Empire venue in Parktown, Johannesburg.  Now in its 19th year, the survey conducted by Kantar TNS on behalf of the Sunday Times continues to be the leading barometer of consumer sentiment towards brands.

The 2017 survey polled 3 500 individuals, aged 18 years and older in both metropolitan and non-metropolitan areas of South Africa to establish a ranking of Top Brands in 32 Consumer categories.  Similarly, 468 business leaders and decision-makers were interviewed to establish the Top Brands across 12 Business categories. The Kantar TNS methodology used to establish brand ranking and category winners is based on the concept of relative advantage.  This takes brand familiarity and awareness, the perceptions of users and non-users, as well as the size of brand presence in the market into account.

Nuala Harris-Morele of Kantar TNS says, “While 2017 saw a downgrade of the South African economy and some pressure on food prices through rand fluctuations, South Africans seem to have, through some dramatic spending changes last year, found a way to manage their budgets better and create space for some additional luxuries here and there. While we see an increase in spend on beauty and cosmetics, alcohol, electronic appliances and sit-down restaurants, we can’t necessarily attribute it as irresponsible spending.  We also noticed an increase in both long and short-term insurance policy ownership.”

AT the same time, Harris-Morele said Kantar TNS has seen “a significant shift out of Business newspaper usage – likely a shift to reading on online platforms.”

Business Day continues to be the top newspaper for business people. The Sunday Times has remained in second place and the Mail & Guardian remains in third for business news. There has, however, been a dramatic drop in usership of the category implying the continued switch to online formats.

Reardon Sanderson, GM Sales and Marketing at Tiso Blackstar Group says, “We tested the Sunday Times Top brands survey and we were given a resoundingly positive endorsement in terms of ratings for awareness and value that the survey offers to marketers and advertisers alike. In an environment where there is a proliferation of awards, Top Brands is still regarded as the industry standard, where being awarded at Sunday Times Top Brands holds serious currency for brands.”

For the first time, the Consumer Overall Favourite Brand Grand Prix was awarded to KFC which improved on its third place ranking last year.  Samsung and Shoprite came in second and third place respectively.

Coca-Cola once again received the Consumer Green Award for the role it plays in preserving SA’s environment and natural resources, as well as the Consumer Social Investment Award. Eskom and Shoprite featured in the top three positions of both Grand Prix rankings. 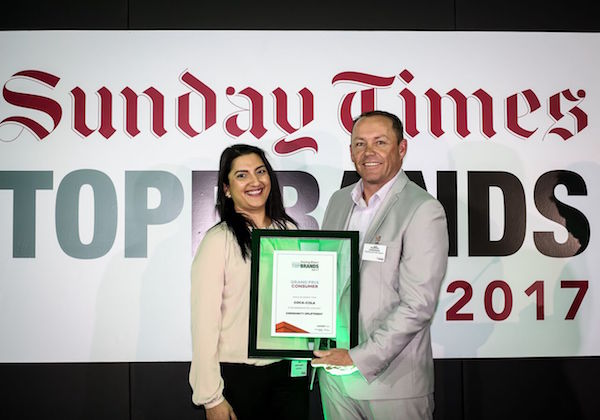 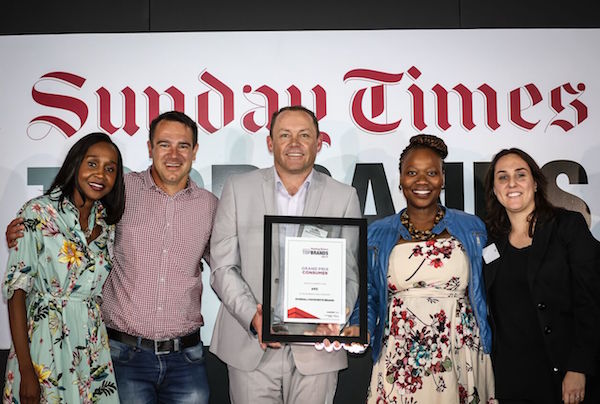 Vodacom earns a hat-trick in the Business Grand Prix Awards 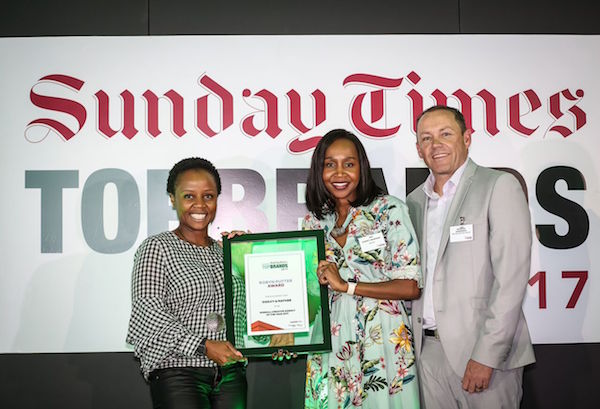 The prestigious Robyn Putter Award recognises the efforts of the creative agencies behind the winning brands. The winning agency is calculated on a points system based on the performance of its clients in the Sunday Times Top Brands survey.  The 2017 recipient is Ogilvy & Mather. 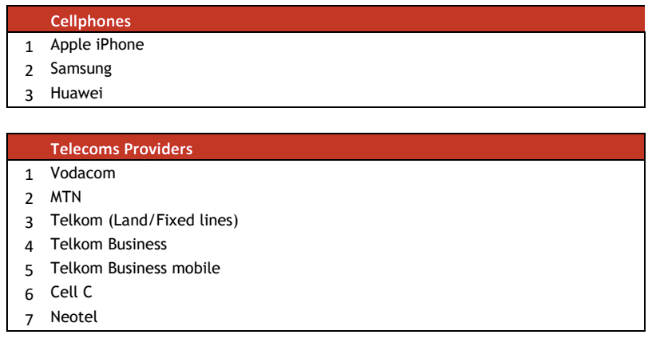 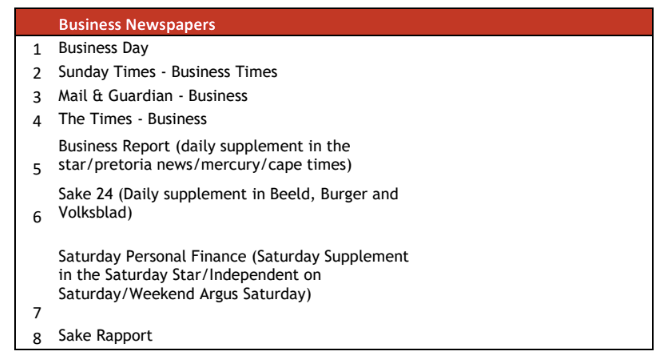 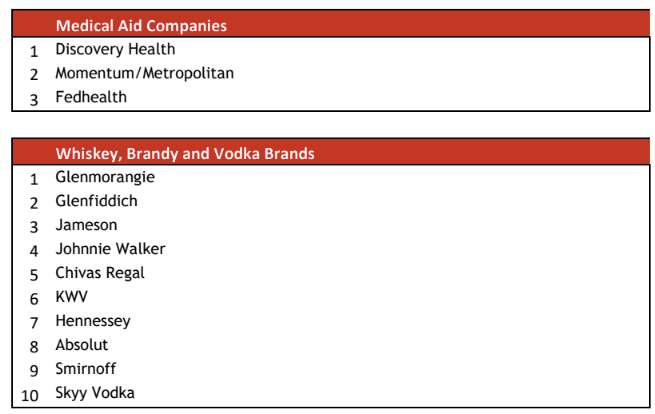