LATEST NEWS
Home Awards MOST Awards MOST and the matter of tie-breaks: The SpaceStation and Mediamark swap places

MOST and the matter of tie-breaks: The SpaceStation and Mediamark swap places

Posted By: Sandra Gordonon: September 15, 2017In: MOST Awards
Print Email 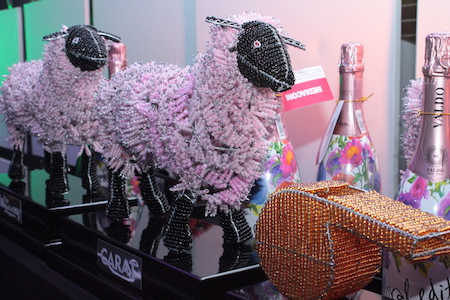 The issue of tie-breaks in deciding who comes first, second and third in the MOST Awards is a tricky one. Sometimes there is a hair’s breadth between two companies, and the decision on who takes the top-ranking position comes down to a tie-break.

This was the case in the Digital 2017 category when The SpaceStation and Mediamark Digital tied. As Brad Aigner of Freshly Ground Insights said in his story on this year’s research, “The SpaceStation has won its category in the MOST Awards on five previous occasions and won the overall MOST Award in 2013. So, its second spot (on a tie-break) in this year’s MOST Awards should not come as a surprise”. And on Mediamark Digital, he said the company had made a “strong return by being ranked third (on a tie-break) in the Digital category”.

Unfortunately, on the night of the awards, the slide reflecting the Digital category winners showed Mediamark Digital coming second, and The SpaceStation third.

For this we apologise unreservedly to both parties. There was a slip in our usually watertight proofing process.

So how do we decide a tiebreak in such circumstances? What was fascinating about the 2017 MOST Awards was how many tiebreaks we had. It was indicative of the competitiveness of the top performers in the industry. Where two companies final scores were too close to be statistically different – that is they were statistically ‘tied’, we had to use the best-in-category votes to find out which company pipped the other to the post.

Sandra Gordon is the founder of the MOST Awards and publisher of The Media Online and The Media magazine.