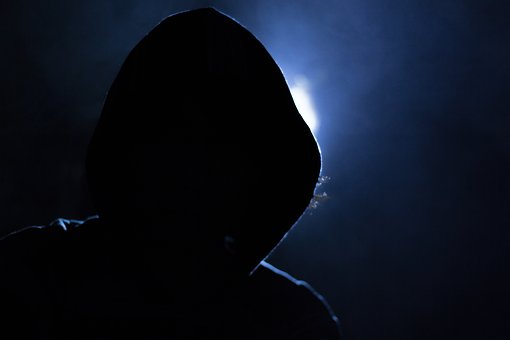 In the last 15 years, being insulted and harassed online has simply become part of the job for most journalists. At its darkest it can result in threats of physical harm – women, in particular, can be the targets of vile and distressing abuse.

For some it has actually meant dropping stories completely because of attacks by organised gangs, according to a new survey by the University of Central Lancashire’s Journalism and Media department.

Criticism of journalists is nothing new, but the ease of commenting on social media and publishers’ own sites has made personal abuse more public, allowing online gangs to form concerted attacks on social media or on media companies’ own sites.

Trolls may co-ordinate attacks on a password-protected site, then simultaneously move to harass a journalist on a public site, such as Twitter. They may even move offline – for example in the “swatting” of Mumsnet founder Justine Roberts, when a troll reported to police that a gunman had been seen near her house, resulting in armed officers appearing at Roberts’ home.

Of 267 mostly British journalists who took part in an online survey, only 6% said they had never experienced online abuse, and 15% said they had dropped stories that they knew would lead to trouble.

A free and independent press has always depended on a tough-minded, thick-skinned attitude – and it’s a matter of pride in most newsrooms that staff won’t be intimidated. This is a vital part of their role as a watchdog in holding politicians and others in authority to account.

When I put together this survey, I didn’t expect anyone to admit to dropping a story because of trouble online. I was shocked to hear that even one person would admit self-censoring, but when you read the kind of attacks they face, you can hardly blame them.

One survey respondent recalled being targeted by a famous singer’s fans after he wrote a story they considered insulting. Their campaign included death threats and setting up webpages in his name requesting child pornography. His bank account was also hacked.

Another male journalist wrote: “It is very difficult to return to subjects which led to adverse comments and insults. I find myself engaging in self-censorship.” This threatens the independence of the press.

Dealing with the problem

Managers have long sought ways to deal with the problem including robust moderation policies. Journalists have reported creating new identities online and asking colleagues to respond to attacks, replying both publicly and privately.

This survey was carried out before Donald Trump’s attacks on journalists became routine. It is a concern that this kind of abuse may be legitimised and encouraged by his actions, particularly after his link this week to a fan video of Trump hamming it up before a wrestling crowd in a ringside physical tussle, with the head of his opponent replaced by the red CNN logo. Needless to say, the network was not amused and accused the president of encouraging violence against journalists.

An invisible consequence is the effect on online debate. More than half of respondents said they no longer read the comments under their articles which means they cease to interact directly with their readership. One said:

As a male, much of the abuse is pretty trivial – stupid playground stuff. Yet the sheer volume can be wearying. The problem is that there is sometimes gold hidden in comments. But you have to wade through the shit to reach it. I prefer not to work in sewers.

So legitimate readers are punished for the behaviour of a small number of abusive users. At the extreme end, some sites have turned off the comment function altogether because moderation was simply too time-consuming to be profitable. These include major news providers such as The Week, Reuters, Popular Science and South African news site news24.com.

There’s obviously value in being bloody-minded, but the British press has long been criticised for arrogance. Abuse may exacerbate this as journalists refuse to engage with readers online and create a further divide between the press and its audience, when a closer relationship is needed.

This survey was conducted mostly among British media, but the issues arising from abuse of journalists and the effect it is having on debate is a worldwide problem. I am now working on an international survey with Trollbusters which seeks to help journalists facing abuse. Journalists are welcome to take part here.

The more we know about online abuse of journalists, the better we can work out how to effectively neuter it.