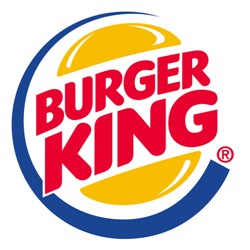 “Initiative Media ticked all the boxes for us. They are a team that  brings immense strategic insights, passion and energy to the table. They’ve already shown great enthusiasm and are a welcome extension to our team,” says Ezelna Jones, Marketing Executive for Burger King® South Africa. 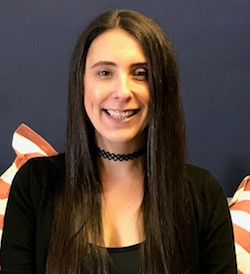 Greeff (29), who was born in Johannesburg, lived in Gauteng, the Western Cape and Kwa-Zulu Natal while growing up, but settled in Cape Town and surrounds 11 years ago. She studied photography at the Stellenbosch Institute for Photographic and Multimedia Studies.

“I’m delighted to be joining CampusKey. I’ll be in charge of planning and executing strategy for our Social Media platforms, as well as maintaining the website. I love the challenge of working in a new industry, applying my knowledge to a different market and making the most of my skillset,” says Greeff of her new position. “It also doesn’t hurt that the first two months’ strategy is about my two biggest loves – fitness and food!”

Leon Howell, MD of CampusKey, adds: “We’re thrilled with the appointment of Marlé Greeff, who brings a wealth of knowledge in her field. We’re a growing company with a committed, energetic and young team to ensure that we move with the times and offer our students an improved experience every year.” 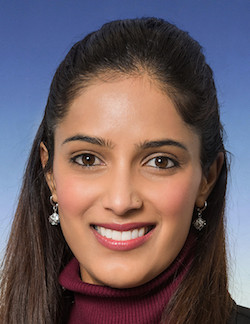 Bhana joined the Audi brand in 2016 as a special markets sales consultant, managing key accounts within the rental, government and fleet businesses. Previous to this role, she has held positions in events and promotions, as well as internal communications within the Volkswagen Group of South Africa.

In addition, the PR portfolio will also serve as an extension of the current marketing and product team overseen by Asif Hoosen, head of product and marketing.

JCDecaux together with Cars.co.za, an online automotive retail portal, have joined forces to offer South African vehicle buyers the most comprehensive resource available, to enable them to make the most informed decisions.

With a strong presence on multiple digital platforms and ranked in the top five branded South African YouTube channels (source: Socialbakers.com), Cars.co.za embarked on a month-long campaign, identifying JCDecaux as an out-of-home advertising solutions partner to offer a diverse and rich medium that would allow for a unique spectrum of creativity.

Cars.co.za identified that audiences are constantly connected through their smartphones and tablets and while mobile offers an opportunity for brands to communicate directly with consumers, competition for their attention is high in the increasingly fragmented media environment.

Mark Cooper, CEO of JCDecaux sub-Saharan Africa said the collaboration between JCDecaux and Cars.co.za is a “great example of how classic billboards, which are incredibly dominant, and strategically placed, are a powerful tool to communicate a brand’s message.”

After a hotly contested pitch process, WWF South Africa – part of the world’s largest environmental network – has appointed M&C Saatchi Abel & MADE Agency to partner with them.

M&C Saatchi Abel has been appointed as lead agency and will be partnering with MADE, who will be focused on integrating new strategies through digital channels. Together, the agencies are tasked with building a greater awareness and understanding of the meaningful change WWF brings about.

“Working with WWF-SA and M&C Saatchi Abel represents a great opportunity to bring powerful creativity together with our data-centric, digital headspace. We look forward to providing the means to measure strategies against results and helping WWF to maximise their investment in marketing,” says Adam Holtrop, executive creative director at MADE.

WWF elected to join forces with M&C Saatchi Abel and Made because of their ability to translate brand intentions not only into compelling stories but also to deliver true behaviour change.

Dr Morné Du Plessis, CEO of WWF-SA, says: “We wanted partners that would be fully engaged in helping us drive our brand forward over the long-term by raising awareness and creating an understanding of our many initiatives across so many aspects of South Africa’s environmental realities.” 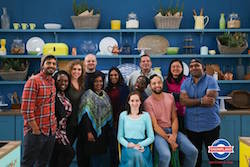 South Africa’s most iconic baking partner, Snowflake, has announced that it will be a product sponsor for season 3 of The Great South African Bake Off. The series returns to BBC Lifestyle this October with Expresso Chef Zola Nene entering the kitchen as a fresh new judge.

Snowflake will honour its ‘too fresh to flop’ promise as the flour and baking aid sponsor for the competition, as novice bakers go all out to impress the judges and bake their way to the final. Contestants will be challenged weekly with a new technique, as they race against the clock (and each other) to produce delectably creative bakes.

Darlene Smith, marketing executive from Snowflake, says their sponsorship of the iconic reality show has just the right measures of baking success.

General manager and VP of BBC Worldwide Africa, Joel Churcher, says it’s a pleasure to once again have Snowflake at the baking bench.

The Great South African Bake Off airs on Tuesday 18 October at 20h00.

Turner partners with African Animation Network for the DISCOP 2017 Trade Fair in Johannesburg
Turner Africa has announced its official sponsorship of the African Animation Network (AAN) Animation Village for this year’s DISCOP Trade Fair. Operating key international brands such as CNN International, Cartoon Network, Boomerang, Boing, Toonami and TCM – Powered by Movies in 49 African countries, Turner is strengthening its ambition to support and grow the animation industry across the continent.

As a sponsor for the second year running, Turner’s role will boost AAN’s efforts to develop animation talent in Africa by leading several activities that will be hosted at DISCOP’s African Animation Village.

Turner will lead a round table discussion on Wednesday 25 October on how local content can be developed through partnerships between local creators and international brands. This panel discussion will be co-animated by Ariane Suveg, Head of Programming and Acquisitions Manager of Turner Kids’ Channels in Africa, and Howard James Fyvie and Andrew John Phillips, writers from Punch Monkey Studios.

The session will present a case study on Turner’s engagement with African animation producers and talents from DISCOP 2016 through to 2017. The official sponsor will also participate in the Animation Unites Africa Panel Discussion.

Over the past 12 years, Vuma Reputation Management has evolved by building on its strengths, expanding capabilities and deepening expertise – and their brand is now following suit. 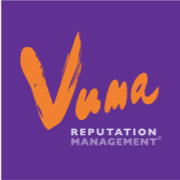 Janine Hills, founder and CEO of Vuma Reputation Management, says:  “In line with our strategy to grow our presence in Africa, and our recent Memorandum of Understanding (MOU) with four leading African communication agencies across the continent, we wanted our brand to capture the energy, vitality and diversity of Africa.”

Brand designer Brigitte Dewberry says the company has made subtle changes to its corporate identity “which include modernising our existing African colour palette to bold and vibrant contemporary colours that capture our brand essence of being a world-class African company capable of competing on any continent.”

With an exciting rebrand on the way, and the launch of the new digital marketing department, this 360-degree full service agency is setting precedence in its realm. Currently RCC is partnered with a bouquet of local and international top tier clientele from the $2 Billion Zanzibar Amber Resort in Tanzania, to Medici medical app in the States, the Cape Royale Luxury Hotel and Grey Boutique Hotel in De Waterkant, Piano Lounge, Sky Bar and Cocoon night club; MyUtopia premium yoga studio; Jekyll and Hide luxury leather luggage manufacturers to name a few.

“Running a company is not an easy journey, however, if executed correctly the outcomes are extremely rewarding” says owner and Managing Director of Red Carpet Concepts, Jade Allen. “We’ve reached a point on our path where our vision and mission have become a reality