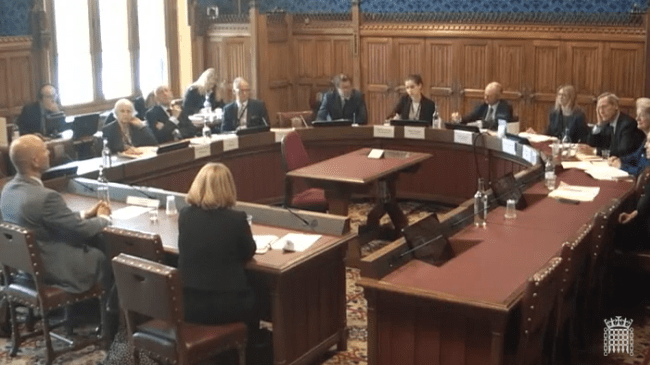 BrandsEye, the South African opinion mining company that accurately predicted the results of the Brexit vote, addressed Britain’s House of Lords on Tuesday.

“It gives you a view of where there’s something missing in an opinion poll as we’ve seen in the elections gone by,” Kloppers told the committee at Westminster, adding that mining opinion on social media is a great supplement to traditional polling techniques.

BrandsEye achieves high levels of accuracy by combining machine learning algorithms with human contributors. Kloppers explained that BrandsEye sends a statistically significant sample of the data it analyses to human verifiers known as ‘The Crowd’. Each social media post is sent to multiple raters in the Crowd, who earn money by competing with others to verify the sentiment of the posts. BrandsEyes’ crowd is made up of people from around the world, speaking a number of different languages.

On predicting Brexit, Kloppers said that after noticing some social media analytics companies who used algorithm-only sentiment analysis were predicting a win for Remain, he became curious. “Our AI system learns from how our Crowd processes data to better serve the Crowd with relevant information. If you’re using [only] algorithms to understand how people feel you’re probably getting the wrong answers” he said.

Emphasising the difference between opinion mining and traditional polling techniques, Kloppers said that by analysing social media data, “you’re listening to everyone that’s volunteering an opinion”.