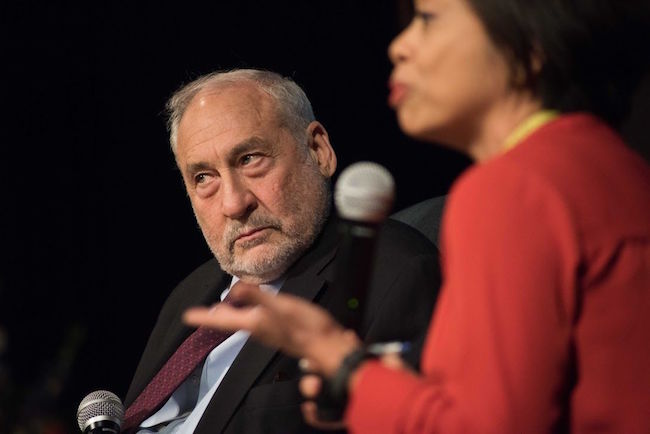 
The 10th edition of the Global Investigative Journalism Conference brought together top muckrakers from around the world to share ideas.

“South Africa is in a golden era of investigative journalism,” said Anton Harber of Wits Journalism School and co-convener of the conference. “Our journalists have put themselves at the centre of the political debate about the future of this country.”

Investigative journalism has really stepped up its game globally. Great work is being done across the world, and this conference gave delegates the chance to hear about work from other countries that they may otherwise not have known about. The gathering also reinforced the fact that many an investigative project these days is a collaborative affair, sometimes even cross borders.

Dr Glenda Daniels, senior lecturer in media studies at Wits University, believes the biggest challenge in the run up to the ANC’s elective conference in December will be verification of information for journalists. “People are going to plant information with journalists and if you want to leap first and have a sensational front pager, you are going to run with the information you’ve got, which may not always be correct,” she said. Another challenge for investigative journalists, she said, was protection of sources.

Impact is not always immediate

One of the most interesting points raised by many during the gathering concerned the impact of investigative work. During a session devoted to discussing state capture, a question was asked on whether the journalists on the panel were disheartened by the lack of action and/or change despite their unearthing of damning information. Jacob Zuma, of course, was the example was cited: he’s still in power, despite all the exposes and scandals and indications of corruption. Every journalist stressed that the impact of investigative work was almost always never instantaneous and that time needed to pass before its full impact played out.

As seen most prominently in South Africa by the state’s attempts to quash Jacques Pauw’s new book, The President’s Keepers, investigative journalism is under attack, and not just in South Africa. Harber explained that the conference gave stakeholders a chance to work on strategies to defend it from those seeking to disrupt or silence the findings. “There isn’t a place in the world where investigative journalists aren’t facing an attack of some sort,” he commented.

Daniels said, “The present South African government has learnt extremely well from its predecessors on how to censor and how to intimidate. But it can’t possibly work because we have such a strong civil society in this country, we have huge independent media who will protect each other and we have the judiciary and the Constitution.”

A big topic covered at the conference was how investigative work is being funded, and a discussion on new ways to ensure the work remains impartial. Independent bodies have been raised funds through crowd funding and other donations, allocated to investigative journalists who approach them with their projects.

Harber said, “In this climate, foundations, private individuals, corporate have come together to say we must support investigative journalism in a way that I have never seen before … We’re telling funders to put the funds in a neutral foundation where it’s hands off, where you leave it to the good and the great and the trustworthy to decide how to use that money”. Daniels agreed, explaining that money has to come from crowd sourcing, fundraising from NGOs, benefactors and the like.

Harber’s message to investigative journalists was an inspiring: “The work you do is critically important in this country, on this continent, around the world. It can only be done collaboratively. We have to look after it and defend it and assist each other.”

News24 editor Adriaan Basson was one of the panellists on the state capture panel. He spoke to The Media Online, explaining why investigative journalism was important and the challenges it faced.