Celebrity campaigns and rape culture: the pluses and the pitfalls 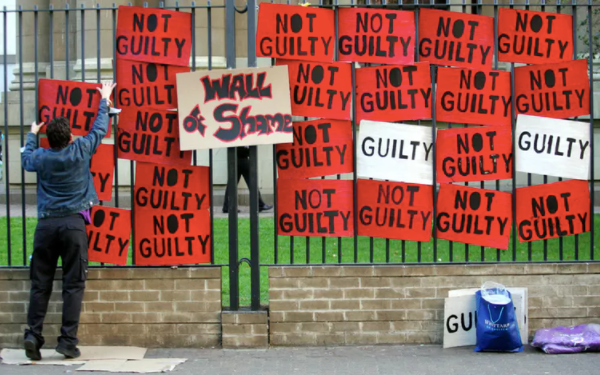 The collective outcry from women on social media, using the #Metoo campaign, to indicate that each of them has been a victim of sexual harassment, has gripped the global imagination.

After the revelations that film producer Harvey Weinstein sexually harassed and abused young actresses over many years, many of his victims came forward to tell their stories. Women in South Africa also joined the campaign, sharing their experiences of sexual assault, harassment and abuse. Singer Jennifer Ferguson has spoken out and so did some of the ANC women veterans who were in the liberation struggle.

The #Metoo campaign shows that we should not think of Weinstein as an isolated case, or just one bad apple. There are thousands more like him. Globally, sexual harassment has become normalised.

As the Chair of the Sexual Harassment Advisory Committee at Stellenbosch University in South Africa, for many years, I have seen how complicated and difficult it sometimes is to get justice for victims, even with a good policy and grievance procedure in place.

In South Africa it took the #EndRapeCulture campaign on university campuses in 2016 to show how deeply embedded and normalised sexual harassment is on the country’s university campuses which are microcosms of the larger society. It is important and significant that women have spoken out, raising consciousness.

What #EndRapeCulture showed is that individual men are socialised and groomed into the normalisation of sexual violence and that unless we look at this as a systemic problem, we will only remove perpetrators one at a time and still not deal with cultures that promote sexual violence.

The #Metoo campaign is not limited to abuse and rape. It includes the spectrum of behaviour that can be nonverbal, like leering or offensive displays of women’s objectified bodies as in advertising campaigns, or sharing pictures without women’s consent, verbal – like jokes, catcalling, flirtation and unwelcome invitations, as well as quid pro quo forms: the threat of retaliation or victimisation if women do not submit and the promise of reward if they do.

Given the deeply sexualised societies we live in where the media contributes to saturate society with normalised sexual abuse – most women would have experienced one or more of these types of behaviour from men.

How useful is it then to say “me too”? Does it trivialise the more traumatic forms of harassment, specifically rape? Does it reduce a very traumatic incident to a soundbite?

There are women survivors who actually did not join the campaign because they feel strongly that it diminishes very serious trauma and re-traumatises survivors.
There has to be a balance between exposing perpetrators, showing solidarity with women who take action, and respecting due process of the law.

I am in one in three and

Four young women clad in black silently stood in the front of the podium, facing the audience when President Zuma announced the results of the 2016 local government election, holding up these placards to remind the nation that Zuma himself is deeply implicated in sexual abuse.

It takes enormous courage to go through a rape trial. Journalist Redi Thlabi’s book about Khwezi, the women who accused Zuma of rape – he was acquitted – has shown us the conspiracy of silence around her ordeal. How strong was our solidarity with these courageous women?

I am not diminishing the #Metoo campaign, but the question is: “What do we do now?”

There are demands for men to join another #Metoo campaign – to say that they, like Weinstein, are perpetrators. There are calls to name and shame men who are abusers. That was what The RU (Rhodes University) Reference List was all about The RU Reference sparked the #EndRapeCulture campaign in South Africa that led to many task teams being appointed at universities to investigate rape culture, but it’s unclear if the perpetrators were prosecuted.

Indian feminists are worried that making dubious claims can do a lot of damage and undermine years of hard work by feminists to put sexual harassment policies and procedures in place.

It was actually Tarana Burke, an African American woman in the US who started a Me Too campaign in 2006, after a 13 year old girl confided in her that she was abused. Burke felt guilty that she did not do enough. For 11 years she has been doing the hard work that needs to be done with survivors of sexual abuse. Burke’s campaign is not part of a celebrity culture that is surrounding the current #Metoo campaign.

But we need to get men on board. Weinstein needed to be exposed. All others like him need to be exposed. He should not be able to claim sex addiction. He should become the “poster child” for what can happen to sexual abusers. We can only break the silence when men who know of men who harass stop colluding and speak out. Collusion enabled Weinstein. This is how rape culture works. 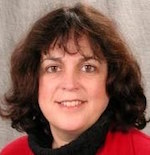 Amanda Gouws, Professor of Political Science, Stellenbosch University. This article was originally published on The Conversation. Read the original article.

Image: An activist during Jacob Zuma’s rape trial in 2006. He was acquitted and went on to become South Africa’s president. Reuters/Siphiwe Sibeko