LATEST NEWS
Home Media Mentor Here is the news: You are an independent contractor, not an employee

Here is the news: You are an independent contractor, not an employee 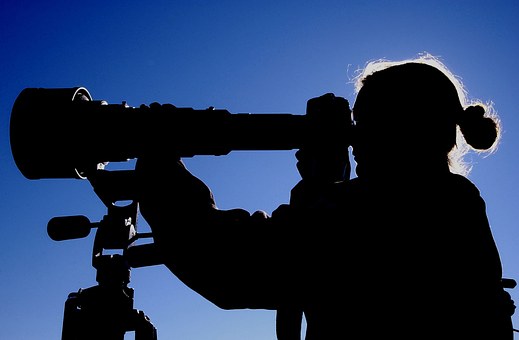 “What is the purpose of having your cake if you can’t eat it?” a friend said after a couple of beers. Even he would admit that it sounds less profound over breakfast the next morning.

But the “wisdom” rings true when considering the needs and rights of employees and entrepreneurs: who would not want the protection of employment legislation but also the freedom of being your own boss? This tension between the status of employees versus independent contractors has been with us for centuries and still confounds employers, businesses, tribunals and courts.

Recently, the Labour Court considered an application by the national broadcaster who sought to review a decision by the employment tribunal. In South African Broadcasting Corporation SOC Ltd v Padayachi and others (D5510/15, judgment delivered 31 October 2017) the SABC argued that the arbitrator got it wrong when he held that Ms Padayachi was an employee and that the termination of her contract constituted an unfair dismissal. The court considered the facts and confirmed that the tribunal would lack jurisdiction to determine the fairness of a dismissal if Ms Padayachi was not an employee.

While this may sound academic, in practice this is critical as the tribunal’s decision on jurisdiction attracts a different test for review as its finding on merits of a dispute. The court confirmed that reasonableness does not matter when it comes to considering the tribunal’s finding on its own jurisdiction: it is about whether the finding is right or wrong.

To determine whether the tribunal had jurisdiction, it had to consider whether M Padayachi was indeed an employee – as she alleged – or an independent contractor – as suggested by the SABC. The court confirmed that the statutory presumptions on employment (section 200A of the Labour Relations Act, 1995 and 83A of the Basic Conditions of Employment Act, 1997) do not apply where the individual earns more than the existing Earnings Threshold (ZAR205 433.30 per year). Absent the statutory presumption, a tribunal or court must consider the following factors when establishing the true nature of the relationship between parties:

The court confirmed the above position in State Information Technology Agency v CCMA & Others (2008) 29 ILJ 2234 (LAC). In Padayachi the court reminded us of the guidance previously provided in SABC v Mckenzie (1999) 20 ILJ 585 (LAC) where the Labour Appeal Court stated as follows:

The court disagreed with the arbitrator regarding his finding that Ms Padayachi was an employee, notwithstanding the wording of her written agreement with the SABC. The fact that she may, on occasion, have had to co-host with other presenters or employees of the SABC did not satisfy the control or supervision requirements of the employment test. She also rendered a specific result to the broadcaster, rather than just making her productive capacity available.

The court found that “[i]t does not appear that there was any much interference by anyone on how she packaged, edited and read her sports news.”

The regular meetings she was supposed to attend were also in relation to the result she had to produce and did not equate to regular attendance of general staff meetings. It was also common cause that she did not participate in the employee pension, housing, medical aid or bonus schemes, which schemes were open to employees. She did not receive annual or maternity leave. The court confirmed that, in the light of these factors, she did not form an integral part of the broadcaster’s operation. In conclusion, the court stated that it did not find that the evidence materially differed from the wording of the written agreement between the parties.

Businesses face a growing need to optimally manage their staffing solutions. Solutions range from fulltime employees to completely independent contractors, part-time workers to outsourced service providers, seasonal workers to zero-hour contractors, with options in between limited by imagination, legislation and prevailing norms. Finding the sweet spot in respect of human resources can unlock phenomenal gains for businesses. There is no off-the-shelf solution that applies readily to all businesses, though.

The needs of driver rental companies differ markedly from those of call centres or retailers. Understanding the actual business requirements, changing views of the courts and tribunals, demands of the relevant workforce and applicable legal framework is critical in optimising workforce requirements. Lessons learnt from diverse industries and jurisdictions can assist organisations to manage the cost inherent in staffing solutions and can become a competitive differentiator in many industries.