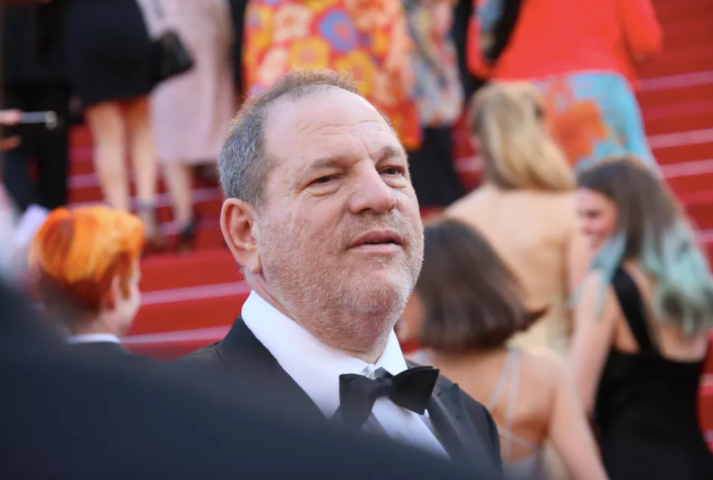 Two questions are typically asked of sexual abuse survivors after they publicly come forward: Why didn’t you speak up sooner, and what is your motive for coming forward now?

When asked the same questions, the women who have just come out against Harvey Weinstein, the Hollywood mogul who is accused of multiple unwanted sexual advances and assaults, said they feared for their careers and reputations for many years. They have now been empowered enough by recent media attention of other accused powerful men who have faced allegations of sexual impropriety, including Bill Cosby, Roger Ailes, Donald Trump, Bill O’Reilly, to risk the potential negative consequences.

Since the story broke several celebrities have denounced Weinstein, while others have reported that they have also endured his harassment. So does this mean that survivors of powerful men’s sexual abuse now have adequate media and system support?

Survivors often choose to stay silent because they feel powerless. Part of the exposé on Weinstein – following investigations by the New Yorker and the New York Times – unveiled allegations of the use of coercion, threats and money to successfully silence people for decades. That included journalists.

When survivors are brave enough to go to the police, their work organisation, or school they attend, their grievances are often given lip service without real action being taken. Research shows these same patterns are repeated in media coverage of sexual abuse. Most media coverage in the past two years included some kind of condemnation, and was also quick to move on or allow other stories to overshadow the coverage.

Many survivors wait or don’t come forward because it is also common for them to be accused of lying. Some celebrities called the women who came forward against Cosby “unrapeable” or attention seekers. Until comedian Hannibal Buress famously called out Cosby, accusers were mostly ignored altogether. Trump dismissed one his accusers as not being attractive enough for him to assault – to a cheering crowd of supporters.

O’Reilly, who left his primetime TV show over allegations of sexual harassment, successfully pedalled the myth that any successful man will be the target of several false accusations.

Facing the risk and publishing

Standing up to powerful men, particularly those who control media organisations and Hollywood, is not a straight path for journalists either. Ronan Farrow’s New Yorker piece was said to be originally intended for NBC. He had recorded several taped interviews of women coming forward and had carefully researched this story since 2013. Yet, ultimately NBC passed. There are reports that The New York Times intended to uncover this story a decade ago but decided to pass until now.

Weinstein’s response was an anticipated and real threat for journalists. In addition to allegations of bullying, Weinstein had also threatened to sue those who wanted to expose him. For many years this worked for Weinstein and others because of the power they hold. As a presidential hopeful, Trump once said, “I could shoot somebody and I wouldn’t lose any voters”. This brazen attitude in male entitlement is now being challenged more and more (but not enough). Although media coverage hasn’t been perfect in handling sexual assault and generally power abuse stories, it’s the media that’s provided the forum for these stories to come out – not the company, and certainly not the industry (where jokes were openly made about Weinstein).

Coverage often repeatedly emphasises the accomplishments of accused powerful men as a way of minimising (sometimes unintentionally) their sexual abuse allegations and justifying their continued access to power. Jerry Seinfeld still esteems Cosby as “the biggest comedian of all time”. Most Republicans, who initially denounced Trump’s Access Hollywood tape, quickly reinstated their support for him to ensure a presidential win. The film director Roman Polanski fled to France in the 1970s to avoid being charged with the rape of a 13-year-old, but has still managed to direct award-winning films. Even now O’Reilly is re-positioning himself as a credible conservative and US history critic after being awarded a multi-million dollar severance deal.

Media coverage led to Weinstein being fired. But it is fair to say that while public sentiment and media coverage condemns sexual abuse more than it did before, being accused of sexual abuse is still not a deal breaker for powerful men. Trump was voted in as president, Ailes went from Fox News to working on the Trump campaign, O’Reilly continues to work in the industry, and though several of his media deals were cancelled, Cosby successfully went on tour after the story broke against him in 2015. Cosby did go to trial in summer 2017, ending in a mistrial. He will return to court in 2018. However, no convictions have been made in any of these high profile cases, allowing all the accused to continue with their lives, even if they have been disrupted.

And there are some who are already politicising the story, diverting attention away from Weinstein and the seriousness of sexual assault. Critics have sought to capitalise on Weinstein’s support for the Democrats, rather than point to the systemic issue of misogyny that spans all parts of public and personal life. Some have highlighted sexist decisions made by the Democratic party, such as backing candidates that don’t support women’s reproductive rights, or choosing to take cheap shots at Hillary Clinton.

It’s powerful to see more and more women come forward to speak out against Weinstein, but media coverage too often does not treat sexual assault accusations seriously until several or at least more than one survivor has come forward. This may be because media organisations fear retribution or want to be extremely careful before laying charges against someone (which of course they should), but it also points to a high acceptance of abuse by men in power. It ultimately reinforces the claims made by people like Trump, that they can do what they want and get away with it.

Most sexual assaults happen when a predator isolates their target. There are no witnesses, and the survivor has no idea of any other survivors out there. Often credibility of witnesses is based on how many there are, so the gravity of sexual abuse allegations are dismissed until enough survivors coming forward and it can no longer be ignored. The momentum garnered by major cases like Weinstein, and scrutiny of their companies and organisations, is crucial in shifting public opinion and giving a platform to survivors. However, focus must be maintained if this issue is not to fade away from view, and for more people who are abused to taken more seriously from the start.