LATEST NEWS
Home Agencies Millennials versus Afrilennials: Ignore the differences at your peril

Millennials versus Afrilennials: Ignore the differences at your peril 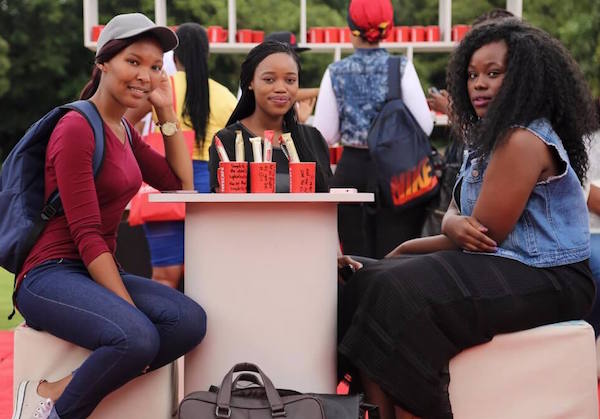 
Marketers who ignore the differences between Millennials and Afrilennials are taking a great risk with their brands and communication strategies, but those who appreciate the subtle nuances between the two ‘generations’ and use this understanding to fine-tune their brands’ relationship with consumers should experience growth in terms of sales and brand value.

It is vital that marketers understand and appreciate what is shaping Millennials, one of the most important consumer segments in today’s market, but they should also take one step further to appreciate the Afrilennial, as they are vital influencers in a South African context.

The term ‘Millennial’ was originally coined by Howe and Strauss to refer to Americans who were 18 years old in the year 2000. Today it’s used to refer to the generation of people born between 1982 and 2004, so therefore roughly between the ages of 13-35.

Crucially, what makes Millennials very different to generations before them is that they’ve grown up in a digitally connected world, and their unprecedented access from a young age to global and social systems make them the most empowered generation we’ve ever had.

But, with the global recession of 2008, Millennials saw their dreams fading – education, the key to success, became too expensive and the job market slumped. Then, the political and social turmoil kicked in with unprecedented numbers of refugees excluded from society and the rise of the right across the world.

The Millennials’ response has been to agitate for change. They’re challenging governments and businesses to be more transparent and responsive, and this behaviour is fuelling disruptive products, services and technologies.

This is particularly true of the Afrilennial, who knows that accesses to education is the key to success and are agitating for radical change to open opportunities for all.

Link this to the fact that Afrilennials are more nationalist than their Western counterparts and it is not surprising that Afrilennials are intent on shaping the Africa they want to see. They describe themselves as ‘woke’, as visionaries, claiming ‘We have no chill because our Mommas didn’t work so hard for us to be mediocre’.

Millennials prefer to spend their money on new experiences like travelling, hobbies and education, rather than on expensive stuff. Their self-confidence and happiness depends on how filled their life is with events, not things, because they desire to enrich their life with experiences that cannot be taken away from them.

As a result, many ‘Western’ Millennials don’t want to invest in expensive and long-term projects, and prefer to rent and move around using Uber instead of carrying huge loans. This doesn’t mean they are anti-materialistic; they just want more sustainable ways of doing things. So, instead of everyone buying everything, they share.

Consider the impact of this behaviour on financial services institutions, vehicle manufacturers and other consumer goods sectors in Europe, North America, Australia, New Zealand and the like. But then also consider that, unlike many Western Millennials, conspicuous consumption is okay for Afrilennials.

Most Afrilennials are first generation middle-class and are actively playing asset catch-up. For them, dressing the part helps you become the part.

Globally, Millennials are redefining value to include social, economic and environmental responsibility. They place a premium on authenticity – and they don’t like being ‘sold’ to. They also have a fluid identity and are blurring the lines between genders and traditional family values. This freedom is paving the way for various trends, such as childfree lifestyle or switching family roles.

Millennials see the world through concise images and messages in social network systems, quite often not needing to assemble them into an organic whole. Bite size consumption of information is the norm and there’s very little time for in-depth study, but the new generation knows something about many more things than ever before.

Crucially, in the Millennials’ chase for content consumption, they often don’t crave depth, sometimes not even truth. Further, they tend to adjust the world to their interests and needs, not the other way around. Millennials like to make themselves and their friends their heroes. They look up to each other.

For a Millennial, anyone can become a media channel. And, while they aren’t trying to be perfect – they aspire to being ‘flawsome’ – awesomely imperfect. This is vital for Afrilennials, they are Proudly African whereas their American counterparts are not as nationalistic; they aspire to put their unique African touch on their look and ideas.

In marketing and social science or anthropology speak, a ‘generation’ is a means of classifying people according to a general worldview and mindset. Any single generation will span between 16 and 24 years, and are sometimes determined by major world events.

For example, Silent Generation officially starts in 1929 with the Great Depression and ended in 1945 with the end of World War 2, while the Millennial Generation’s starting point was based on being 18 years old in the year 2000.

The classification of people into generations is artificial if you read it too strictly. It’s absurd to think everyone born between certain years subscribes to the same ideas, which are different from everyone born in a previous generation. The years are just a guide, and what matters is the general worldview and mindset.

The classification of people into global generations is also artificial if applied too rigidly. Nevertheless, there are some global trends that are quite universal; take for example, Millennials protesting at the cost of education across Africa but also in the United States.

The best way to understand the difference between generations is to look at what’s changed in the world, and how generations respond to this change versus the previous generation. For example, Baby Boomers responded against the Silent Generation’s proclivity for war by embracing peace and love, nudity and psychedelic drugs but Generation X rejected the anti-materialism of the hippies and embraced artificiality and material success.

Rita Doherty is chief strategist at the FCB Africa Group