On the physical death of The Times 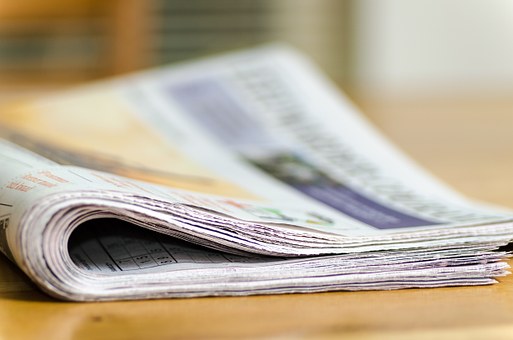 [OPINION] About two years ago, the circulation of The Times overtook that of The Star, which had been Joburg’s biggest English-language newspaper for much of a century. For a paper less than a decade old, with a staff much smaller than The Star’s, this was a spectacular feat.

The rise of The Times was the reward for a clutch of virtues: punchy reporting, jocular design and sub-editing, superb photography by the likes of Alon Skuy, and potent columnists like Justice Malala, Tom Eaton, Jonathan Jansen and Darrel Bristow-Bovey. The Times actually made you laugh – a rare feat for any newspaper. Try laughing at the New York Times or the Guardian. You’ll have to fake it.

The Times is still funny, and still good, despite the exit of former editor Stephen Haw, who was at the helm when it overtook The Star. Under his successor Andrew Trench, the paper’s hard news coverage has been stronger, compensating for the loss of Haw’s inventive and irreverent editorial touch.

But news is that the owners, Tiso Blackstar Group, are planning to close the print edition, because it’s not profitable, and turn it into a “premium” digital product for subscribers.

Which is to say, you still pay for the paper, but you don’t get the paper it’s printed on. To which a lot of readers like me will say something along the lines of “Ag fuck off maaan”.

Because really, I refuse to pay money to inflame my attention deficit disorder and deepen my subjugation to the demon kings of the digital economy. If I’m going to pay for your paper – and I do want to – I need to sit down and read it by daylight, off a tree-derived surface, like the dignified homo sapiens of old. Like we always did, back in the days of human civilisation.

The realities of their position

I also want my two-year-old son to sit with me and point at the photos in the paper and say, “Woss dat called?” without inadvertently converting his brain into a Big Data extraction site.

But the bosses of Tiso Blackstar Group. (there’s a mysterious full stop at the end of their logo which is weird but I’m going to respectfully reproduce it here) are min geworry about my nostalgia and parental anxiety. And I understand the realities of their position.

Because newspaper bosses these days simply can’t convince the likes of Coca-Cola or Vodacom or Discovery or Woolworths or Outsurance to buy print ads anymore. Most South African corporates are now of the view that print advertising makes no difference to their bottom lines, and that only digital ads work. Even satellite TV ad sales are diving, apparently, because consumers are streaming their TV shows rather than viewing scheduled broadcasts.

It also helps that online video ads are still way cheaper than print or TV ads. You know the ones: they enrage you for three seconds before you watch a YouTube clip, leaving no imprint of the product on your memory.

So perhaps the executives who make these decisions say to themselves: “Well, we’re not REALLY sure if digital ads work, but shit they are cheap, and this digital jargon gives me a real hard-on. Also, our profit margins on our products (which people basically can’t live without) are so juicy that we don’t REALLY need to sell more stuff and create more jobs. So we must just sit tight, slash costs, bank our bonuses and wait for Cyril to turn South Africa into Singapore.”

But we can’t really blame the advertisers. Because the newspaper industry has pretty much done this do itself. About a decade ago, the world’s papers experienced a collective manic episode: an urge to become ‘relevant’ in the digital era. The only way to ensure one’s digital survival, they reasoned, was to give your product away for FREE. That way, people will keep reading it. And that way, advertisers will pay good money for access to those new-era digital readers.

If you were to transpose this logic to the economy of football, it would go something like this: Kaizer Chiefs boss Kaizer Motaung has a thriving, profitable club, selling merchandise and match tickets, and he has a queue of sponsors who pay handsomely to be associated with the team and reach its fans.

But suddenly Kaizer notices that a lot of his fans are also watching YouTube videos of football highlights, which are for FREE. So he thinks, “Oh shit! Free stuff is the future in the digital era! I believe that in order to stay relevant, we need to let the fans into the stadium for free, and then slash our salary bill in order to balance the books. So let’s get rid of our best players and field our mediocre juniors. Granted, the team won’t be as good it was, but it will be perfectly positioned for the digital era.”

So Kaizer is forced to shut down Kaizer Chiefs, the physical team. But he has a plan: he hires digital animation team behind Supa Strikaz to to create a virtual cartoon Chiefs, which plays every Saturday afternoon on a YouTube channel. So he stays relevant.

This is a slightly unfair analogy. But only slightly. If you give your product away, you eventually have to make it a shit product, which damages its value both to readers and advertisers.

The same principle applies to your ad rates: if you discount in pursuit of unrealistic sales targets set by cowardly and/or greedy managers, then that discount is PERMANENT. Nobody pays the old, decent rate again after they’ve gotten a discount.

It’s like playing hard-to-get with someone you’ve already had sex with.

And looking back on my darkest days as a supplement editor, I can attest that newspaper ad sales departments are not places where people think clearly or well. Desperation, greed, jealousy and idiocy are the guiding strategic principles.

The infuriating thing is that right up until its dying day in print, The Times isn’t a shit product. It’s a good one, and the commercial value of the print edition could have been protected by keeping a secure paywall throughout the paper’s history.

Instead the owners tried to carve out some new digital revenue by unlocking stories after print day, and recycling its top stories on RDM.co.za, the group’s aggregator site.

In defence of all print media bosses, it wouldn’t have been easy to go it alone and keep charging for all content. It was a ‘prisoner’s dilemma’ situation: had the entire industry agreed on a tough and sustainable digital model, things would have been very different now. The virality of digital sharing, combined with a wide customer acceptance of paywalls, would have made for fat profits. But a mixture of fear and faddish magical thinking put paid to that possible future.

Instead, it’s now brutally hard to get readers to pay a cent for a news product that’s not world class.

But I actually believe that South African investigative journalists, as a collective, ARE world class. They are doing a heroic job of protecting all our futures in the face of state intimidation, chronic job insecurity, underinvestment and meddlesome owners. Not to mention cheapskate readers like me who don’t want to pay for digital newspapers.

Speaking of which, in the course of writing this post, I have calmed down a bit. I will keep my subscription to the Times digital edition, even if the print edition does get killed.

But hell, it makes me sad to see a good paper die. 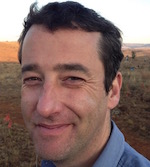 Carlos Amato (@CarlosBAmato) is the editorial cartoonist for the Mail and Guardian and a freelance illustrator and writer. Formerly the editor of the Sunday Times Lifestyle supplement, he has written a hell of a lot about football, politics, art, music, food and business. You can view his cartoons and stories here: carlosamato.work