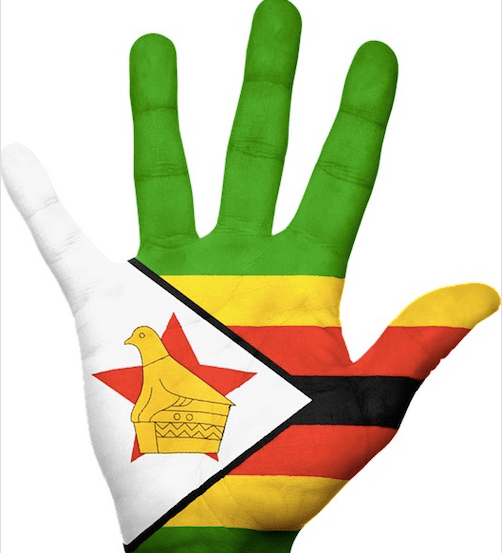 Today, Zimbabwe gets a new president in Emmerson Mnangagwa. Veteran international journalist, Francis Mdlongwa, spent more than a decade covering Africa’s civil wars and peace in diverse countries, including Zimbabwe, for the international news agency Reuters. Here, he examines the man who is taking over the reins of power from Zimbabwe’s  long-ruling tyrant, Robert Mugabe, and warns of the dangers of a military that has once tasted power.

I first met Emmerson Mnangagwa shortly after he and other leaders of the Zimbabwe African National Union (ZANU) party, which fought a bloody war for the independence of the country then known as Rhodesia, shortly after their arrival in what is now Zimbabwe’s capital Harare in early 1980.

A towering, brush and enigmatic figure, Mnangagwa had arrived in then Salisbury just ahead of his boss, Robert Mugabe, who the Rhodesian government and military branded as the ‘most wanted and most dangerous Marxist terrorist in the world’.

In my first interview with him as Zimbabwe’s first security minister not so long after Zimbabwe’s independence from Britain in April 1980, Mnangagwa looked much more polished and relaxed – even charming – as he sat behind a modest desk dressed in a dark suit, white shirt and red tie.

In his red-brick building that formed his office, which was also the headquarters of his dreaded Central Intelligence Organisation (CIO) security police in Harare, he sat impassively, frequently taping the buttons of a small black screen in his office. This was the Reuters News Monitor, which gave him instant, breaking world news, as we spoke.

He had been the first government official in Zimbabwe to rent the Reuters News Monitor, a revolutionary information portal in those heady days of telexes and landline phones-only, installed in his office.

Jochen Raffelberg, the Reuters manager for Southern Africa at the time, who installed the Monitor in Mnangagwa’s CIO office, was to later tell me: “I remember him quite well and he was a very friendly man indeed on whose desk I fitted a Reuters Monitor with access to all sorts of expensive news and information services that gave him a quick grasp of what was going on in the world.

“That was in 1985 if my memory serves me right. He was very keen to understand the ins and outs of his shining new tool, and he paid for the subscriptions without hesitation. My Africa manager, (Derek) Blackman, was over the moon because of this sale.”

This was to be the first of several interviews that I was to have with Emmerson Dambudzo Mnangagwa, aged 75, who security officials dubbed ‘Jesus, the son of God’. As one senior CIO officer put it: “You go against him at your peril. He is Jesus, the son of God, the power behind the throne.”

As millions of Zimbabweans poured onto the streets across the Southern African country this week to celebrate President Robert Mugabe’s political demise, it seemed ironic that ‘God’s son’ had ended – or perhaps inherited – his father’s near four-decades of catastrophic rule which reduced potentially one of Africa’s richest nations into penury and stagflation – that is, unprecedentedly high inflation and unemployment.

As Mugabe’s forced resignation was announced in Parliament on Tuesday – courtesy of an army that placed him under house arrest and that of his own party that sacked him and demanded he resign as head of state – the tumultuous celebrations by the Zimbabweans masked the depth of economic and political crisis of the long-suffering nation of 13 million people.

A snapshot of Zimbabwe

A snapshot of Zimbabwe as Mugabe was unceremoniously dispatched into retirement on Tuesday looked like this:

As the world focused on Zimbabwe after its upheavals of the past two weeks, many were rightly asking who Mnangagwa is and what economic policies he was likely to pursue.

In my interviews with him and in many public speeches he has given over the years, the ‘Crocodile – the other name given to Mnangagwa by younger Zimbabwean journalists in the past decade of Zimbabwe’s economic meltdown – has painfully sought to cast himself as a moderate, if pragmatic, politician who would want to cultivate harmonious relations with both East and West.

Indeed, his close contacts with Western countries in the late 1990s are reported to have been responsible for his removal from the powerful security ministry by Mugabe, who suspected him of having ambitions to replace the Old Man.

Reviled and revered by both foes and friends, Mnangagwa can be tough – some say ruthless – when the situation demands so. Perhaps one incident which I recall in the late 1990s makes this point.

He once sauntered onto the tarmac of Harare International Airport, renamed Robert Gabriel Mugabe International Airport just two weeks ago, as Zimbabwean Cabinet ministers waited for Mugabe’s return from one of his many trips abroad. A week before, the military had detained at least two journalists from an independent newspaper in Zimbabwe after writing a news story on the military.

Nathan Shamuyarira, a veteran politician of Zimbabwe’s freedom struggle and at the time information minister, was talking to journalists about the journalists’ detention when Mnangagwa uncharacteristically arrived there to tell him to “keep quiet” and not speak about the journalists’ detention or security matters because, as Mnangagwa pointed out, these were sensitive issues which the information minister was not privy to.

Journalists at the airport tarmac were left baffled by Mnangagwa’s intervention and, for many, it showed how he related to some of his colleagues.

Mnangagwa, who also held the defence ministry portfolio, inherits a frighteningly bewildering array of tough political and economic challenges from Mugabe. What he does in this direction in the next few days and months will be examined closely by analysts, as indeed his deft political maneuvering that should result in the formation of a transitional government that should include opposition parties.

The interim government must not only come up with a credible road map to rapidly stimulate a sinking economy, but craft visible and working reforms to a range of imponderables, including reforming the uneven electoral playing field to starve off frequent charges of election rigging by Mugabe in the past.

His biggest test, most analysts who know him would agree, will be how he manages an election defeat if the poll were to be judged to be free and fair by most international observers. Such an election is looming by September 2018, unless the interim regime postpones it.

The question is: would he willingly relinquish power, unlike his predecessor who was accused of rigging elections since the emergence of the opposition Movement for Democratic Change from the 2000s onwards to stay in power regardless?

Would Zimbabweans who have tasted ‘people power’ in the last few weeks allow any more trampling of their hard-won freedoms?

But more critically, the influence of the armed forces in the country’s political governance – despite their unprecedented patience in the past two weeks of negotiating an exit for Mugabe to ensure that their ‘corrective Restore Legacy’ intervention remained extraordinarily peaceful and bloodless – is likely to loom large in the months and years ahead.

A product of the system

This is because once the military tastes power – as happened in Southern Africa’s first military takeover that I covered in Lesotho on 20 January 1986 and in other countries where coups have taken place – the likelihood of soldiers imposing their will if they feel they or their interests are threatened cannot be ignored.

It is much more so in Zimbabwe, where the current crop of military leaders believe that they are key stockholders of the nation born out of the blood of an estimated 30 000 people during the 1970s.

Analysts accuse Mnangagwa of being partly responsible for the early 1980s killings of mostly opposition supporters in the southwestern Matabeleland and Midlands provinces when Mugabe sought to crush then chief rival Joshua Nkomo. Mugabe has never apologized for the atrocities, estimated to have slaughtered 20 000 innocents, merely calling them a ‘moment of madness’.

But the command ‘straight-jacket’ modus operandi of Mugabe’s Soviet-style government and party has been such that all in the government and ruling ZANU had to toe the line without question or be thrown into the political wilderness or worse.

Mnangagwa is a product of this political system – a system which still largely exists – although his ascendancy to power must surely be an opportunity finally to become his own god. 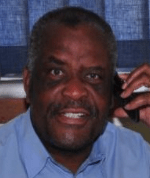