LATEST NEWS
Home Broadcasting Cinema A team divided: Who is the hero of Justice League?

A team divided: Who is the hero of Justice League? 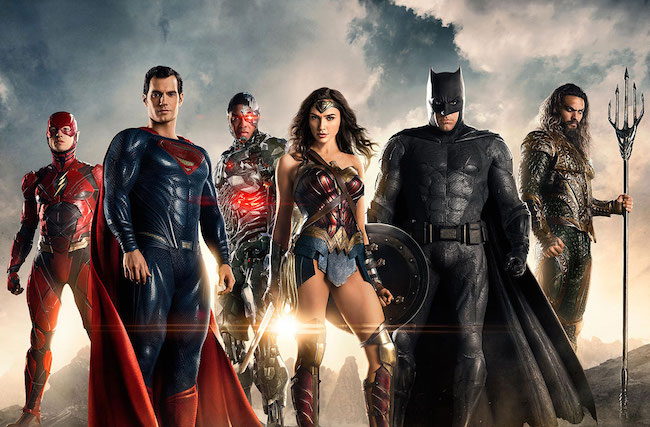 The reviews are coming in harsh for Justice League (Warner Bros.), the keystone movie of the DC extended-universe. In some ways this shouldn’t come as a surprise, given the somewhat dubious artistic record of the Justice League comics.

If you walk up to someone on the street (or, more accurately a local comic book store) and you ask them to identify their favourite Superman, Batman or Wonder Woman stories, they can tell you, but ask them their favourite Justice League story and you’ll have a harder time finding a frontrunner.

The problem is simple: You’re taking three characters who work well on their own and jamming them (along with all the baggage of their respective fictional universes) together, while tossing in a handful of other heroes that you hope will function on their own in future movies as well.

As a novelty, it’s delightful to see so many iconic characters in one place. As a storytelling vehicle, however, it creates an obvious problem and clear question: Who is our main protagonist?

Looking for our hero

The protagonist — essentially, the hero — in a comic book or movie is the character the audience is meant to identify with. He or she is the main player in the narrative and the individual upon whose choices the events of the plot depend.

A good protagonist can leave the audience feeling invested. Whether in a comic book or a film, that’s important. Gaudy tights in comics and gaudy computer-generated imagery in film can be alienating. We need to care about the people in those tights, the people in front of that green screen.

For writers, attempting to create shared-universe storytelling — what we see in the Justice League — has challenges. They need to create a viable protagonist out of several characters. This general issue can be seen in comic books as well. Writing a team superhero book is a very different beast than writing a superhero tale surrounding a singular character.

The fundamental mechanisms by which we are made to empathize with a character and feel immersed in their struggles are different when we go from one person to many people.

The distinction between single superhero versus a group of superheroes is as old as literature itself. It begins with The Epic of Gilgamesh, a Sumerian/Babylonian text circa 2100 BC that is very much a single-protagonist superhero story in all the ways that matter.

In contrast, the ancient Greek epic The Iliad, is a team book (but also a superhero story), featuring a diverse cast of Trojan and Greek heroes with strongly differentiated viewpoints and ideologies, as well as the sort of internal conflicts, struggles and even bantering that we associate with group superhero stories.

The culture and history of these ancient texts is very different from the era of North American comics, but the issues, pitfalls and opportunities for dynamic storytelling are very much the same. When strong, group-oriented comic books such as Fantastic Four, X-men and Teen Titans come along, beginning in the 1960s, the artists use them to explore this same dynamic of internal conflict in a way that is captivating.

The trick to success is to create a functioning gestalt protagonist — a group of heroes who serve, metaphorically, as pieces of a whole. Reed Richards, Mr. Fantastic, isn’t your protagonist in the Fantastic Four and neither are Ben Grimm (Thing), Sue Richards (Invisible Woman) nor Johnny Storm (Human Torch). Your hero is all of them as one. You identify with the group.

Thus, the broader metaphor that gets created through all the internal group tension is one of the internal tensions that we, as individuals, all deal with every day. Humans are complex creatures with a pluralistic perspective on the world; we are paradoxical in nature and often feel like we have a symphony of voices in our head rather than one distinctive voice.

A gestalt protagonist reflects our internal dialogues by externalizing that symphony. This creates a deeper, more nuanced character for the audience to engage with.

This is one of the major reasons both X-men and Teen Titans worked so well during their respective heydays in the 1980s.

Take X-men for example: Cyclops isn’t a person — not really. He represents an aspect of a person — their Type A side, their drive, their need for order and structure. Wolverine is the opposite to that — he represents the instinctual, the raw primal impulses that all humans grapple with.

A similar phenomenon can be seen in Teen Titans through the contrast between Beast Boy and Cyborg’s distinctively different responses to depression: Beast Boy plays a clown while Cyborg withdraws. This works well since a human being with depression doesn’t do one or the other. They do both, typically. Thus, the gestalt protagonist works.

Similarly, the hero of the Harry Potter series is more often Harry, Ron and Hermione, not Harry alone. Downton Abbey, Game of Thrones, The Walking Dead — all use a gestalt protagonist — you’re rooting for the group, not the individuals, and it works.

So what’s different with Justice League? The answer is translation. It’s one thing to build a gestalt protagonist from scratch and a very, very different thing to form one out of pre-existing solo protagonists. The superheroes of a group book are usually too thin and fragmented to stand on their own.

For example, when a spin-off series is created, the character needs to be radically recontextualized in order to allow them to support their own book. They change a lot, add new elements that weren’t there before: new back story, new relationships, new internal conflicts. DC will have to do this with Aquaman’s upcoming film.

That can work but taking a fully fleshed-out protagonist and trying to fold them back into a shared universe is significantly harder.

The Marvel cinematic universe has been successful in terms of both critical and popular crowds — but even there we see brutal character inconsistencies as the Avengers bounce back and forth from group and solo films. This is obvious in the first Avengers movie.

The film’s writers felt they had to contrast the two “science bros” by making Hulk the calm, rational scientist and Iron Man the undisciplined reckless scientist, but doing so contradicted the narrative arc of those characters’ solo films.

Captain America had to become morose in a way that conflicted with his solo film. Thor forgot everything he learned in his solo film and became irrational and naive again.

So what did all these inconsistencies earn the writer and director of The Avengers? Universal praise for doing the impossible. Writer Joss Whedon made it work: Not in spite of these inconsistencies but through them. Whedon is considered the best of his generation at character juggling, though, so expecting the same of others, including Justice League — even though Whedon is involved — is asking a lot.

Shared-universe storytelling is a big trend in Hollywood and when it works, it works spectacularly well. Unfortunately, it doesn’t often work.

There are deep challenges involved.

To be successful, writers will need to craft a gestalt protagonist out of other singular protagonists so that audiences will achieve satisfaction with these films. They need to transcend the simple novelty of a cinematic all-star team. They need to do what the film’s tagline tells us and actually unite the league.

If we’re going to do justice to the Justice League, we have to look backward — at our storytelling past — in order to look forward to the future of the shared universe model.