LATEST NEWS
Home Advertising The most memorable Christmas ads so far… or are they?

The most memorable Christmas ads so far… or are they? 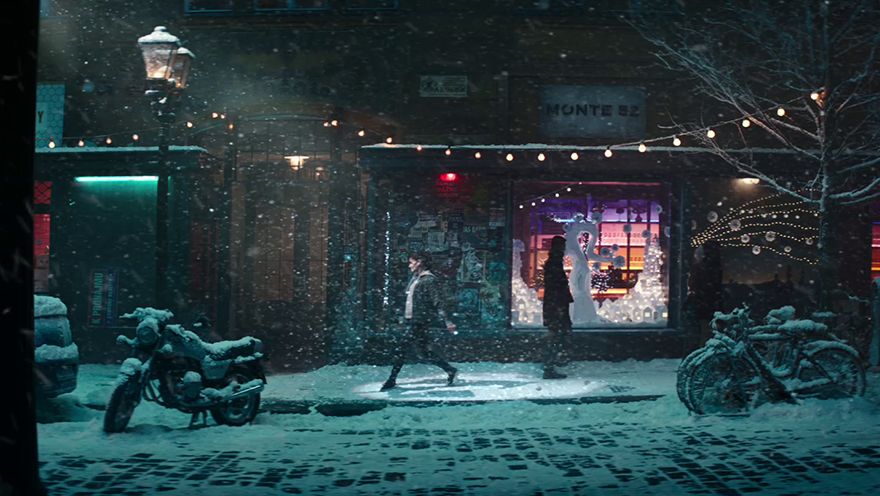 The battle for the most epic Xmas ad is reaching its zenith. We love this time of the year as big brands pull out all the stops to reach into consumers hearts and tug on their purse strings. These are our top Festive Season adverts so far.

The Performance from Cost Plus World Market

“When life hands you llamas, you should use them in a holiday ad,” says Phil Fattore, senior copywriter from Barrett SF about this short holiday film from Cost Plus World Market. The ad features a boy learning to play the trumpet and, you guessed it, llamas. It captures the fragility of Christmas for children and the pressure to perform.  It beautifully showcases the brand’s offbeat llama range, offering a fresh perspective on Festive Season gifts.

In the cute-kid dominated arena of Festive Season ads this year, this one from Apple glides in elegantly with its gorgeous dancers and exquisite soundtrack, sweeping most of the competition under the snowy sidewalk.  The dancers are real-life married couple, Lauren Yalango-Grant and Christopher Grant, choreographed to Sam Smith’s song “Palace” while showing -off Apple’s iPhone X and AirPod wireless headphones. There’s a healthy dose of love and product FOMO here, giving the traditional Festive Season family ads a run for their money.

Sorry Sainsbury’s, LIDL, ASDA, Aldi and other UK department stores, John Lewis’s #MozTheMonster beat you to it this year. Currently with 9.1 million views on YouTube, it uses a cute kid (oh yes!), a monster, the band Elbow’s interpretation of the Beatles song Golden Slumbers and is directed by the legendary Michel Gondry. It’s a lovely ad, but that said, the #MozTheMonster campaign cost a staggering £7 million, so one would expect it to be pretty good.

ShowMax Ode to the Holidays

This glossy, funny “South Africans on holiday” ad is reminiscent of last year’s Pick n Pay Festive Season campaign #LetsGoOnHoliday; but it’s still a winner. We love local commercials like this which show our quirkiness, honesty and humour. It’s not (contrary to other popular ads) the easiest time of the year and ShowMax has cleverly tapped into that. Thank you to Director Bevan Cullinan, who provides us with the ad’s extended cut, here.

Air New Zealand (famous for recruiting the cast of The Hobbit for their safety video) manage to be the heroes of this ad and poke fun at the Kiwi accent.  The campaign leverages on, “Share this video with someone who just can’t get enough of the Kiwi accent”, and has stirred up lots of viral humour online. Some of the YouTube comments are lovely:  “As a Scottish NZ’er it took me years to geet thus acceent royte,” and “Uts Ear Nu Zulend bruh… Mirry Crusmaz all our Kewi Frunds.” Air New Zealand chief marketing manager Mike Tod says of the ad: “While it’s no secret the Kiwi accent has been misunderstood at times, it’s also a signature part of our service.”

Turkey, Every Which Way | Tesco #EveryonesWelcome

Possibly this Festive Season’s epic fail advert, but we’re always interested in a bit of controversy. And by “bit” we mean the massive social media backlash Tesco’s received for this ad which depicts a Muslim family celebrating Christmas. As one of the many haters on YouTube comments, “That awkward moment when you forget to put even a token Christian in a Christmas advert.” What do you think?

Sheila McGillivray is tribe leader at One Lady and a Tribe.