Broadcasting digital migration: It’s all about the money, money 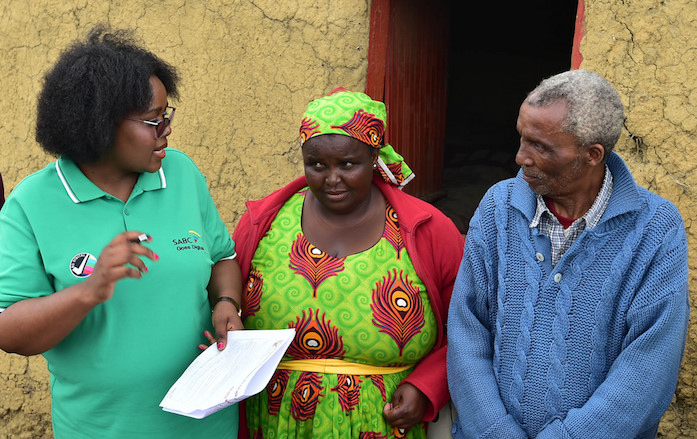 Kubayi-Ngubane and her acting director general, Thabiso Thiti, told parliament’s portfolio committee on communications this week that given “thorough resources”, she would deliver. In order to finally make the long-delayed jump to digital terrestrial television, her department needed R3.7 billion to manufacture set-top boxes (STBs) and antennae. One billion rand is needed for distribution, warehousing, dual illumination and call centre facilities, while a further R1.5 billion is required for the SABC. 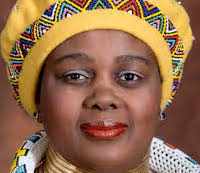 Kubayi-Ngubane (left) also touched on the controversial issue of whether the STBs should be encrypted, or not. Confusion over which route to take, coupled with ongoing court action, is one of the reasons for the endless delays in implementing DTT. Kubayi-Ngubane, in response to a question from the DA’s Phumzile van Damme, said the current policy position “speaks to nonencryption”. It’s a position that many of her colleagues in the ANC, government and alliance partners do not agree with.

Opposition shadow minister of telecommunications and postal services, the DA’s Marian Shinn, believes the encryption issue is “done and dusted”. Shinn said government had to move on. “We can no longer afford to waste time on this issue. The analogue signal must be switched off as soon as possible so our mobile broadband needs can be met through the more efficient spectrum usage that digital technology provides,” she said.

Shinn pointed out that signal distributor Sentech has been ready since 2014 to switchover to transmitting terrestrial digital signals (the first ITU deadline was June 2015) but has had to apply for funding to maintain the “technologically obsolete analogue broadcasting transmitters that should have been switched off two years ago”.

Shinn said this cost was estimated at R1 billion. “Its budget for dual illuminations – transmitting both analogue and digital broadcasting until switch over date – has been stretched year after year,” said Shinn, adding that in the 2015/16 budget (former) minister Faith Muthambi neglected to include the required R160 million in department of communications’ budget. “The department of telecommunications and postal services (DTPS) came to the rescue with R100 million from its budget,” she said.

With government’s resources spread so thin, and an economy in crisis, money needed to deliver DTT is in short supply. Is the minister’s estimate of R6.6 billion on the mark?

Shinn said she had no idea whether it was correct, of if Treasury had approved this. “In 2014 R4.3 billion was needed for the STB rollout, but that was determined on a costing formula based on a sliding scale of subsidies for 6 142 046 households. After that the scheme was changed to 100% subsidy for five million households,” explained.

Then in 2015/16 Treasury allocated R2.5 billion for the supply of five million STBs and their satellite dishes or antennae. Shinn said 1.5 million STBs were ordered in August 2015 in the first tranche before the entire process was halted in June 2016 because of the legal challenge to the encryption matter and Auditor General investigations that pointed to supply chain irregularities. “The Universal Service Access Agency of South Africa (USAASA) has approached the North Gauteng High Court in Pretoria to nullify the tender that was shared among 26 companies. The matter is likely to heard about April/May,” she said.

Shinn said necessary funding has always been in doubt. “No one in the DoC or, after the split, the DTPS, could give us a clear picture of exactly how much was needed or where the money would come from,” she said. Compounding the problem is the fact that National Treasury was “understandably hesitant to commit funding until there were tangible signs of progress with the programme”. 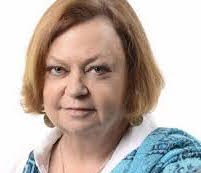 Shinn (left) said she was keenly anticipating this year’s budget to find out the extent of the DoC’s allocation and division of funds. “But also, how much of the requisite funding will be in DTPS’ budget allocation, as most of the work in this migration programme is done by entities reporting to it (Sentech, USAASA and SA Post Office),” she said.

Shinn has long argued that splitting the functions of the DTPS and the DoC has confused the DTT issue and contributed to the delay in its implementation. “The separation has finally been recognised by the ANC as a disaster and it made a recommendation at its July policy conference that the departments would merge,” said Shinn. “No deadline was given, so I assume it will happen in the next Parliament after the 2019 election.”

Shinn said the separation had caused legal uncertainty in the ICT sector, programme hiatus, turf wars between the staff of both departments and the ministers, no matter how many MOUs they signed. “The same questions asked to the ministers on DTT issues often gave conflicting answers. The re-merging cannot happen soon enough,” she added.

Shinn has frequently called for a total review of the technological currency of the BDM programme as devised in 2008 and the relevance of the STB manufacturing policy of 2012. She believes new technology could be used to migrate poor households to digital broadcasting and impact on the costs. These have been ignored, she said.

“Parliament votes for the funding of this programme and we need to be convinced that it is now technologically relevant and value for money. Unless the minister has another plan for STB procurement, the legal action on the tender will hold up production, distribution and installation well beyond the new deadline,” Shinn explained.

“Unless she has an alternate method of supply that short-cuts the STB manufacturing policy, a new tender process is unlikely to begin until mid-year at the earliest.”

Shinn said once tenders have been awarded, the assembly of the STBs can happen swiftly as South Africa companies have been churning them out for local and international markets since long before the STB manufacturing policy came into effect.

“The major stumbling block to installing STBs in five million households is the logistics of installation, the establishment of a call centre for support, an effective marketing campaign and verifying the qualifications of the poor households,” she said. “About three years ago, we were told that there were probably about 11 million households that could qualify for STBs (maximum income R3 200). The social conflict between those who are ‘chosen’ to qualify and those who don’t could be a problem. I have a fear that, in the rush to get the STBs out there before the 2019 election, there will be insufficient budget too roll it out efficiently and there will be inadequate post-installation support.”