Alex Jay to assist with talent development at Jacaranda (with audio) 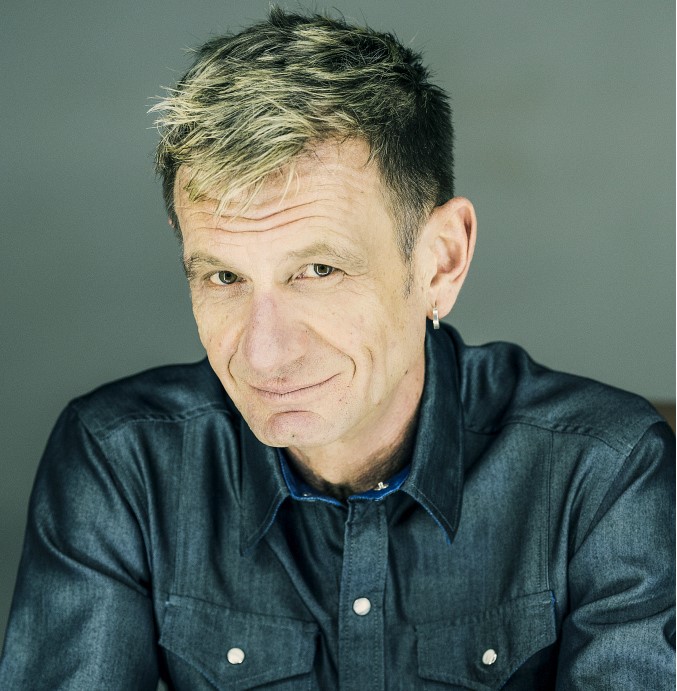 Best known for his work at 5FM, 947, and 702, radio presenter Alex Jay has switched stables from the SABC and Primedia Broadcasting to Kagiso Media.

Punctuating every answer with jokes and his trademark wicked laugh, Jay is certainly a character. Taking time out from preparing for his very first show on Jacaranda FM the next day, it was quite daunting interviewing the radio veteran of 36 years (some would say a legend). But he set a laid back tone, with plenty of time (30 minutes) for questions.

“YFM for some reason would not even look at me and I was definitely disappointed. Apparently they named me not old, I didn’t even know” he jokingly begins, before saying, “Jacaranda has colossal potential. They’ve been under punching … They’ve got a good group of people, a nice direction, a big open space in the market that they’re going to go play in, and I’m just happy for a new challenge”.

Jay was the one who approached Jacaranda, after he was slowly taken off the air from all four of Primedia Broadcasting’s stations. Talks between the two sides lasted 15 months, which Jay describes as “like turning an oil tanker”.

Jay describes himself as a “not a one-night stand kind of guy”, hoping and foreseeing that he will be at the Midrand-based station for a long time. “I have no intention of moving back to the coast in a hurry because there’s no water and because my children are grown up and they’ve discovered that if you want to work in the real world, you have to be in Joburg,” he explains.

He certainly brings a wealth of experience and knowledge with him, but jokingly questions the station’s use of the word gravitas in his appointment notice. “I also bring a touch of sensitivity to the whole thing. Everybody is on tenterhooks at the moment. Everybody is feeling ill done by each group which’s got its own chip on its shoulder. It’ll be nice to get back to the commonality of ‘hey we’re all South African, we all live here, let’s make the best of it, and have some fun while we’re doing it.”

Working with the youngsters

Aside from presenting on the station, Jay will also be working on talent development, particularly with the youngsters. “I love working with the kids and getting a new vibe,” he says. “Skills transfer is more than just pretty words, we should do it.”

No new talent, only recycled veterans

Some would argue that one of the biggest problems with South African radio these days is that veteran presenters only swap timeslots or stations, and that there is no new talent coming through. Jay agrees that sometimes this is the case, but also presents the other side of the story. “There’s no succession planning … You know what you get with veteran presenters. There’s no problem for young talent getting in, but with the older guys, what are we supposed to do? There is no fall back. We chose this career because we love radio, but there’s nowhere for veteran presenters to go.”

Having been in radio for so long, Jay is definitely a fan of the medium. He touts the benefits of it as being free (with advertisers paying for the medium), providing immediate connections with listeners and describes it as “part of our commonality, with the voices heard on radio making the democracy” and “a genuine open interaction”.

Tumi did nothing wrong

With Jay joining a station which not too long ago saw a controversy with its breakfast presenter Tumi Morake, it was an inevitability that he would be asked about it. “Tumi did absolutely no wrong,” he boldly proclaimed explaining, “Any black South African should be free to speak of their experience and if it makes a white person, quote unquote ‘the former oppressor’ uncomfortable, that is their problem. I was gratified with the BCCSA ruling, if my dodgy memory recalls the first time ever that an audience has been rebuked not the broadcaster.” He admits though that maybe Jacaranda FM was the wrong platform for Morake to have voiced her views as it is not a talk station, but reiterates, “Morake did nothing wrong”.

With shifts being seen in the demographics of the station’s listeners, Jay says he is removing his pre-conceived notions of the audience, but is only making one major concession, which is not being forced on him, “Ek sal a bietjie Afrikaans praat waar dis a wonderlike taal … Ek get to gooi a bietjie Afrikaans”. The overriding thing for Jay is that he will treat his audience with absolute respect.

Avoiding being loud and brash will be Jay’s approach to presenting at Jacaranda, as it is a bit of a soft launch, because while he is coming in and freshening up the shows, they will still be in the same format as they have always been. “There is no baby and the bath water being thrown out here,” he reassures.

More stations and changes in ownership

36 years ago, there were only 12 radio stations in South Africa. Now there are over 200 broadcasting on FM and AM. “It was impossible to get into radio. You either had to know somebody or be stupid good, because there were so few jobs available. Cracking radio for me was a ginormous surprise for me”.

Relevancy is the single biggest challenge to radio, believes Jay. He says that “niching content so that it is exclusionary is bullshit and needs to go”. Content has to appeal to a broader audience, otherwise a station is not going to survive.

Social networks are another major challenge, and Jay believes there needs to be a fine balance of incorporating these platforms into a radio show.

To end the interview, Jay was presented with these short answer questions: