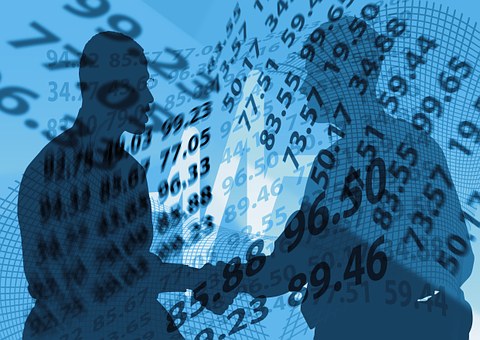 Caxton & CTP Publishers and Printers and Independent Media have agreed to pay millions of rands in fines after admitting to participating in price fixing and fixing of trading conditions in contravention of the Competition Act.

In a media release, the Competition Commission confirmed Caxton will pay a fine of R5 806 890.14, and R2 090 480.45 to the Economic Development Fund over three years. It will also provide 25% bonus advertising space for every rand of advertising space bought by qualifying small agencies. This will be for three years, capped at R15 000 000 per annum.

Independent Media, meanwhile, will pay an administrative penalty of R2 220 603 and will contribute R799 417 to the Economic Development Fund over a three-year period, and provide 25% bonus advertising space for every rand of advertising space bought by qualifying small agencies, over three years and capped at R5 000 000. Independent has also said it would obtain its own credit insurance so small agencies are not required to commit any securities or guarantees in order to book advertising space.

Johns said Sekunjalo embarked on a clean-up of all its business practices when the company took ownership in 2013, which included co-operating fully with the Competition Commission investigation.

Johns said Independent Media was satisfied with the outcome and was committed to working with and supporting the development of small black-owned media and advertising agencies.

Paul Jenkins, group chairman of Caxton, said while the company believed the matter was contestable “it chose to accept the Competition Commission’s position and pay an administrative penalty rather than enter into lengthy legal proceedings”.

Looking at the fines levied by the Competition Commission, and then what lawyers would charge to fight it in court, it seems a strategic retreat would cost a lot less.

Jenkins said the issue had been going on since 2011 and related to a “structural mechanism between the advertising and media industries that has been in existence for over 100 years internationally”.

But, he added, the Competition Commission found this custom was anti-competitive “because there was an agreement or concerted practice between media owners to always apply those traditional commissions. The practice has since ceased and the media and advertising industry now negotiate commissions individually”.

The Economic Development Fund is designed to develop black owned small media or advertising agencies, which require assistance with start-up capital and will assist black students with bursaries to study media or advertising, among others. It will be managed by the Media Development and Diversity Agency (MDDA) and audited annually.

Qualifying small agencies means media or media related agencies or organisations with a turnover not exceeding R50 000 000 and which meet the criteria set out in the Broad Based Black Economic Empowerment Act 53 of 2003.

Back in 2011, a Competition Commission investigation found that, through the Media Credit CoOrdinators (MCC), various media companies agreed to offer similar discounts and payment terms to advertising agencies that place advertisements with MCC members. MCC accredited agencies were offered a 16.5% discount, while non-members were offered 15%. In addition, the Commission found that the implicated companies employed services of an intermediary company called Corex to perform risk assessments on advertising agencies for purposes of imposing a settlement discount structure and terms on advertising agencies.

This practice restricted competition among the competing companies as they did not independently determine an element of a price in the form of discount or trading terms. This amounts to price fixing and the fixing of trading conditions in contravention of the Competition Act, it said.

DStv Media Sales admitted to price fixing and the fixing of trading conditions in May 2017. It agreed to pay an administrative penalty amounting to R22 262 and R8 000 000 to the Economic Development Fund over three years.

Up to 25 more media companies still face sanction by the Competition Commission, including the SABC and Primedia. Whether they will capitulate, admit liability, pay the fine and accept the Commission’s remedies remains to be seen.