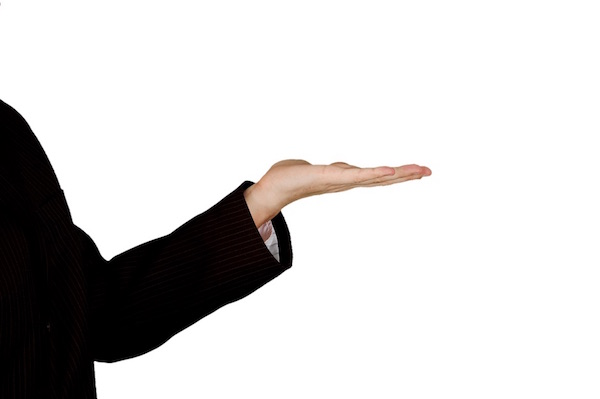 The Competition Commission has had a decidedly busy year, with its cartel division facing an ever-increasing caseload and a number of long-running investigations coming to a head. But the burning question within the media industry is: Where’s the collusion?

In May, DStv Media Sales admitted to price-fixing and was fined a hefty total of R180 million. It was not, however, the only media house to be found guilty of contravening the Competition Act. And it certainly didn’t act alone. So the prolonged silence on whether any other media houses have settled fines, been granted corporate leniency or even amnesty is deafening.

Directing questions to the Commission is futile. Their resolute response, over months of persistent questioning, is that the matter is very much “still in process”. This, despite the fact that it has been over a year since their September 2016 findings that “certain” media houses were guilty of “the fixing of prices or fixing of trading conditions in contravention of section 4(1)(b)(i) of the Competition Act”.

The investigation into “collusive behaviour” took four years, and the findings came mere months after a May 2016 amendment to section 73A of the Competition Act that imposed criminal sanctions for “any conduct deemed to be ‘collusive or cartel-like’”.

But the commission has a proclivity for settling, albeit with considerable conditions. So it’s perhaps not surprising that it offered the media houses the option of paying a fine – and meeting those conditions – to avoid referring the matter to the Competition Tribunal for adjudication. That offer, however, ended on 31 September 2016. How come the matter is not yet before the tribunal?

“DStv signed a consent agreement admitting to their part in the transgression while the matter is still under investigation. The rest of the case is still to be concluded,” explains Competition Commission spokesperson, Sipho Ngwena. Until then, the commission will not divulge which, or how many, media houses are under investigation – or who has applied for corporate leniency: “We can only answer that question accurately at the end of the investigation,” adds Ngwena.

The offer made to them clearly states that the commission has concluded its investigation – and would soon be making recommendations to the Tribunal. The delay, then, speaks of collusion of a different sort: that of the Commission pushing for media houses and agencies to seek amnesty or immunity by exposing others. DStv’s decision to ‘fess and pay up’ confirmed a statement made last year by Commission spokesperson Itumeleng Lesofe that: “Some media houses have already contacted the Commission and requested meetings to discuss the offer.”

But the lengthy negotiation process signifies more than just a need for the Commission to settle the score on MCC-accredited media houses getting discounts for ad space. There are, after all, several charges of anti-competitive behaviour that media houses have brought to the Commission against each other and which has been under investigation since 2011.

In a Diversity and Transformation of Print Media presentation to the Portfolio Committee on Communications, the Competition Commission raised the issue of “the exclusionary behaviour (through abuse of dominance) mainly in the community newspaper segment” and identified “several concerns relating to the ability of small and/or HDI owned newspapers to compete effectively” in the market.

This was brought to light in two cases that the Commission and Tribunal presided over at the time, the most notable being Caxton’s opposition to the Media24-Natal Witness merger – which in itself led to several investigations and Tribunal hearings.

Natal Witness was jointly owned by Media24 and Lexshell 496 Investments, and the merger would result in Media24 holding 100% shares in Natal Witness, giving it a dominance not only in the region’s community newspaper segment, but also in its printing works. In 2005, while adjudicating the merger, the Commission learned that Natal Witness had a joint venture agreement with Caxton, to not compete in the market for printing and publishing community newspapers.

At the same time the Commission also heard evidence into the collapse of Gold-Net News, also known as the Gold Fields Reporter – which led to a four–year investigation and the Competition Tribunal’s longest running dominance case.

The Tribunal subsequently found that from 2004, Media24 deliberately drove Gold-Net News out of the market by positioning a competing community newspaper, Forum, against it and running Forum at a loss by pricing it below its average total cost until Gold-Net News eventually closed down in 2009.

In its 2015 ruling, the Tribunal recommended that Media24 owners Naspers sponsor new entrants into the Goldfields market for two years by providing its printing and distribution services to new entrants or existing players at the same price as they are provided to Media24’s local papers. The company appealed this, offering a limited Credit Guarantee remedy instead, which was granted in September 2016.

Business as usual: Of cartels and collusion

Its 2011 investigations also shed light on the advertising space, and in November that year the Commission found that various media companies agreed to offer similar discounts and payment terms to advertising agencies that place advertisements with Media Credit Co-Ordinators (MCC) members.

MCC-accredited agencies were offered a 16.5% discount for payments made within 45 days of the statement date, while non-members were offered 15% – a practice that the commission declared restricted competition among the competing companies as they did not independently determine an element of a price in the form of discount or trading terms. “This amounts to price fixing and the fixing of trading conditions in contravention of the Competition Act,” it said.

The commission alleged media owners who sold advertising space have an agreement to offer similar discounts and payment terms to ad agencies.

DStv, in admitting guilt, said the practice was common and widespread – Caxton called it “traditional”. This, says Commissioner Tembinkosi Bonakele, is what effectively amounts to collusion and “cartel-like behaviour”.

“It’s very difficult to pin down a culture, but my own observations on this are that under the closed economy during apartheid – this was under sanctions – [cartels] were an existential issue,” he told a Times Media supplement report on cartels. “People were not concerned about competition, they were concerned about the sustainability of the apartheid economy.”

Mergers, acquisitions and more: a timeline into charges of collusion

2005: The Competition Tribunal adjudicated a merger between Media24 and Natal Witness when Media24 acquired the initial 50% shareholding in Natal Witness. It then emerged that Natal Witness had a joint venture agreement with Caxton, to not compete in the market for printing and publishing community newspapers.

2007: The Tribunal confirmed the consent order between the Competition Commission and Media 24, Lexshell 496 Investments and the Natal Witness in which the respondents agreed to pay an administrative penalty of R100 000.00 to the Commission within 30 business days. This was the year the media industry experienced it’s biggest scandal to date, with 12 leading magazines in Media24’s magazine stable suspended from the Audit Bureau of Circulations for “deliberate manipulation” of circulation figures. Five Touchline Media titles and seven Women’s Magazine Division titles were affected, and the company faced millions of rands in compensation claims from advertisers.

In 2011, The Competition Commission referred Media24 to the Competition Tribunal in its first “predatory pricing” case. It would take four years of legal wrangling before the Tribunal ruled, in 2015, that Media24 had contravened the Competition Act by effectively driving a rival community newspaper publication, Gold-Net News (GNN), out of the market in the Welkom area. “Media24 engaged in a multi-pronged strategy that included the use of one of its titles, Forum, as a ‘fighting brand’ to prevent GNN from expanding in the market; pricing its advertising rates below average total cost; and operating Forum for a lengthy period even though it was making a loss,” explained the Tribunal. According to the Tribunal, Media24 contravened the Act by abusing a dominant position and engaging in predatory conduct to exclude a rival from the market for the period 2004–2009. Forum was shut down within ten months of GNN’s exit from the market in 2009.

2012: In January, Caxton applied to the commission for Corporate Lenience, alleging that it entered into an agreement with Natal Witness in terms of which they agreed not to compete in the market for printing and publishing community newspapers. Caxton was also granted permission to participate in the hearing of a merger. In May, the Tribunal conditionally approved the large merger involving Media24 and Paarl Coldset’s acquisition of The Natal Witness. In October, the Commissioner initiated a complaint against Caxton, Natal Witness, Lincroft, Hometalk and Lexshell after the Tribunal had indicated problems in the joint venture agreement between Caxton and Natal Witness and its effect on the Media24-Natal Witness merger.

2015: In February, Media24 announced its intention to list Novus Holdings on the Johannesburg Stock Exchange. The following month, the Tribunal dismissed Caxton’s urgent application to stop the listing. Caxton appealed.

2017: The merger is finally approved on condition that Media24 divests itself of its majority shareholding in Novus Holdings by unbundling the shares to the shareholders of Naspers, with Media24 allowed to retain a 19% non-controlling minority shareholding in Novus Holdings. In September, Naspers announced that it was unbundlings Novus shares to Naspers shareholders.

Next in the series: Part II: Why settle? The pros and cons of CLP.