LATEST NEWS
Home Agencies Media agency Away with commission, away!

Away with commission, away! 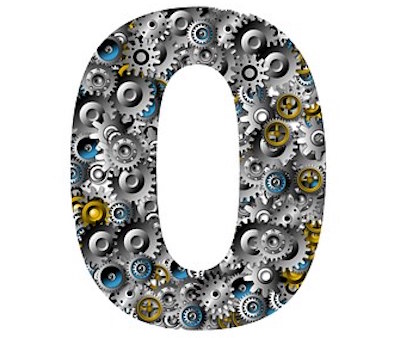 It was almost a year ago that the media agency world was thrown into indignant turmoil with the announcements that DStv Media Sales and Media24 were moving to non-commission bearing, or net, rate cards.

The SABC had tried to make the shift to a zero based rate card some months earlier, but had been persuaded by the agency outrage to defer its introduction. Having seen the threat off once, the agencies were caught off guard and, to be fair, DStv and Media24 did not give much notice of their intentions. The former announced the move on 28 April, and the latter did so on the following day; it was to be effective from 1 May!

I heard rumbles from agency management about their intentions to “sort the issue out”, but the Naspers companies held fast. An amendment to section 73A of the Competition Act had created criminal sanctions for certain contraventions of the Act. Any conduct deemed to be “collusive or cartel-like” become a criminal offence. An industry wide practice of decades, and a vestige of colonialism, now carried legal and regulatory risk.

The media agencies scrambled to amend their buying and accounting software to accommodate the change, and schedules were grudgingly revised. The domino effect had begun.

The issue was not about the payment of commission, but rather that there should not be a standard industry-wide set rate. Media houses reacted in different ways. Instead of removing commission from the rate cards, some chose to actually increase commission. This upward move was arguably an incentive to encourage early payment, but was also clearly an attempt to buy a bit of market share. Now that there was some variation on the rate commission, many media houses chose not to disrupt the status quo, or to incur the expense of issuing new rate cards.

For media agency finance departments and buyers, there was now the challenge of ensuring that they were on top of the details of which media owners paid what. For media strategists, analysts and planners, the problems were around how to compare apples with apples when tracking trends, making cost comparisons and allocating budgets. Comments from my agency colleagues on the situation ranged from “messed up”, “chaotic” to “painful”.

I got to appreciate the degree of painfulness a few days ago when I was working with Jennifer Daniel of Telmar and Lerlynn Latief of Mediamark on a radio planning training webinar. Despite the evolution of media strategy, the power of the dreaded ‘procurement’ has ensured that cost efficiency remains a not insignificant factor in making intermedia, and intramedia decisions. With no standard commission across media vehicles, it is remarkably tedious to arrive at an accurate assessment of it.

SABC has now made its move a year after its first attempt, and from 1 April 2017 its TV and radio rates are net. e.tv has wisely moved in line with this, making the lives of TV planners and buyers fairly simple. With TV taking the lion’s share of media investment, it does seem that the time is opportune for the remaining media houses to make the switch to zero based rate cards.

Of course, one could understand a reluctance to do so, if those media which have been paying higher commission have benefited in terms of significantly increased business. But it does not seem so. I have had a hard time finding media buyers who will admit to having switched budgets on this basis. Off the record conversations suggest that the media themselves find it hard to prove the financial success of the decision to pay higher commission. At most, they may have bought some initial goodwill. I suspect they would now earn more goodwill if they dropped commission, and simplified their agency colleagues’ lives.

The recent US ANA (Association of National Advertisers) bleak report on media transparency in the advertising industry has mobilised US marketers to review their agency relationships and remuneration approaches. Hot on its heels, the Incorporated Society of British Advertisers (ISBA) and Advertising Research Consortium report, Paying for Advertising, has also revealed that UK advertisers have high levels of concern over transparency and remuneration. It also demonstrated that commission-based fees have virtually disappeared.

Inevitably South African agencies will have to deal with increased marketers’ discontent and distrust over transparency. Eliminating commission now would be a first step to eliminating confusion and uncertainty.