Kickbacks and rebates ‘pervasive’ in US agencies 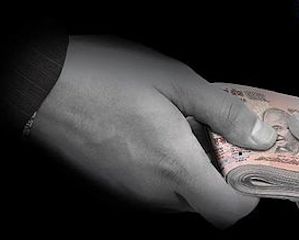 The long awaited report into the use of kickbacks and rebates in the US ad industry, commissioned by the Association of National Advertisers (ANA), has been released. An Independent Study of Media Transparency in the US Advertising Industry was carried out with K2 Intelligence.

“The pervasiveness of these practices in the sample strongly suggests that non-transparent business practices are also common in the media buying ecosystem,” the ANA said.

The ANA was driven to investigate due to “widespread concern about certain business practices plus a lack of consensus on whether these practices were actually occurring, it said in the report. This was the “root cause of a progressive and counter-productive erosion of trust among industry constituents”.

K2 said it found substantial evidence that the lack of transparency inherent in principal transactions enabled agencies to engage in conduct that may not be in the advertiser’s best interest.

The issues that came to light were found in both agency holding companies as well as independents. Of more concern was that K2 also found senior executives were “aware of and even mandated some non-transparent business practices suggesting high-level buy-in”. Digital, print, out of home and television were all involved.

“Advertisers and their agencies are lacking ‘full disclosure’ as the cornerstone principle of their media management practices. Such disclosure is absolutely essential if they are to build trust as the foundation of their relationships with their long-term business partners,” said Bob Liodice, president and chief executive of the ANA, in a press release.

K2 said there was evidence of a “fundamental disconnect in the advertising industry regarding the basic nature of the advertiser-agency relationship”. In general, advertisers expressed a belief that their agencies were duty-bound to act in their best interest. They also believed that this obligation – essentially, in their view, a fiduciary duty – extended beyond the stated terms in their agency contracts. While some agency executives expressed similar beliefs, others told K2 that their relationship to advertisers was solely defined by the contract between the two parties. Some sources further noted that their obligations to their respective agency holding companies were sometimes in conflict with the interests of their clients.

Not surprisingly, some of the agencies have hit back at the study’s findings.

Writing in AdWeek, Noreen O’Leary reported that the Publicis Groupe said, “the ANA had ‘failed’ the industry by issuing a ‘report that relies on allegations about situations involving unnamed companies and individuals’. WPP’s GroupM said, “The objectivity of [the report’s] authors and advisors needs to be examined carefully… and should not be allowed to tarnish the entire industry, nor every company in it.” Omnicom Media Group questioned the “small sampling of unnamed sources” while MDC’s Assembly and independent agency Horizon Media also questioned the study’s credibility.”

Chairperson of the ANA, Tony Pace, responded to those who objected to the anonymity and confidentiality of the 150 sources interviewed by K2 by emphasising that “the participants included a significant number of current and former agency and agency holding company executives”.

“Granting anonymity and confidentiality to sources is a standard investigative practice for assessing business conditions that K2 found essential in this case. There was palpable fear of reprisals and other repercussions across the media-buying landscape from many who considered whether to participate,” he said.

The ANA has some advice for media agencies in the US.

Media agencies in South Africa recently woke up to the news that several major media owners had changed their rate cards literally overnight after the Competition Commission gazetted amendments to section 73A of the Competition Act.

Media24 and DStv Media Sales announced they were changing all rate cards – across its newspaper, magazine, television and online properties – to “exclude the long- established 16.5% early settlement discount or agency commission”. The Caxton group soon announced its agency commissions would be restructured. Fees payable to accredited advertising agencies would be 15.5% and to unaccredited advertising agencies would be 14%. Furthermore, the Caxton Group would allow an additional 1.5% discount for timely settlement.Times Media Group said it had reviewed its structures and revised rates have been introduced for both accredited and non-accredited media agencies across all of Times Media’s media platforms.

At the time, The MediaShop’s Chris Botha said he didn’t believe the amendments to the Act would have a major impact on agencies that “operate above board and have transparent relationships with their clients”.