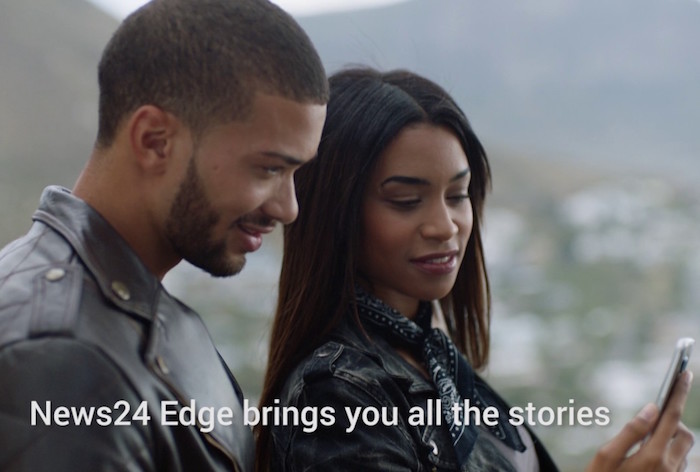 Unsurprisingly, News24 continued its dominance of news media in the country, topping the ranking, with over 7.3 million unique browsers and over 77.5 million page views.

Here is the top 10 ranking for news sites: 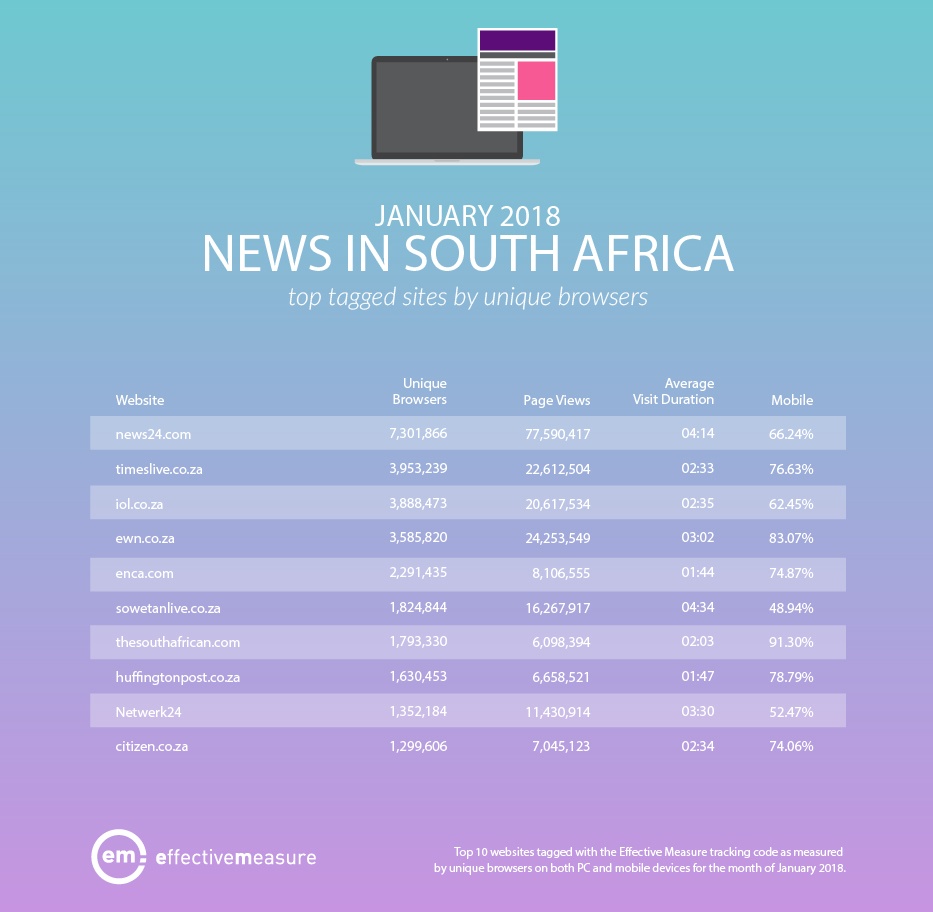 Looking at the top ten ranking, including non-news sites, News24 still comes out top, but second place was claimed by online classified site gumtree.co.za. The site had over 6.3 million unique browsers and just under 165.5 million page views, the highest number on the list, even beating News24. Other non-media sites included in the top 10 were Vodacom Vlive (which had the highest percentage of users accessing the site off their mobile – 99.53%), msn.com, mybroadband.co.za, and autotrader.co.za. 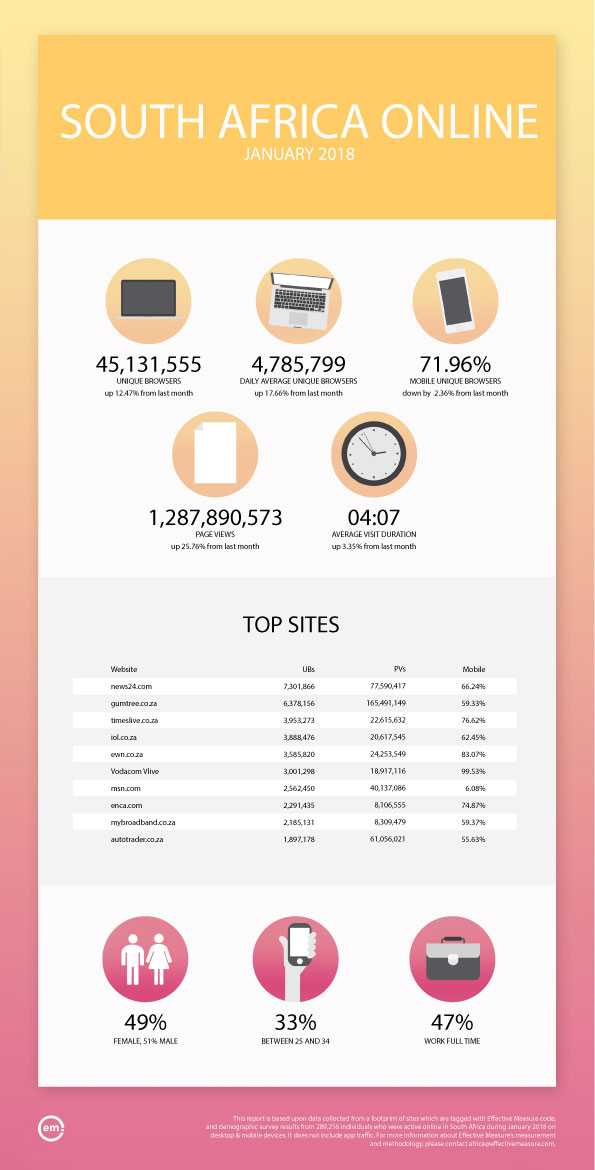 A whopping 1.28 billion page views were recorded in January, up 25% from December. Average visit duration also increased, seeing a rise of 3.35% to 04:07.

All data and graphs courtesy of Effective Measure.