LATEST NEWS
Home Communications Opinion On the record… Sexual harassment in the media, yes it is a thing

On the record… Sexual harassment in the media, yes it is a thing 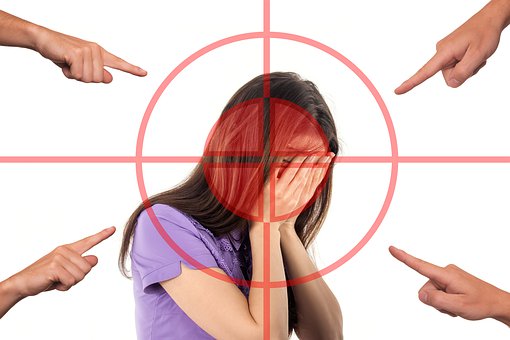 Late on Tuesday afternoon, Primedia Broadcasting responded to The Media Online’s questions about the senior executive accused of sexual harassment with a statement saying he had resigned after an internal investigation by an independent investigator.

We knew his name, but unless the company named him, we could not make it public. A few hours later, my Twitter feed exploded after @AdvBarryRoux (not Pistorius’ lawyer) named and shamed Primedia Broadcasting’s chief commercial officer, Mark Jakins, as the executive involved.

This being Twitter, and this being South African Twitter, it wasn’t long before all manner accusations were hurled about with much abandon. Why hadn’t media named him? Was it because he was white? Or a friend of the CEO’s? Others accused talk show hosts of protecting him because the same company employs them. It was ugly, as ugly as sexual harassment itself.

The thing is, the media cannot name someone because Black Twitter or any Twitter puts it out there. That’s called a witch-hunt and it is not ethical journalism. We can only name someone after its been verified by a number of impeccable sources, and preferably by the company itself.

What the Twitter outcry did, though, was force Primedia Broadcasting into a position where it had to come clean to preserve its own reputation. Anyone who has worked in crisis communications knows that managing a negative story means getting ahead of it. And so, early this morning, CEO Omar Essack went on to Bongani Bingwa’s 702 breakfast show to answer to most of the claims made so public on Twitter.

And Bingwa let him have it. There was no room left to accuse him of letting his boss off lightly. Primedia itself outed Jakins as the executive involved, and it was now possible to name him.

But let’s make something clear: Sexual harassment has nothing to do with race. Look at the fallout from the Harvey Weinstein scandal. How men in TV, film and other high profile jobs have fallen. To make this incident about race is demeaning to the women who are victims of predatory sexual behaviour.

Sexual harassment has everything to do with men. Predatory men who believe it is their right to take what they want. These men are white and black and brown; they’re young and middle-aged and old; rich, middle-class and poor. We find them in parliament, and in every political party. They are entitled politicians, businessmen and corporate superstars who believe in Droit du seigneur, which refers to a “supposed legal right in medieval Europe, and elsewhere, allowing feudal lords to have sexual relations with subordinate women”. They prowl green and leafy suburban streets and dusty township roads.

What they have in common is they believe women are fair game, and that they can do what they want.

And yes, they work in media companies too.

Six years ago, my colleague and former editor of The Media magazine, Peta Krost Maunder, published a story on sexual harassment in media companies. We knew of men who had moved from media company to media company as the accusations got too close, and the possibility their deeds would become public drew near. We knew this was an “open secret”. But nobody would name and shame these men.

Read the story on government officials harassing women journalists: Lifting the lid on sexual harassment of journos by govt officials

And about the threats female journalists face all too often: Dark day for female newsmakers

Why, you might ask, didn’t these women complain? These are educated and empowered women. As Krost-Maunder wrote, “Most women, including those who allowed me to quote their experiences, will not discuss this topic. It is a taboo subject because there is a fear of reprisal. Despite most media houses having policies on sexual abuse or any kind of harassment, most women are afraid to stick their necks out in the institutions in which they work.

“‘It is just not worth it,’ said one. ‘I love my job and don’t want to jeopardise it. I may hate that this happened to me but I deal with it. Besides, what happens if I do complain?’ More than anything, women in this industry don’t want to be seen as weak or victims because it would affect their work and how they are perceived in the newsrooms.”

Krost Maunder spoke to some of the South African media’s most powerful women: Terry Volkwyn (who was CEO of Primedia Broadcasting at the time); Esmare Weideman, the CEO of Media24; Phylicia Oppelt, former editor of the Sunday Times and The Times; Ferial Haffajee of the Huffington Post, then editor of City Press; and Cecilia Russell, then news editor of The Star.

Many of them had personally experienced sexual harassment in the workplace.

“In my career I have found myself in a few uncomfortable situations – inappropriate advances by men in senior positions. In some cases, I have subtly passed on the information to my seniors to ‘have a word’; in other cases I have kept quiet. Why? Because sadly, it is still true that women – or men – who have been at the receiving end of sexual harassment are scared they will be branded as troublemakers if they lay a complaint. People think twice – five times – before taking action because they fear intimidation or simply find it too awkward to have to work with someone they’ve laid a charge against. So, yes, I do think many cases unfortunately go unreported,” Media24 chief executive officer Esmaré Weideman told Krost-Maunder.

Respect to the woman/women (that much has not yet been made clear) at Primedia Broadcasting who was/were gatvol enough to stand up and stare down the bosses. May more women in the media feel the environment has changed enough post-Weinstein to finally come forward. And may the media companies man up and deal with it. It’s not an old boys club.