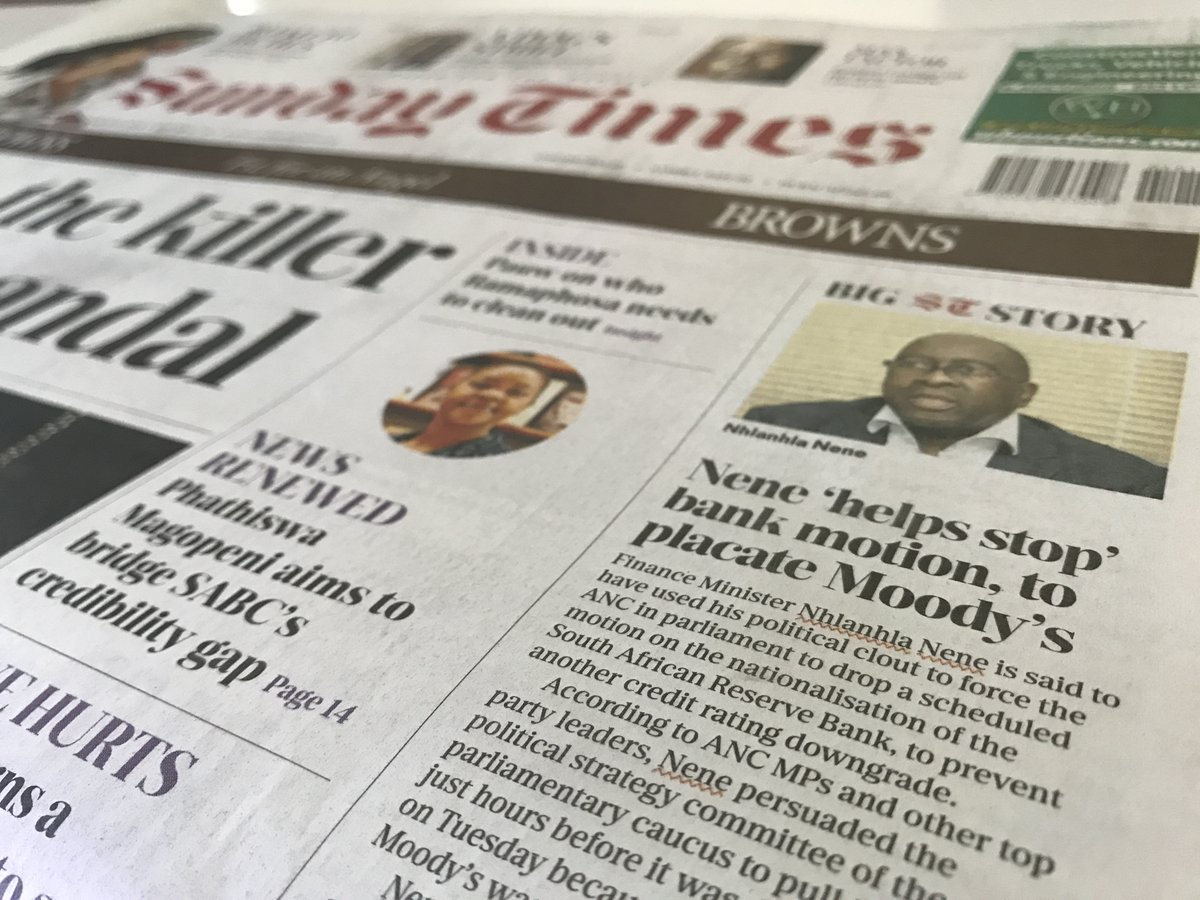 “I was irritated by these red lines and was about to Tweet the Sunday Times, then I saw the ad. Well bloody played @NandosSA,” said Khaya Dlanga.

“Bravo @NandosSA @mcsaatchiabel for this, in the @SundayTimesZA today. Campaign itself is brilliant and the teaser is clever,” wrote Gillian Rightford.

The campaign that had them talking? It is Nando’s #rightmyname. Chief marketing officer at the global chicken franchise with a reputation for clever and challenging marketing, Doug Place, explained. “At Nando’s, we’ve always loved celebrating South Africa’s diversity. So when we noticed that after more than 30 years, spellcheck still highlights Nando’s as a mistake, it got us thinking. What about other names in South Africa? Names like Nokuthula, Elodie, Darawees and Tebatso. Why are their names highlighted as mistakes too? Not cool.”

Big issue? Big feature. The @NandosSA #rightmyname campaign has taken the red line fight to print. Red lines as far as the eye can see from the front page to page 3 in today's @SundayTimesZA.
Head to //t.co/MfFwadZAfv and let’s fix our sh*t by Human Rights Day. pic.twitter.com/s1VmQjjcdM

This weekend, the Sunday Times carried a front page story headlined, “Nene ‘helps stop’ bank motion to placate Moody’s”. In it, names remained underlined in red, just as Spellcheck does.

As editor Bongani Siqoko said, “I’m looking forward to a day when the emails I send and receive are no longer tarnished by that discriminatory red squiggle. As an editor, there is only so much squiggling one can tolerate on a screen, before seeing red.”

So what is the aim of this #rightmyname campaign? It’s simple. By 21 March 2018, Human Rights Day, Nando’s promises “South Africans will “be able to update your spellcheck dictionary and get rid of the red line beneath your name – and the names of all your friends and family too.”

But for that to happen, South Africans need to go online and register their names on www.rightmyname.co.za as soon as possible. 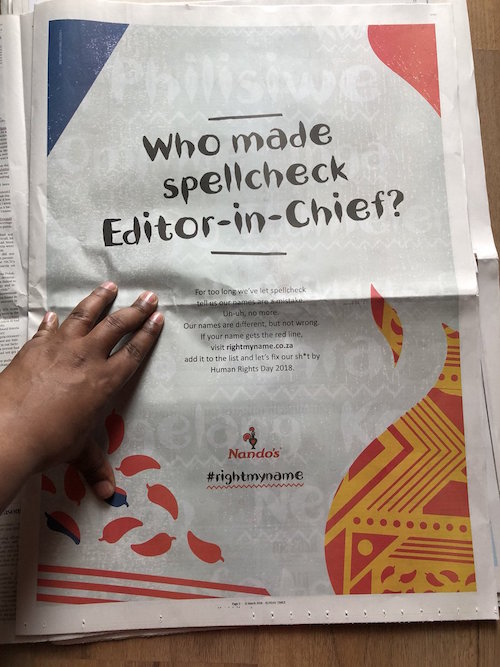 Reardon Sanderson, GM of sales and marketing at Tiso Blackstar, also suffers the red-squiggle blues. “Spellcheck shows a broader ignorance of diversity by those who create the technology,” he said. “We’re therefore thrilled to support Nando’s and be part of the solution where all our names are given the respect they deserve. I feel very hopeful and fired up.”

Applause to the team at @NandosSA and @mcsaatchiabel who partnered with @SundayTimesZA for the #rightmyname campaign. Pure marketing brilliance. Yet so remarkably simple. Super proud ???????????? pic.twitter.com/zRoRPDIhK7

I was irritated by these red lines and was about to Tweet the Sunday Times, then I saw the ad. Well bloody played @NandosSA ????#RightMyName pic.twitter.com/jrRphcTRaS