Station of the Year finalists announced for Liberty Radio Awards 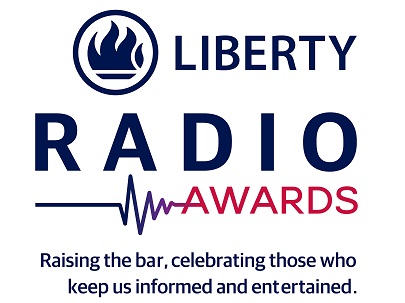 The nominees for the coveted Station of the Year Award at the Liberty Radio Awards have been announced, with the adjudication process to determine a winner currently ongoing.

The finalists are as follows:

“The announcement of the category finalists has been met with a fantastically positive response,” says Lance Rothschild, CEO of the Liberty Radio Awards. “The adjudication panel who select the winning stations of the year are going to have their work cut out for them, particularly considering the overall standard of the entries for this year’s awards. It will be very exciting to see who the panel determines as the station that continues to raise the bar in terms of compelling content quality. After all, the Station of the Year title gives the winning station- and all who work there- bragging rights for the next year.”

In addition, the inductees for the Bright Star, and Hall of Fame have also been announced.

This year’s Bright Stars are as follows:

The Bright Star Award goes to candidates who are 35 years or younger – either on-air, or behind-the-scenes, who are making their mark in the industry. The award aims to recognise a person who has an intrinsic understanding and love for radio, respects its past and also has great ideas for its future.

The following radio personalities make up this years’ Hall of Fame class:

Dave Tiltmann
Dudu “Lady D” Khoza
Haider Ali Dhorat
Kevin Savage
Lloyd Madurai
Mel Gahler
Phumzile Mnci
Thuso Motaung
Wilson B Nkosi
Zweli Nokhatywa
The Hall of Fame recognises persons who have been in the industry for over 15 years, who are either still in the business, or who have retired. The inductees need to have made an indelible mark in the industry and who will leave a positive legacy – either on air, or in management. Ideally this is someone who is revered and talked about fondly by the industry as a strong inspiration and mentor.
Killy Bacela, Divisional Director of Group Brand & Marketing at Liberty, says: “The Station of the Year is indeed the Grand Prix of the Liberty Radio Awards and we look forward to revealing the winning station and celebrating with the industry on 14 April. Acknowledging excellence and recognising the commitment it takes to not only be the best, but to create a legacy for the future is one of the core values of Liberty. We congratulate the finalists, who can be secure in the knowledge that they are being recognised for their dedication and their passion for storytelling and entertainment.”
The Liberty Radio Awards takes place at the Sandton Convention Centre on Saturday 14th April. More details about the Liberty Radio Awards may be found at www.libertyradioawards.co.za.
Related Articles: