Authentic and real, Ayanda MVP is full of life… for five hours every weekday 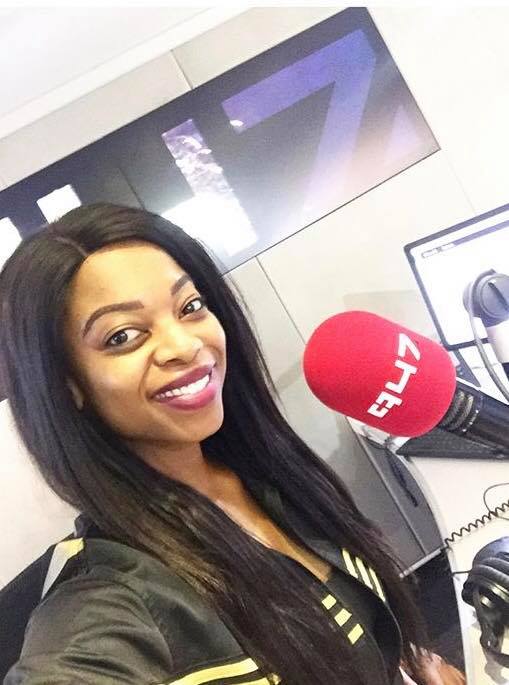 “I am full of life, I am life,” is how Ayanda MVP describes herself, living up to her the catch phrase she has used throughout her radio career. And she sure has to be full of life, what with hosting a full-on five hour daily radio show on 947.

So how did that come about?

“At Primedia, one of our big beliefs is to try and grow and develop talent, existing or new … We’re always looking at the next level of talent,” explains 947 station manager Ravi Naidoo.

That is how Ayanda MVP ended up at the station, hosting a weekday 10:00 – 15:00 show. “I don’t think I thought I was ready. This was such a culture shock. This audience is very different from Yfm. It helped working weekends from 14:00 – 18:00, getting comfortable with the audience and going back to basics doing generic links,” she says.

She was also scared the 947 audience wouldn’t like her. “They are judging you on what you can offer them intellectually, spiritually and conversation-wise,” she says. “I used to go to Ravi’s office and say ‘I don’t understand why you keep giving me bigger slots and opportunities. He said it was because I am authentic and real”.

The show has given her the extra responsibility of looking after herself better, both physically and mentally.

No different from a normal show

Ayanda plays down the difficulty of presenting a five hour show. “It’s just an extra two hours. It’s not like I’m going to faint in the third hour and keel over,” she laughs.

Her strategy is to split the show in half, using a different approach for the first and second parts. “10:00 to 12:00 there’s not a lot of talk, we just came from breakfast and Beatz at Work. So I don’t go in hard with having conversations; I play some music and give some interesting information, not asking much of the listener. Come lunchtime you are more into the audience and more conversational with them, as after lunch they are more chilled,” she explains.

In 2016 Primedia approached Ayanda to talk about how she could be incorporated into the 947 team.

“Ayanda is the future of 947. Someone who has fantastic energy, is out in the community, is passionate about giving back, and is aligned with the values of Primedia and 947, which is somebody who is invested in making a difference for the future and in sustainability,” Naidoo says.

A typical day for Ayanda

She gets into work typically at around 08:45 and prepares for the show accompanied by lots of music and dancing. “I love music and I love listening to people and the drive about music … I listen to everything and anything,” she explains. After the show she does voiceover work for several big clients before hitting the gym, heading home (with lots of dancing around), showering and reading.

Strongly opinionated about how women are treated in society, Ayanda is teaming with Primedia Broadcasting on a new podcast series venture, focusing on telling women to address themselves the way they want to be addressed.

“People generally think that with females, sex sells and that’s the only way you can get the message across. But that’s not the case. That’s what we are trying to eradicate in any industry that deals with entertainment and women. We’re not here to sell ourselves, we’re here to communicate with you. And in terms of transformation, that’s happening more now,” she explains.

Building on the in-office listening audience

“In-car listening is massive, morning and afternoon drive, but in-office listening is just as important. It may not have the same intensity as mornings, but it is important for 947 to build on … We wanted Ayanda to be a part of the in-office environment, not just broadcasting to them,” explains Naidoo.

When the show was extended to five hours (10:00 – 15:00), Naidoo explains it was a case of “how can we take our existing talent and maximise her”, rather than being the first radio station in South Africa to have a five hour show.

Ayanda previously hosted the lunchtime show on Yfm, and before that presented on campus radio at Tuks FM. When she first arrived at 947 she presented a weekend morning show and filled in on other shows as needed.

The role of radio in her youth

Ayanda’s mom and dad were not big on her having friends, so she spent time listening to the radio (knowing the daily line-up of almost all the stations on air). The television was her dad’s thing, where he watched soccer, so they gave up on watching TV and switched to radio, which drives people through life.

“I have a belief that radio is powerful. It can switch your mood up, affect the way you think, and make or break your day,” she says.

Coming from the National School of the Arts where she studied drama, Ayanda accidentally fell into radio at university. While studying psychology and criminology, she applied to Tuks FM because she was bored on campus.

Advice for the youth

While she represents the youth, particularly the millennials, Ayanda stresses that young people in the media industry must listen more.

“Listen to advice from older people. The problem with this generation is the moment they make it they feel they can ride the wave and they’re in charge of their life and no one can tell them anything else. We just want and they must give us … We lack self-discipline as South Africans in certain situations,” she emphasises.

When asked what her most embarrassing moment on air has been, Ayanda recalls Heritage Day, when she asked listeners to send WhatsApp voice notes with sentences from their culture that mean something in their traditional language. One person sent in a phrase in Indian that was derogatory and Ayanda said it multiple times on air, before she was alerted to the fact it was bad.

“I went back on air and said ‘I humbly apologise’. I was very mad, pissed and irritated … I was trying to make us all one and learn from each other,” she explains.

Ayanda’s show is framed by two one-hour slots of music, driven by audience requests through voice notes via 947’s WhatsApp line. Explaining why these were implemented, Naidoo says, “Most breakfast shows are quite intense in terms of talk and content as the audience is up for it … The whole idea was, come 09:00, if we go into the psyche of a listener’s day, it was ‘just give me a break’.”

The afternoon music slot (15:00 – 16:00) is still up in the air as to its future, with the station still diving into the audience research and trends in afternoon drive time listening.

Not just Ayanda, but all the presenter shuffles across the Primedia Broadcasting stations are driven by intense research and audience feedback. Moves will be made if the group sees listener trends starting to dip, including an end to Ayanda’s five hour show, if the audience is no longer receptive.

When not at work, Ayanda enjoys hitting the gym, reading, listening to music. She doesn’t own a television, explaining, “I feel a TV would make me lazy and being in the music industry you have to keep up with the latest songs and trends”. Being a Hip Hop club DJ in her spare time, it is very important for Ayanda to stay connected to the music.

“I am never in a bad mood, because I am doing what I love. And if I am in a bad mood then it’s that time of the month,” she candidly jokes.