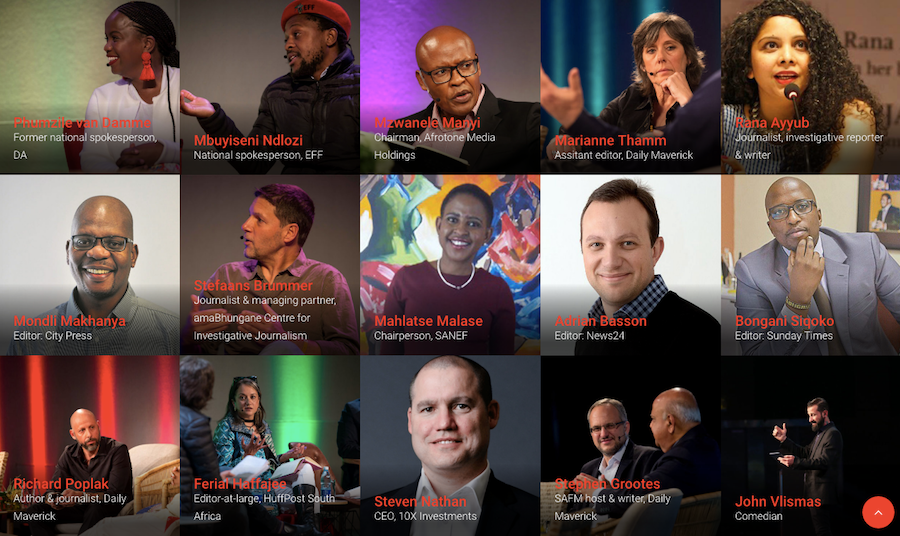 The Daily Maverick has had “an interesting, challenging, rewarding, exciting, and dangerous year”.

With a month to go before The Gathering: Media Edition event gets the nation talking, CEO and publisher, Styli Charalambous, says things aren’t going to change any time soon in the “soap opera that is our politics”. As he points out, as the investigations into state capture gather momentum, “people are swinging from fences, could go to jail and are being removed from the feeding trough”.

These events are of keen interest to all South Africans so it’s vital all of us – not just media professionals – educate themselves about what’s going on, and why the media plays such a hugely important role in our society.

“The reason we’re doing a media edition of The Gathering is first and foremost as part of an education process,” he says. “The work we do is important, and it has its challenges, which is why it’s important we get support from greater public. The industry discussions that happen at The Gathering: Media Edition should be open to the greater public, they should be privy to the thinking and views of our speakers, and debates about our industry.”

“At its core, the event will showcase the crisis media is facing, the challenges in South Africa and the important discussions we need to have as media reaches every part of our lives,” says Charalambous. “People just think it all this happens in vacuum and they don’t need to get involved. But that’s not true. There’s a real risk South African media collapses, as it has pressures on all sides.”

While the event has educational aspects, it is also a brand extension of The Gathering and of Daily Maverick itself. Plus it’s hosted in Cape Town, something residents have wanted for years. Last year, the Gupta Leaks gave the event huge impetus, especially as the so-called activists from the BLF arrived in defence of the Gupta and Zuma families, as they’re still doing now. “It was an intense time for us,” Charalambous admits.

“Certainly the Gupta Leaks helped those who do their jobs properly. I think the media drew a line, and that the man now in presidency might not be there now had it not been for the media. Perhaps some are more appreciative of the role we play now. Elections are coming up next year, and it will be hard for journalists to do their jobs. What with political and economic pressures, the juniorisation of newsrooms, the chasing of clicks instead of substantial stories, we’ll be worse off if quality journalism is not supported,” Charalambous says.

Daily Maverick will be launching a membership plan at the event. The publication is already carrying ‘Donate’ messaging at the bottom of every story published, as The Guardian does in the United Kingdom. Charalambous visited The Guardian team recently, as says the Daily Maverick model will “mirror theirs quite closely”. Content will not go behind a paywall, and standard articles and investigations will be available to all readers.

While the Daily Maverick hosts two major iterations of The Gathering a year, there are plans to partner with others, and even to do advertiser funded events. “It’s hard, really hard, long time to get traction in the political space,” says Charalambous. “Not many brands jumping over selves to sponsor that kind content. Nando’s were amazing to walk that road with us when landscape much tougher and brands vulnerable.”

The Gathering: Media Edition is being sponsored by 10X Investments this year. It takes place at the Cape Town International Convention Centre on 15 August 2018.