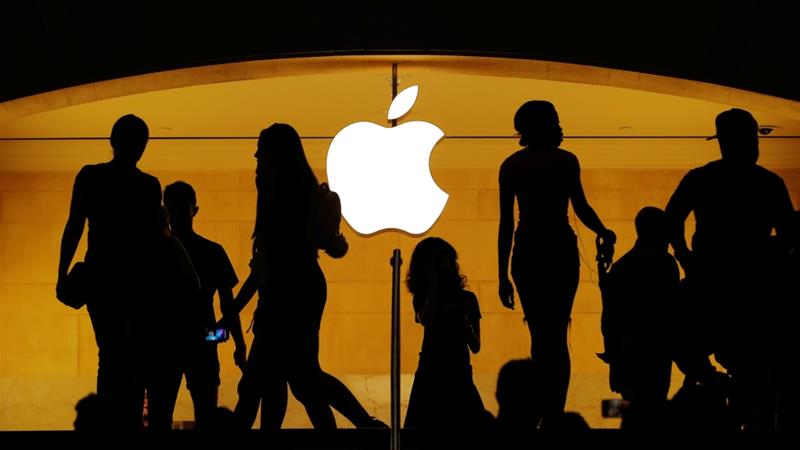 Photo: Apple may seem a giant, but by some measures it’s not. Reuters/Lucas Jackson


On 2 August, Apple became the first U.S. public corporation to achieve a US$1 trillion valuation, making it the largest company in the world – by one measure at least.

A New York Times article proclaimed that this milestone “reflects the rise of powerful megacompanies” that control a large and growing share of all corporate profits. It also warned that this phenomenon might be contributing to stagnant wages, a shrinking middle class and rising income inequality, suggesting regulators may need to rein them in or break them up.

But what exactly defines a “megacompany”? And what would make it so powerful that it needs dismantling, like “Ma Bell” back in the 1980s?

As a scholar of corporations, I believe that if we want to understand – and regulate – big companies, it’s important to be clear on the very different meanings of “big.”

When Fortune magazine first wanted to create a roster of America’s 500 biggest corporations in 1955, revenue was the obvious way to think about size.

A “major corporation” was one that sold a lot of products. With almost $10 billion in annual sales, thanks to its 54 percent share of the U.S. auto market, General Motors topped Fortune’s list that year.

But GM was also big in most every other way, including its stock market valuation or “market cap” (where it was No. 1), assets (No. 2, after AT&T) and employment (also just behind AT&T at 624 000). Indeed, for much of the post-war era the biggest corporations were big in every way, and market cap was very highly correlated with revenues, employment and assets.

Not anymore. The post-industrial corporation of today is often heavy on market cap but, like Apple, light on employment and hard assets.

Apple does not own the giant factories that assemble its popular phones – Foxconn does. Apple is notably light on tangible assets like property, plan, and equipment, relative to its total assets. And with only 123 000 employees globally, Apple is not even among the 50 largest employers in the U.S., in spite of operating a chain of retail stores.

So how exactly is Apple “mega”? In the eyes of The New York Times and Wall Street, it seems, primarily because it’s worth a trillion dollars.

Market capitalisation is the market value of all of a company’s shares. By this measure of size, Apple is not alone in the stratosphere. On the day Apple passed $1 trillion, Amazon was worth $895 billion, Google owner Alphabet was valued at roughly $853 billion, and Facebook was at $509 billion.

Yet just like Apple, their market caps belie more traditional measures of size.

In 2017, Facebook had 25 000 employees and $41 billion in revenue. Grocery chain Kroger – America’s third-largest employer – had 449 000 employees and $123 billion in revenue. In other words, it would take 18 Facebooks’ worth of employees to make one Kroger, and the revenues of three Facebooks to equal one Kroger. The 135-year-old, (mostly) unionised grocer operated 2,782 supermarkets and hundreds of other stores across the U.S. Facebook’s revenues came almost exclusively from selling advertising.

Market cap, however, tells a different story: Facebook’s market cap on 2 August was $509 billion. Kroger’s was a fraction of that, at less than $24 billion. That is, it took more than 20 Krogers to equal the value of one Facebook. This divergence was highlighted the previous week, on 26 July, when Facebook’s market cap dropped $119 billion – five Krogers’ worth – in a single day.

So which one is mega, Facebook or Kroger? Is market cap really the measure we should be using to define what makes a company big?

After all, Facebook’s high valuation does not mean it has a half-trillion dollars sitting in an underground vault somewhere in Menlo Park. Its shares are mostly owned by outside investors (although Mark Zuckerberg still controls an absolutely majority of the votes and, therefore, the board of directors). And if we think of businesses as “job creators,” then the tech sector turns out to be a big disappointment.

Even Alphabet, the paradigmatic corporation of the 21st century, has only 80 110 employees around the globe. Notably, Bloomberg reports that Google’s “temps, vendors and contractors” actually outnumber its permanent employees.

The seeming paradox of corporations being giant in one dimension and tiny in others can be resolved by examining what Wall Street values and what it disdains.

Specifically, it seems that the stock market does not love job creators, and if it is impossible to avoid having employees, Wall Street prefers that they not be paid well.

In other words, in the minds of those in business, there may be a built-in negative relation between market cap and employment.

Consider some examples. On 19 February 2015, Walmart – America’s largest employer by far – announced that it would raise the minimum hourly wage paid to its U.S. employees to $9, at an expected cost of $1 billion for the year. By the end of the day its market cap had dropped 3.2 percent, or over $8 billion.

And in April 2017, when American Airlines announced that it had negotiated raises for its pilots and flight attendants, the market punished it with a 5.2 percent share price drop. Analysts explained their displeasure: “This is frustrating. Labor is being paid first again. Shareholders get leftovers.” And: “We are troubled by AAL’s wealth transfer of nearly $1 billion to its labor groups.”

Today’s corporate leaders have received Wall Street’s message and seek to stay as “lean” as possible. Indeed, the median corporation to go public after 2000 had added just 51 jobs globally by 2015, and these often came from acquisitions. When it comes to employment, evidently small is beautiful.

The meaning of ‘big’

How we think about corporate size matters.

Big is sometimes linked to better, particularly in business schools and executive suites. And cities and states pay millions and even billions of dollars to lure “big” companies in hopes that they’ll bring jobs and economic growth – which may not turn out to be true for today’s megacompanies.

On the flip side, there are people like Teddy Roosevelt, who railed against giant, powerful corporations, arguing that they led to greater inequality, a concentration of wealth and the corruption of politics.

Today we face similar problems: growing inequality, concentrated wealth and shadowy corporate money shaping our politics. But if we want to tame the giant corporations – as Roosevelt did – we need to have a clear sense of just what “giant” means. And we need to give up on the idea that corporations that are big in market cap necessarily create jobs.