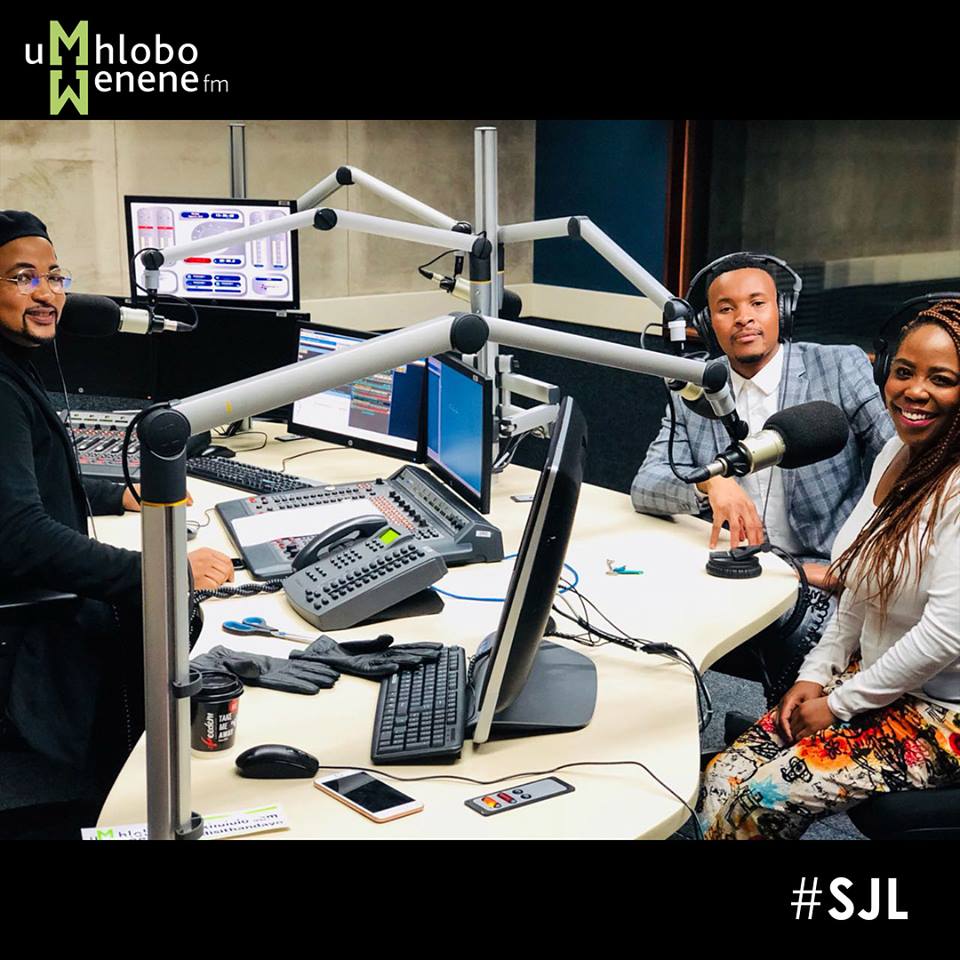 
[OPINION] Pretending we can turn the clock back or have the SABC operate in a way that it never really has done is not helpful to the cause of public broadcasting. Instead, it harms it. Surely now is the time to re-imagine public broadcasting and the wider objectives of social cohesion. Having those important national conversations could happen in a completely different media environment.

When Stephen Grootes puts pen to paper, it is invariably worth reading. Even if one disagrees with what he writes, his writing is characterised by honest, fresh perspectives and a different way of seeing things. In political writing and reporting, he manages to combine sound theoretical analysis with knowing how people and things work in the real world.

His response to a piece I wrote on the unfixable SABC falls well short of his own standards. First, he frames my piece as an attack on the SABC when it was about what to do when a patient in intensive care and on expensive life support is nearing the end. At what point does one have to decide to “pull the plug”?

At about the same time that all South Africans first voted for the first time in a democratic South Africa, the World Wide Web was bringing the internet to everyone. It had been invented by Tim Berners-Lee in the same year that Nelson Mandela was released from prison. Making information accessible via browsers was to dramatically change the world in a way that could not have been anticipated at the time.

Who could have anticipated then that a minority share in a Chinese internet company would come to represent over 20% of the market capitalisation of all shares listed on the Johannesburg Stock Exchange in 2018? Or that just five of the largest internet companies would collectively exceed the market capitalisation of the international businesses that make up the entire FTSE 100 (also bigger than all the companies that make up the Hong Kong’s Hang Seng index or more than Germany’s Dax and France’s Cac 40 put together).

Read more 1: Can the SABC be saved and should we even try? (Dirk de Vos)

Read more 2: A credible and successful SABC is worth fighting for (Stephen Grootes)

South Africa does not appear to want to change. The SABC is one of many parastatals in deep crisis. What it shares with other state-owned enterprises is that it is largely the same creature inherited from the apartheid years. The technical term used in the broadcasting licences it obtained in the democratic period is ‘grandfathered’. The SABC was grandfathered into the new dispensation.

Of course, there have been some marginal changes, but the SABC as we find it now would be instantly recognisable to someone looking back to 1994. It still runs three television channels split roughly according to language groups. These channels are still transmitted by analogue and hog available spectrum/bandwidth. Radio services too are not that different to how they were. There are single mostly national radio services for each language group and a few additional offerings like 5FM and Metro FM (which, despite its name, is also a national service). The SABC itself was modelled on the broadcasting system designed by the former colonial power, Britain.

While the world moves on, South Africa and its leadership seem scared of change and appear to lack the confidence to try anything new. There is a word in Afrikaans to describe this conservative mindset: ‘behoudend’. It is more than not wanting change, it is about trying to preserve what you have already got. It is a bad mindset because what you have may well be crumbling in the panicked grasp of your own hands anyway and you would have lost the opportunity to get something else that is newer and potentially much better.

What do you call a screen/speaker set-up connected to some electronics on which you can select to view video and/or listen to sound of content transmitted to this set-up via radio waves or along a wire? A television? A computer? A telephone? Could be any one of them, but one of them makes you liable to pay a licence fee to the SABC.

What the future holds

The frustration with the SABC is that we have had a dry run to see what the future holds. The press, or the Fourth Estate (due to its importance as almost another arm of government), has been brought to its knees by the way that the internet runs. Right now, the web is essentially in the hands of a few mighty internet behemoths funded on an advertising model. The internet, or rather the Web 2.0, is now structured around targeted advertising. Apparently, targeted advertising is more effective at delivering eyeballs to advertisers. Online targeted advertising is said to solve the problem reflected in the famous quote by John Wanamaker, the founder of Macy’s department stores:

“Half the money I spend on advertising is wasted; the trouble is I don’t know which half.”

Television has been spared this devastation – for now – but everyone, including Grootes, knows that this can’t continue. That even the mighty MultiChoice which has run a state-sanctioned monopoly for many years is now calling for regulation of operators such as Netflix is indication enough of that.

“The future,” as the brilliant science-fiction writer William Gibson says, “is already here – it is just unevenly distributed.” What we now call broadcasting is going to be multichannel. This could be via the long delayed Digital Terrestrial Television (DTT) rollout or what we see happening through fibre/broadband connectivity. By 2021, as much as 82% of internet traffic will be video.

(Suggestion to the department of communications: Leapfrog technologies; scrap the disastrous DTT rollout; licence television spectrum for 4G/5G and fund a phone with RCA cable adapters in place of set-top boxes; cover the remote areas by licensing the MultiChoice platform and use their decoders. Driving industrialisation via manufacturing set-top boxes is so turn-of-the century).

Whether we like it or not, the competition for SABC’s advertising revenue is going to get fierce and when your public broadcaster is already unable to survive on what it gets, it is irresponsible not to call into question how the SABC will survive or what to do instead.

Grootes makes a telling analogy with Eskom. Leaving aside the claim that the SABC is nearly as important as Eskom – it isn’t not even remotely so, he says. We do not give up on Eskom just because it was run into the ground and instead, because he says it is necessary, we fix it.

Well, actually, Eskom is also unfixable because we need to reduce the destruction of the environment, but Eskom is also unfixable for some of the same reasons that the SABC is unfixable: the introduction of new, cheaper, technologies and new methods of running electricity utilities. Even Eskom’s new board and management agree on the need for a fundamental restructuring of the parastatal where Eskom’s role will be different. That is not even controversial any more.

Why then, since the SABC’s viability is a “known known”, do we simply kick the can down the road by pretending that things can continue as they have been? Why, oh why, do we have to wait for the complete collapse first?

Grootes’ justification for the SABC is a worthy one. The SABC could be an agent for social cohesion to facilitate the important conversations that South Africans need to have. But, in a sleight of hand, he links these important issues with having the SABC.

As Grootes concedes, the SABC has not played that role very well. Indeed, the SABC has been our Fox News for most of its history. We just don’t recognise it because while its political orientation has been every much as biased as that of the Fox News channel, it has been a different political orientation. If anyone has wanted to get the real news, they have had to switch to e.tv, a service largely owned by the textile workers’ union. Given the SABC’s history, it is hard to swallow the line that “this time it’s going to be different”.

The question of indigenous languages

The idea that indigenous languages depend on the SABC is ludicrous. On the contrary, it is likely that the SABC harms the development of these languages in broadcasting. As the SABC has been the only available platform, it commissions productions against set standards with set formulas/genres and production values. The Zulu language drama series Uzalo costs R14 000/minute to make to meet SABC standards. How much more could be done in Zulu using much cheaper digital cameras and production equipment without the SABC’s archaic constraints?

Because it is the main platform for television in indigenous languages, the SABC has constrained the growth of new and innovative independent producers that could be making both amazing and less than amazing but popular content.

Perhaps we could look to the completely decolonised Nollywood instead? Imagine what could be possible if R1-billion (roughly SABC’s loss in its last published financials) was set aside each year in a fund administered by a body like the National Film and Video Foundation to fund productions in indigenous languages? It is hard to say, but surely we should be asking those questions?

The dead hand of the SABC on indigenous languages is particularly stark in its radio division. The SABC promotes its Zulu and Xhosa language services, Ukhosi FM (7.3 million listeners) and Umhlobo Wenene (5.2 million listeners) as having some of the biggest listenership of any traditional radio service anywhere as if this is some sort of achievement. It isn’t, it is a failure. Apartheid type thinking would have it that all Zulu speakers, whether listeners in rural KwaZulu-Natal or young Zulu speaking professionals in Johannesburg, can be served by the same radio station.

Yet SAfm occupies a huge swath of scarce frequencies that serve to prevent alternatives, especially in our major metropolitan areas where the majority of South Africans now live. The further, perhaps unkind, question is: If an important national conversation does take place, and nobody was there to hear it, did it actually really take place?

Despite my position on the SABC and for the same reasons that Grootes points out, I am strongly in favour of what is generally understood to be ‘public broadcasting’. As an aside, I am also strongly in favour of a reliable, widely accessible, inexpensive and publicly provisioned electricity supply. I simply don’t agree that the SABC in its present format, relying as it does on advertising, is the vehicle to provide it.

Pretending we can turn the clock back or have the SABC operate in a way that it never really has done is not helpful to the cause of public broadcasting. Instead, it harms it. Surely now is the time to re-imagine how public broadcasting and the wider objectives of social cohesion and having those important national conversations could happen in a completely different media environment. Believing that audiences and advertisers are about to return is just not going to cut it. Ask the newspapers.

Just how we secure public broadcasting and fund it into the future is a very important national conversation. Let’s re-imagine how that could happen without having to save the SABC as the only means of doing so. 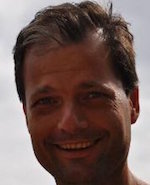