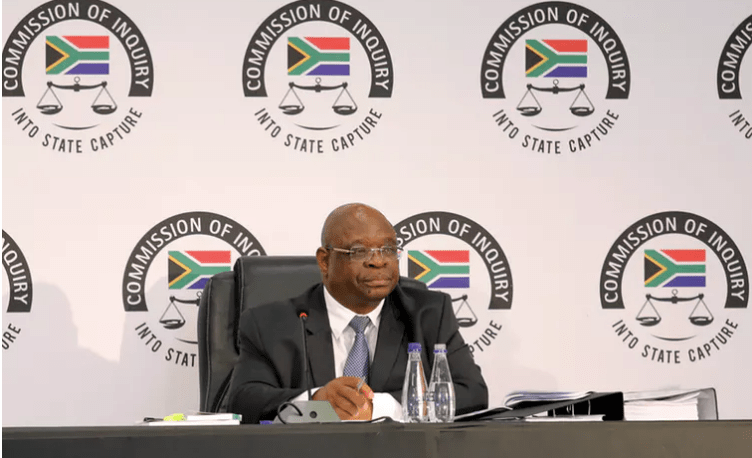 
A commission of inquiry into corruption in South Africa is underway. How it goes about its work, and delivers on its mandate, will have profound constitutional and political consequences. This is more so because it is clear that deposed former President Jacob Zuma, who is at the core of the allegations, has launched a fightback campaign that can undermine President Cyril Ramaphosa’s efforts to clean up government.

The remit of the commission, which is headed by Constitutional Court Deputy Chief Justice Raymond Zondo, is to establish the extent of what’s become known as “state capture” by rogue elements in government. Its findings will reveal how the country’s democracy was so imperilled within two decades of its founding election in 1994. It’ll also help ensure that the necessary remedial action is taken to prevent a repeat.

South Africa needs to find out how Zuma and his cronies, the Gupta family, were able to exploit weaknesses in the country’s governance system.

To perform its role effectively, a judicial commission must act as an inquisitorial inquiry whose job is to find out what happened and why. This requires it to refrain from acting like a normal (adversarial) court of law. The commission isn’t a substitute for criminal prosecution or, for that matter, civil litigation.

A great deal flows from this foundational point.

Zondo’s job isn’t to “follow the money” as some have suggested. Important features of the corporate labyrinth built by the Guptas and their allies and accomplices has already been uncovered, for example the property holdings of the Gupta family, or examined in court proceedings.

The commission’s job isn’t to track the flow of funds or any money-laundering machines. That will be the job of the criminal courts, as and when they get the chance.

Instead, Zondo should grapple with the politics of state capture. He needs to get under the skin of the politics of state capture; to get on record why and what happened; and to make clear findings of political accountability. Speed is of the essence. He needs to move fast enough that the commission maintains momentum and does not allow Zuma and other implicated parties to get out ahead of it, or to seek to tilt public opinion in their favour.

The urgency is underscored by reports that Zuma is plotting with others against Ramaphosa.

To evaluate the commission’s progress, it is important to keep in mind its terms of reference and its powers. What can Zondo investigate and what can the commission do about whatever it uncovers?

So the terms of reference are essentially confined to the Gupta family and its relationship with the democratic state – from the presidency and the cabinet, down through state agencies and state-owned enterprises, and down deep into the executive arm of government.

In digging for the truth, those responsible for what happened will – or should – be identified by the commission so that they can be held to account.

But what powers does the commission have to take remedial action to address any wrongdoings it uncovers?

Very little. Certainly, far less than people seem to think. The commission’s task is to investigate and report back to Ramaphosa, which may include recommendations.

These recommendations are not, per se, binding. The commission is essentially a fact-finding mission and does not have the power to make orders.

So the report could say, for example, that criminal activity has been committed, and the commission may refer the matter for prosecution or further investigation.

But, the prosecutorial authorities don’t have to wait for the conclusion of the commission process. Indeed, they should be following the proceedings closely and initiating action wherever it suggests that criminality may have occurred.

Uncertainty about this point has led to some procedural confusion during the opening fortnight, particularly around whether those implicated would have an opportunity to cross-examine.

Unfortunately, Zondo let the matter fester unnecessarily before finally ruling on September 11. He had little difficulty dismissing the application of the Gupta brothers on the basis that they are, in essence, fugitives from justice who are unwilling to come back to South Africa to give evidence to the commission. In the case of Zuma’s son, Duduzane Zuma, he granted the application to cross-examine.

This may be justified. But it may also be a red herring. The best commissions of inquiry are those with strong “counsel for the inquiry” who don’t just lead evidence of one side of a story, but who test the evidence as they go along, adding to its weight and credibility, in pursuit of a robust version of the truth.

There are anxieties about Zondo’s pace. It is worth remembering that this commission derives from the report on state capture by former public protector Thuli Madonsela. Because she had had neither sufficient time nor resources to complete her work, appointing a judicial commission of inquiry was the remedial action that had to be taken.

Madonsela wanted the commission to complete its work in six months. It was a rather optimistic target. But it wasn’t entirely unreasonable provided that the commission focused on the narrow scope set by the terms of reference, and organised its procedure in a lean and equally focused manner.

Zondo has asked for an additional two years. It very far from clear why he needs so long and has led the lobby group, the Council for the South African Constitution, to join the court proceedings to object to any extension.

Regardless, the commission needs to act as swiftly as it can. South Africans are being reminded daily that Zuma may have left office, but that he still is capable of muddying the waters. If it focuses efficiently on its core task, and evidence of the political conspiracy that underpinned the state capture project is adduced and tested, the proceedings of the commission may serve to keep a lid on Zuma’s fightback campaign.

The stakes are very high for all concerned – for Ramaphosa’s political future, and for the country he leads.