Leveraging the gig economy to ‘in-house’ your agency 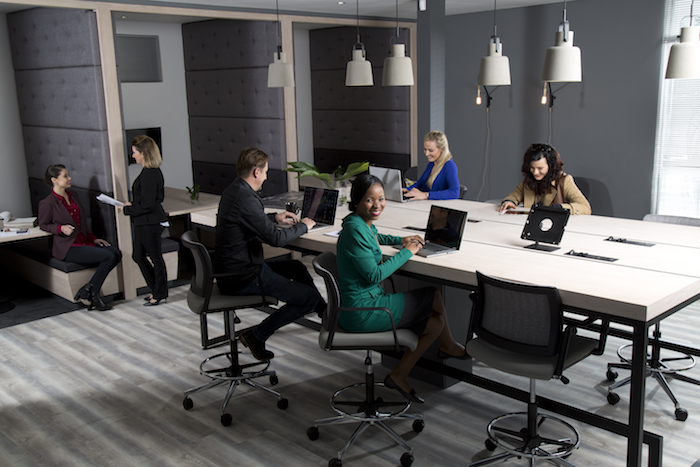 Photo: The Workspace, a coworking space home to contractors working in the gig economy


I saw a few reports this past week that centred around the Association of National Advertisers’ report on marketers bringing agency functions in-house. I read Maarten Albarda’s Media Insider piece, and his points are correct, but I think there’s actually a dirty little secret out there that nobody pointed out: It’s cheaper to leverage the contractor gig economy to get quality work than it is to use an agency. Many marketers consider this part of their in-housing strategy.

If you use an agency, it’s primarily because of two reasons: you need resources you don’t have (for example, warm bodies), or you need expertise you can’t find (for example, strategic thinking).

Agencies supply great solutions to these two needs, and you don’t need to take on full-time employees, so therefore your risk is lower than hiring a bunch of staff members.

When business ebbs and flows, marketing is usually the first to get cut, so it’s easier to have an agency in place that can ebb and flow with you rather than hiring a bunch of people and having to reduce staff later.

That being said, having an agency is still a burden because you have to sign contracts.

As a marketer, I love the tools available to me from sources like UpWork, 99Designs, Fiverr and more.  These places all offer quality people with strong experience who can work at competitive prices with flexible schedules and expectations.

You can get creative done, voiceover work completed, video production, social management, and just about everything else you need to succeed. These companies don’t operate in the same manner as traditional contractors, since their work can be project-based, with a fixed cost, but in many cases the quality of the work is actually better than it would have been with a more traditional contractor. These folks are more focused than many agency people who are sliced thin among any number of clients.

In my work with these kinds of companies the last few years, the engagements have been as short as one project for a week and as long as multiple projects for a year straight.  In every case I was one of a few clients they were taking on, and we worked out minimum time commitments and rates that fit into my budget, with options to increase.

… in many cases the quality of the work is actually better than it would have been with a more traditional contractor. These folks are more focused than many agency people who are sliced thin among any number of clients.

The turnaround time for work was excellent, and I found myself more than willing to provide references for almost all these workers.

Essentially my hit rate on successful relationships through these sites has been higher than it was when it came to agency talent. In an agency, I found that even when the chemistry was off, those people still had to be involved with the business because an area of expertise or an FTE billing issue meant there was little other work that person could be doing instead of working on our account. That resulted in people handling our business who really would have been better off with another client.

I’m not bashing agencies. I think they have their rightful place in the ecosystem when you are able to commit to a long-term relationship, but not willing to commit to hiring on your own end.

Still, I think the gig economy and these new contractor-aggregation platforms are beginning to have an effect on the agency market. The long-term viability of stitching together your own little network of skilled people is just as effective, if not more so, than hiring a prepackaged group of agency folks.

It is also easier, because there’s no agency review to be held, and minimal negotiation because you post the value of a project and people bid on it for you.

This trend, I surmise, is being included though maybe not called out in the ANA evaluation of in-housing, as more marketers take advantage of these types of arrangements.

If nothing else, we’re a very inventive group of people when it comes to getting work done and being efficient with our budgets.

Photo: The Workspace, a coworking and serviced office company where contractors and freelancers work.