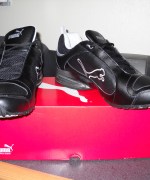 The big agency news this week saw the announcement of Puma moving its $300 million global media buying and planning account to Havas Media.

The win follows Havas Media being named, earlier this month, as the integrated media agency of choice for Papa John’s.

The 500 most important people in global media

Variety500 has released its second annual index of the top 500 most important people in global media.

Noticeable on this year’s list, compared to the one from last year, is greater diversity. Female representation was up 13% year on year, with the 104 women that made the cut comprising just over 20% of the list. African-American representation (men and women) also rose, from 25 to 35 honorees.

Variety has the story here, and the full list can be viewed here.

Hong Kong is a “magnet for shopper and a centre of taste and luxury in the heart of greater China”. 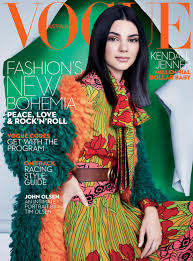 That is why, says Jonathan Newhouse, chairman and chief executive of Condé Nast International, the company has chosen to launch its 26th international version of the fashion bible in that city. It will be published under a licensing agreement with Rubicon Media.

“With the launch of its own Vogue, Hong Kong truly steps up to the premier league of fashion excellence,” Newhouse told the South China Morning Post.

A publisher has been appointed. Desiree Au was most recently the publisher of Time Out Hong Kong and has in the past worked and written for publications including The International New York Times and the South China Morning Post. Vogue Hong Kong’s print edition will be in Chinese but online will have both English and Chinese. The fashion and lifestyle content will be distributed in print, online and on social media. Au was

For the full story, check into the SCMP here.

With South Africa’s election looming next year, worrying news from Sweden may cause even greater concerns around local voting.

A new report from the Institute for Strategic Dialogue (ISD) and the London School of Economics (LSE) found evidence of foreign powers attempting to influence the recent Swedish election, as well as those in other countries including France, Germany and the US.

Social media was one of the primary tools utilised to disrupt elections, and spread propaganda and fake news.

To read more, published by The Local, click here. 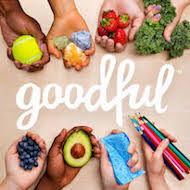 BuzzFeed has launched a commerce element to its offering with a 100-item line of Goodful products it is selling at Macy’s, Digiday reported. Over the past year, it developed products for Scott’s, Maybelline and Bloomscape, using BuzzFeed.com and its social reach to promote them.

“We developed elements that would complement advertising, rather than conflict with it. We work with partners however they want to work,” it quoted BuzzFeed’s chief revenue officer, Lee Brown, as saying.

“Commerce has grown from a curiosity into a key stream of revenue, so BuzzFeed is helping brands sell more products, developing new ones that BuzzFeed helps sell with them and tying advertising into those deals,” BuzzFeed wrote.

For the full story, visit Digiday. 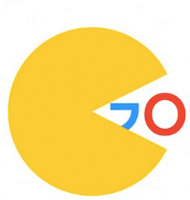 Google scored nearly 45% of all online advertising spend in 2017, and the tech giant is poised to do even better this year. WARC reports that Google’s ad revenue in the last quarter of 2018 could top  $30 billion in Q4 2018 if it continues at the current rate of growth. Plus it’s about to re-enter the Chinese market.

Digital newspapers in the United Kingdom are attempting to take on the giant by forming a consortium to offer advertisers comparable reach.

But in the meantime, in Q1 2014 and Q3 2018, the company “registered a compound quarterly growth rate (CQGR) of 4.1%. If this rate of growth continues beyond the $29.0 billion recorded in Q3, Google should reach $30.1 billion in advertising revenue during the final three months of 2018”.

For more, check out the story on WARC.