LATEST NEWS
Home Advertising Did the DA’s billboard change the conversation, or cross an ethical line?

Did the DA’s billboard change the conversation, or cross an ethical line? 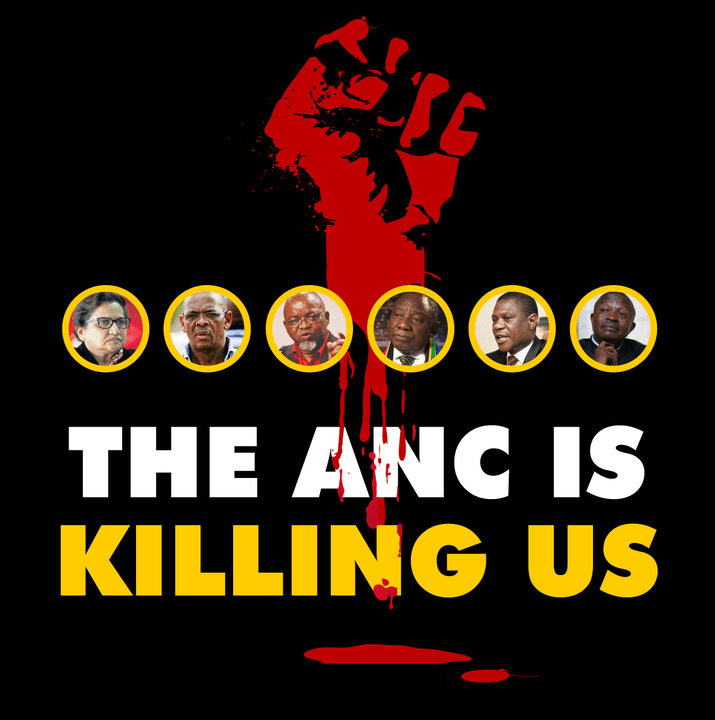 
The first political advertising salvo in South Africa’s elections 2019 communications war has been fired. And it was a doozy.

The Democratic Alliance unveiled a controversial billboard in Johannesburg shouting out the headline, ‘The ANC is killing us’ complete with blood dripping over the images. It lists the names of the victims of the Marikana massacre and Life Esidimeni tragedy. Compare this to the ANC’s staid billboard at the entrance of Cape Town International Airport of a beaming President Cyril Ramaphosa…

Of course there was outrage all around. People climbed the structure to tear at the fabric of the billboard. Everyone from the ANC to union AMCU and NGO Section 27 expressed outrage. And the media coverage went on and on and on… the whole point, of course. The DA continues to stand firm while the controversy crashes around it.

“The DA will be the first to admit that it has been on the back foot in recent months. The DA’s bad press, coupled with the ANC’s manifesto launch, required the party to do something to change the conversation. The billboard certainly did that,” says Gavin Davis, a former executive director of the party’s communications and shadow minister of communications, now CEO of Resolve Communications.

Davis reckons the billboard intentionally puts the ANC in a difficult space. “If the ANC does nothing, it looks weak. If it destroys the billboard or files a complaint, it opens up a fresh round of media coverage, which reinforces the ANC government’s culpability in the loss of life at Marikana, Esidimeni and as a result of violent crime,” Davis says.

The ANC has reported the advertisement to the Independent Electoral Commission (IEC), claiming it flouted the Electoral Code of Conduct as it was “nothing short of spreading deliberate lies about the ANC”.

It said a recent Ipsos survey that posited the ANC would win 61% of the vote in the May elections meant the DA had “become insignificant and irrelevant to the majority of South Africa”.

Former ANC MP and ambassador to Ireland, Melanie Verwoerd, in a column for News24, lambasted the DA, saying the billboard was a “shameful, insensitive act of political opportunism, made worse by the total inability to admit to the hurt and offence caused”. She said DA leader Mmusi Maimane’s defence of the strategy in an interview on PowerFM, and his claim that it had nothing to do with the elections which was why there was no DA branding, was disingenuous.

“Yes, the billboard has no DA branding on it, but presumably in order not to waste a very expensive publicity stunt (people might have thought it was an EFF poster) Maimane and a large contingent of DA supporters, all in DA branded T-shirts, marched to the billboard for the unveiling, thus unveiling also the disingenuous nature of his argument,” she wrote.

Davis says there’s a chance the campaign could backfire, because it’s certainly not to everyone’s taste. “But the DA does its market research and it knows that the vast majority of those who are vociferously against the billboard won’t vote for the DA anyway,” he says. “The question is whether the billboard will help to shift ‘swing’ voters to the DA. I suspect the DA knows the answer to this question.”

DA spokesperson Solly Malatsi, in response to a critical column by the Daily Maverick’s Marianne Merton, says the party’s decision to erect the ‘ANC is killing us’ billboard was “thoroughly considered as a tribute to the memory of South Africans who were killed by the ANC government”.

“Rather than reducing the lives of the deceased to a campaign tool, by adding the names of the victims, the DA chose to remind South Africans of their humanity,” he says. “It is precisely because they were mothers, brothers, children and friends that we sought to remember them as individuals rather than a number — 144 or 34. People are not statistics.”

Political advertising is regulated by the Independent Communications Authority of South Africa, which publishes the regulations prior to an election which cover paid-for party advertising on television and radio, as well as public election broadcasts or PEBs which are ‘free’ party broadcasts allocated to each party contesting the election.

This is still to happen ahead of this year’s pivotal elections. No doubt, there will be much advertising drama still to come. Watch this space.