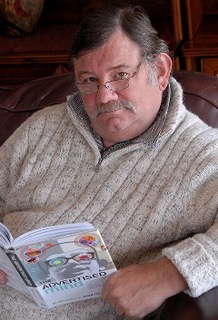 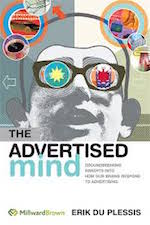 Eric Salama, CEO of Kantar, tweeted that he was so sad to hear of the death of Erik Du Plessis, calling him “a giant of Kantar and of our industry”. Salama said Impact was the “backbone” of (now known as) Kantar Millward Brown in Africa.

Du Plessis was the author of two books recognised as essential reading for anyone in the media business, The Advertising Mind and The Branded Mind. 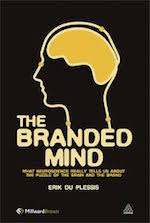 Media man Gordon Miller said Du Plessis’ “mighty intellect” was “constrained only by the limitations of we lesser advertising mortals who tried to comprehend his innovative thinking”. He said Du Plessis was a trailblazer, intellectual, iconoclast, raconteur and bon vivant.

In a statement, Kantar Millward Brown in South Africa said Du Plessis wasn’t only a pioneer in South Africa, but globally, referring particularly to his thinking around the influence of neuroscience on brands. This was in many ways, it said, “a precursor for much of the modern world’s understanding of the brain and its ability to process advertising”.

Du Plessis was widely published in publications such as the Journal of Advertising Research, ADMAP, the Harvard Business Review, as well as many local publications. He was the Visiting Professor at the Copenhagen Business School teaching neuromarketing from 2007-2009, and a Teaching Fellow at the Curtin University of Technology, Business School in Perth, Australia between 2007 and 2009.

Du Plessis began his career as a market analyst, researcher and brand manager at SFW before joining BDDO advertising as media director and research director. He later started Impact Information, and went on to build one of the largest databases in the world of tracked television commercials called Adtrack.

He consulted with nearly every major company in South Africa on brand management, research, advertising strategy and media planning.

The recipient of many awards, Du Plessis won best paper at SAMRA on three occasions, he was the winning author at the Telmar Awards in New York, and in 2001, was awarded the SA Media Directors Circle Platinum Achievement Award.

RIP Erik du Plessis #trailblazer and #legend! Our thoughts are with his family and friends @Kantar pic.twitter.com/p1qnHPJMqI

Paying tribute to Erik du Plessis: Magnificent and heartfelt tributes to Erik du Plessis in this @Bizcommunity article. A true intellect who pushed beyond the boundaries with wisdom and curiosity. RIP. //t.co/i5Ebu85zkN