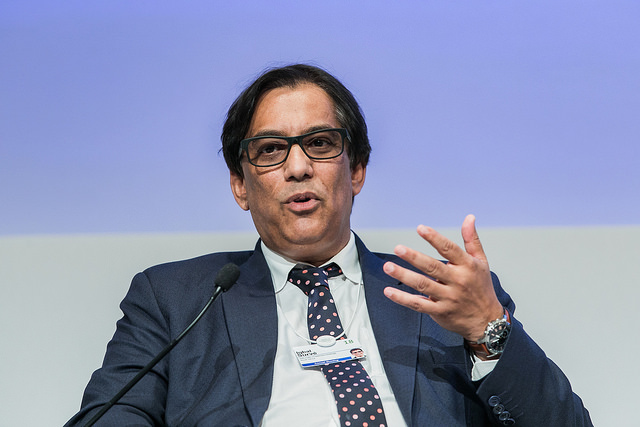 
Apart from Eskom and power cuts, some of our media have been giving a lot of attention to Ayo, Sekunjalo, the PIC, its deals and funding. What makes the coverage unusual is that at the centre of much of it is the owner of Independent Media, Dr Iqbal Survé.

The issues being covered in the stories are complex, and it appears that there is a deliberate attempt to shift the story from understanding deals and wrongdoing to a “he said, she said” scenario where issues are muddied, and the public, instead of being left with a clear picture of what is going on and who has done what, is left wondering what on earth is going on.

We haven’t yet carried out a focused analysis of the coverage. Instead, we will be looking at a few key differences in the reporting of the stories. One of the first elements that struck us was the person at the focus of the stories. We have as a result pulled data from our monitoring on Dr Iqbal Survé. The data was collected using our online monitoring tool, Dexter, looking at media over the last 12 months, and includes media that mentioned Iqbal Survé. These results simply look at who mentions Iqbal Surve and how often this occurs.

The first aspect we extracted was to look at which media had the most mentions of Iqbal Survé. To some extent, it should come as no surprise that Independent Media mentions Iqbal Survé most often, as he is the owner.

It must, however, be remembered that while this may now seem unsurprising, it is really unusual in our media sector. For the most part, media owners of media, big or small, seldom make the headlines of the media they own or run. Even in small commercial and independent publishers, where the editor/owner of a publication may be the same, it is very rare for them to be featured regularly and prominently in their own title. Even in instances where a media entity is taking on its parent company, it is unusual for the owner to feature prominently. A basic review of stories by City Press for example on MultiChoice shows only a handful of mentions of the parent company or even the key shareholder, Koos Bekker.

Returning to mentions of Iqbal Survé. The media titles falling under Independent Media, which also mentioned Iqbal Survé during the period, included IOL, Cape Times, The Mercury, Pretoria News, Daily News, The Star, and Weekend Argus. What is striking is the difference in the number of mentions between Independent (70 mentions, or 37% of the total counted mentions), and the next highest, Mail & Guardian (28 mentions, or 15%). This means that Independent Media publications speak about Iqbal Survé more than double the number of the next highest media mention.

Business Day and News24 also came in quite high, in comparison, at 23 and 14 mentions respectively. Inasmuch as different media are clearly reporting on issues which directly focus and involve Iqbal Survé, their mentions are less than half those of Independent Media. It is a fair presumption that Independent would argue their mentions are higher as Iqbal Survé is being attacked.

Iqbal Survé Mentions According to Media

In carrying out the analysis and following some casual observations in Independent Media coverage of the State of the Nation Address, we looked to see how Iqbal Survé was identified in the different stories. Specifically, we looked at how often Iqbal Survé was referred to as “Dr Iqbal Survé” as against simply, “Iqbal Survé.” The following graph shows the total number of mentions per media, split by ‘With Dr’ or ‘Without Dr’.

Media Mentions Iqbal Survé  (With and Without Dr)

So why is this important? When considering the type of content produced, and considering whether particular media push certain perspectives, the preface, ‘Dr’, is commonly read as a signifier of education, knowledge, expertise, power, and authority. The absence of the preface ‘Dr’ in other stories does not indicate the inverse.

Bigger questions around fact or misinformation of the stories, as well as bias, need to be answered in a full analysis. What is clear though is that if you consume Independent Media, you are likely to find Iqbal Survé mentions frequently and, more often than not, mentioned and sourced as “Dr Iqbal Survé.”

In our next quick extract, we will look at the breakdown of sources in these stories, see who speaks, and unpack some of the elements surrounding those.

This story was first published by Daily Maverick and is republished with the permission of the author.

Thandi Smith is head of the policy and quality programme, and William Bird is director, at Media Monitoring Africa.