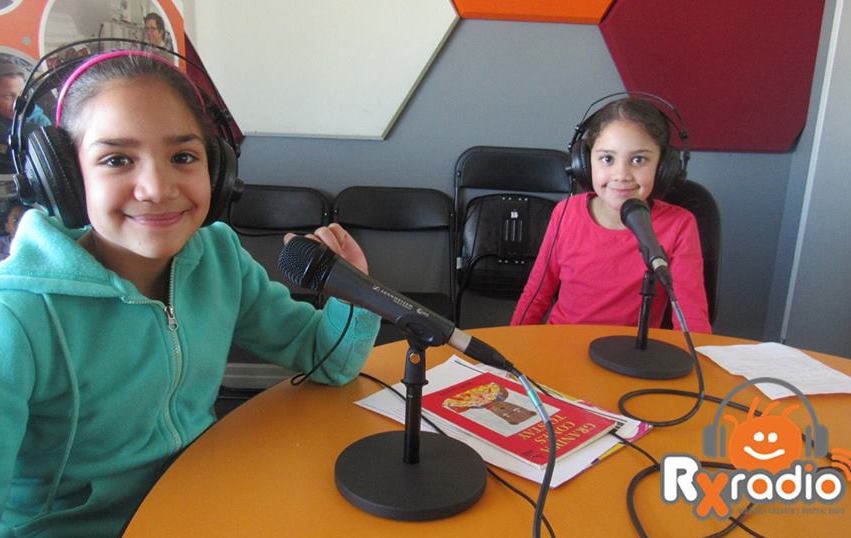 
Sisters Naseerah and Yusrah du Toit are 10 and 11 years old respectively, the youngest ever nominees and finalists at the Liberty Radio Awards.

They were finalists in the Best Internet Station category, for their show Books & Breakfast with Yusrah, broadcast on RX Radio, a radio station run by and for children operating from the Red Cross War Memorial Children’s Hospital in Cape Town.

RX Radio is the first radio station in the world that trains child reporters to broadcast from within a hospital.

Naseerah has Charcot–Marie-Tooths disease, a hereditary motor and sensory disorder affecting the peripheral nervous system. She attends regular physiotherapy sessions at the hospital.

When she was asked to try out for a spot on the station, her elder sister Yusrah joined her for moral support. While Naseerah was excited about it, Yusrah says she didn’t feel the same way initially and only went on the training to support her sister.

Both girls admit they wouldn’t have done it without each other, but they are so glad that they did, because two years later, they became the youngest nominees and finalists in this year’s Liberty Radio Awards.

Naseerah is a young comedian in the making and brings her light-hearted humour to the show. She says that’s the part she enjoys most – finding riddles and telling jokes. Yusrah loves that talk-show aspect and says she “can talk for hours and hours”.

“I love doing the interviews,” says Yusrah who recently interviewed the Kfm team and enjoys meeting and getting to know a variety of people on the show. 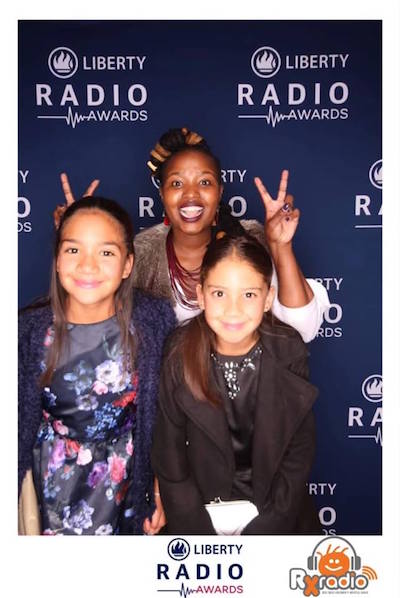 She got involved with the station because it’s lending an ear to a marginalised group. “It’s an innovative initiative and it provides an opportunity for children to address issues that are important to them,” she says.

“What excites me about my job is that we get to see young people living boldly in spite of their diagnosis. I mean, if they can overcome their challenges and come here and give their best to their shows, that surely has a positive impact to their minds and their bodies,” she adds.

There is a fun, playful vibe and lots of giggles with Nolie and the girls in the RX studio during the show’s recording. The girls are well-prepared, poised and professional as they go through the print-outs of their scripts.

Yolie is organised, efficient and encouraging while Yusrah and Naseerah inspire their listeners with messages of hope and courage.

While the Books & Breakfast show is pre-recorded, there are also two live broadcasts per month. Yusrah says the first time she did a live broadcast she was “a bit panicky”.

“When we are pre-recording, I know that if I make a mistake we can just do it over so I don’t feel nervous. The first time we recorded live I did make a few mistakes, but I just talked through it and then I wasn’t so nervous anymore.”

Naseerah did the news and the weather on her first live broadcast and says the first time was scary, but after that she wasn’t nervous and she enjoyed it.

Yusrah’s favourite books are the Scarlet and Ivy series by Sophie Cleverly, while Naseerah enjoys cookbooks and trying out recipes for cakes.

“I think reading is important because it broadens your imagination. I used to hate reading, and at school we had to read a page each day. My dad encouraged me to finish the book before anyone else did. After reading a few pages, I kept going and couldn’t put the book down!” says Yusrah. And so thanks to her father, she discovered her passion for books and reading.

She always gets high marks for her creative writing, Yusrah says, and has been told by her teachers that it’s because she reads a lot to stimulate her imagination.

Children at Red Cross always tell Naseerah that they enjoy the show. It has has its own WhatsApp number and the girls receive many WhatsApp voice notes before and after the show. Their listeners also send in birthday messages and song requests through the RX Radio app.

Naseerah says it’s her dream to travel to Dubai and visit the Burj Khalifa, the world’s tallest building. Yusrah plans to continue working in radio and would like to move into television presenting.

Yusrah would like readers of this publication to know that they can also listen to the show when they download the Rx Radio app that is available in both iOS and Android versions.