Local is lekker – and booming

Posted By: Lucinda Jordaanon: May 16, 2019In: Television
Print Email 
Netflix, Amazon and Apple may be leading the streaming evolution, but there’s no curbing SA viewers’ appetite for local dramas and sagas – on any viewing platform.

There’s a decided irony to the SABC’s financial crisis. The national broadcaster has been operating with an insolvent status for years and was, fortunately, guaranteed some interim relief from National Treasury in early March. In briefing parliament’s communications portfolio committee, SABC CEO Madoda Mxakwe revealed that several major, key programming content providers had ceased production and were retaining content until outstanding payments have been received. 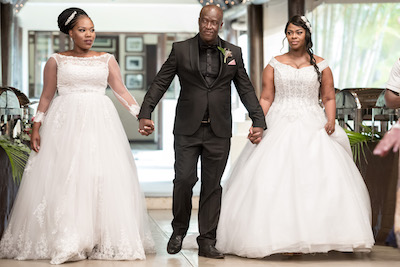 The irony lies in the fact that the SABC carries some of the country’s most popular local programmes across its three channels, with SABC 1 remaining primetime viewers’ go to platform.

To wit: Uzalo, screened at 8:30pm weekdays, holds the record for biggest South African television audience, notching over 10.2 million viewers in September, when it aired the second of a two-part spectacular ‘double’ wedding. Viewership for Uzalo generally meets or exceeds the 9 million mark, closely followed by Generations: The Legacy at about 8-9 million. Skeem Saam and SABC 2’s Muvhango both hit the 6 million mark – proving that when it comes to dramas and sagas, local goes beyond lekker.

In fact, ratings prove that local shows are the most popular of all content on DStv and far surpass international offerings through sheer audience volume. January 2019 TAMS figures for the Top 20 programmes watched via the DSTV bouquet has SABC retaining the top three positions in the country, while 14 of the top 20 programmes are SABC productions. Bigger audience figures, in theory, translate to greater advertising revenue so clearly the top spot is not a position one can summarily relinquish.

And, says SABC’s group executive for television, Nomsa Philiso, the broadcaster is actively seeking to maintain it. “SABC is currently embarking on a five-minute pitch roadshow around the country, starting in March. Our commissioning editors and channel programme managers will be looking for innovation, new content providers – and content providers who are able to structure the financing of content differently,” she notes.

Cash flow woes aside, the SABC is clearly meeting its audience mandate as public broadcaster, with SABC 1 carrying more than 90% local content on its schedule; SABC 2 has just over 85% and SABC 3, 70%. Which is why the national broadcaster’s financial crisis has such an indelible impact on the local production industry. 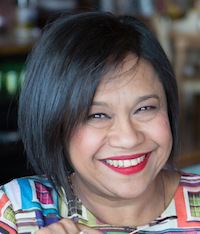 Production companies generally operate with 10-15% profit margins but, says Kee-Leen Irvine, managing director and executive producer at Rapid Blue Broadcasting Media: “Production companies relying only on the local broadcasters will absolutely be struggling – in addition to the SABC crisis, Kwese shut down (its subscription model) and e.tv is spending less than they were two years ago.”

MultiChoice, on the other hand, is investing heavily in local content, allocating R2.5 billion for acquisitions. “MultiChoice is committed to increasing its investment in local content, bringing the best international content home and offering an outstanding portfolio of sports coverage and production,” says Yolisa Phahle, CEO for general entertainment at MultiChoice. “We are running productions in Nigeria, Kenya, Tanzania, Zambia, Zimbabwe, and South Africa and plan to expand our geographic reach to deliver more programming made in Africa by Africans. We also believe that our industry is world class and are looking to take African stories to the world. This way we build the industry, create jobs, and contribute more effectively to our economy.”

The SABC has a multi-pronged approach to monetising its content, “with a healthy mix of non-traditional sponsorship, storyline integration and product placement” – along with an aggressive license strategy, confirms Philiso. But producers are no longer paid in advance, if at all – and she admits that the broadcaster is in constant negotiations to maintain relationships.

“Our financial situation means that the SABC is seeking relationships around cost of content acquisition,” she says. 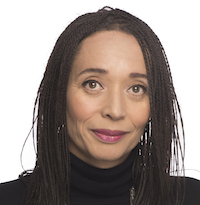 The onus on local production companies to remain solvent – and sustainable – has never been greater. Some, confirms Irvine, actively pursue additional revenue streams. ”We certainly do. There are fundamentally three options: a commission where the broadcaster pays for the production and they monetise it, or the production house produces it themselves and licences it (this is very rarely done as the risk is so high – rule of thumb is that a local licence will only cover between 10%-60% of the cost), and lastly, an advertiser funded production (AFP), where the production house has a show which the broadcaster likes but can’t commission so it is funded by a brand and then airtime is acquired and the show is produced.”

Most local programming is produced via the commissioning model, confirms Phahle. ”In a typical case, M-Net and MultiChoice will take all the risk and put up all the funding for a programme. Regardless of how the show performs, the producer will have been fully paid before it ever hits the screen. On balance, we think the commissioning model has worked well for both broadcasters and producers.”

Digital disruption has certainly changed the media landscape, in all sectors, and partnerships are proving the winner in terms of sustainability and profitability. This has been the norm in the film and TV industry, with production houses uniting on projects. But there has been decided growth across all sectors. 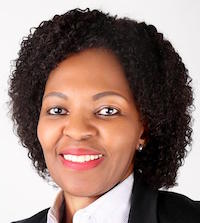 For example, Okuhle Media recently partnered with newcomers Dumile Films, with a mandate to tell authentic Cape Town stories. There has also been an increase in local production houses teaming up with international players: Uzalo producers Stained Glass TV are partnering with international broadcast content producers NV Studios to develop a slate of international scripted and non-scripted co-productions. And Rapid Blue has clinched a lucrative partnership deal with the BBC, who has now bought into the company.

“Most of the big production companies in the rest of the world have some or complete ownership by the studios or big distributors; this was done in South Africa over 25 years ago when Endemol bought Toron Television and it became Endemol South Africa (now closed),” notes Irvine. Rapid Blue, who specialises in producing local versions of international hits such as X Factor, Strictly Come Dancing, Come Dine With Me – and recently launched South Africa’s version of The Bachelor – has a long working relationship with the BBC.

“Our combined knowledge and expertise, enable us to together provide content solutions for broadcasters across the continent, positioning us as the destination for quality television production in Africa. It really does help us to contribute significantly to creative and production development in South Africa,” adds Irvine.

Both the SABC and MultiChoice agree that collaboration is key to growing the local content market. “M-Net and MultiChoice have historically enjoyed strong relationships throughout the local production sector, but going forward we want to make those relationships even stronger. We think the co-production space is particularly exciting and there is likely to be more activity here in future, which will hopefully allow for bigger budget, ‘epic’ local stories to find their way onto our screens,” says Phahle.

“We are open for business and looking at different ways to structure the various relationship models, as long as these make sense for the audiences, the organisation and have a positive impact on the bottom line,” adds Philiso.

Viewing platforms
Despite the rapid growth of streaming services in South Africa, broadcast television is still the most popular viewing platform, with the Broadcast Research Council of SA reporting that 96% of South Africans watch live TV.

As Philiso points out: “Technology may change viewing habits, but audiences will always seek out good stories that touch them no matter what the medium.”

“Some shows like soaps and telenovelas are most watched live, notes Phahle: “Sport is also very much a live, real-time experience – but increasingly we are seeing catch up viewership growing.”  MultiChoice has been actively investing in this area, with DStv Now, Showmax and the announcement last year of an imminent stand-alone, over-the-top (OTT) version of DStv to capture pay-TV subscribers.

The app, which is available in 16 other countries, is geared for the SA market with a focus on local content, and offers a hybrid of both free and paid-for content.

Read the April 2019 issue of The Media here.