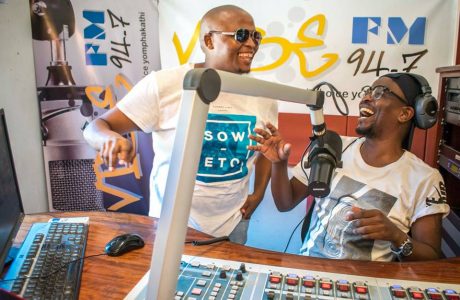 
Beyond the choreographed photo opportunities and big rallies, there is a local dimension to South Africa’s election campaign that is going largely unnoticed by the national media. As a result, important insights into political dynamics are being missed.

And yet after the big party roadshow has moved on, the election campaign continues at community level. Inevitably, as local politicians weigh in to rally support for their parties, they have to address local issues.

Research has shown that the mainstream media have a blind spot when it comes to community perspectives. Leading academic Jane Duncan’s well known research into coverage of the 2012 Marikana massacre in which police shot 34 striking miners dead, showed how the media ignored the voices of the striking miners. This led to a serious distortion of initial reporting. Other research has focused on the wider absence of poor people’s voices from media coverage.

A new initiative hosted by the Wits Radio Academy seeks to draw on community radio reporting to help fill the gap. The LocalVoices initiative supports community radio reporters by publishing their stories on its website and associated social media to give them a wider platform. This means these reports can be read by a wider audience and are available for reuse by participating radio stations.

The project was launched in collaboration with the Children’s Radio Foundation, Africa Check, the Media Development and Diversity Agency and the Open Society Foundation.

South Africa’s community radio sector is large, with well over 200 stations and a weekly listenership of around 8.3m people – 25% of the regular adult audience. Despite their significant reach, a lack of resources and skills have fuelled chronic instability in many.

Nevertheless, the LocalVoices project has shown that the stations have thrown themselves into the political discussion with gusto. Many host political debates between parties and the communities whose votes they seek.

Local events have also given smaller political parties the opportunity to be heard. There are a record 48 parties on the ballot and many of the smaller parties haven’t commanded much national attention.

Sometimes, the topics have been surprising. For instance, Durban’s Vibe FM hosted an election debate on local arts funding.

But community engagement with the political process goes beyond debates, using the opportunity to press for local issues to be addressed. Clearly, disaffection runs very deep, and a wide range of issues regarding the poor provision of basic services – from roads to schools. For example, issues around water have been prominent.

Water shortages were central to a party debate hosted on Sekhukhune Community Radio in Limpopo, and Ndwedwe, outside Durban.

Even though it’s clearly a major concern in many communities, the issue of water hasn’t been highlighted by political parties.

Of significance also are the tactics being used by communities to gain politicians’ attention.

Nqubeko FM in Ladysmith has reported how the community of Ekuvukeni demanded that President Cyril Ramaphosa should intervene over a series of local demands, including broken sewage pipes and water supply. They made the demand after refusing to listen to the provincial minister for community safety.

When Ramaphosa later visited a small coal mining town, Dannhauser, 75 km away, a delegation from Ekuvukeni hopped onto a bus to put their concerns to him. They failed to address him on that day, but Ramaphosa did later visit Ekuvukeni, and promised to attend to their problems.

Similarly, a community called Marikana, outside Potchefstroom in the North West Province, refused to let the mayor hold an election debate, insisting he come and listen to them at a community meeting instead. According to Aganang FM, he came and promised to address their housing needs. He even promised to start taking action before the election.

The strong upsurge in community protests in the first months of the year has been widely noted by the national media. But local radio reports have shed light on the fact that it’s been incorrect to assume that protests are always violent.

Instead, it becomes clear that communities are using a wide range of tactics to draw attention to their issues. The opportunity is clear: usually aloof politicians are on the ground, appealing for votes, and this presents a chance to hold them to account. Time and again, one sees communities threatening to withhold their votes.

In other words, communities are using the election to “do democracy” in a different form, beyond exercising the vote.

The LocalVoices project shows up the weaknesses of mainstream media coverage, which focuses too strongly on the big names, the major drama and the grand narrative. Individually, the radio stories have mainly local significance. But, read together, new nuance and important patterns and dynamics emerge.