RIP Ngwako Modjadji, a ‘gentle soul’ and a ‘sad loss to journalism’ 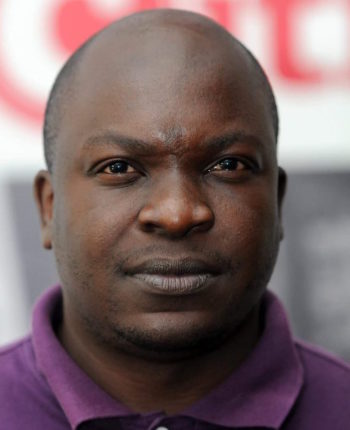 
The death of City Press journalist Ngwako Modjadji in an apparent hit-and-run in the early hours of Sunday morning was a sad loss to journalism, the newspaper’s editor, Mondli Makhanya, said.

In a statement, the City Press team said, “Modjadji was killed by a speeding motorist in a hit-and-run incident in Soweto. The death was confirmed by his brother, States Modjadji, who had spent Saturday night with Modjadji.”

Forty year old Modjadji had a national diploma in journalism from the Tshwane University of Technology. He had worked at the Sowetan and Citizen newspapers, as well as Drum magazine before joining City Press in 2018.

“He was a sharp journalist who spared nothing in getting a good story. He personified the term ‘intrepid journalist’. Just over the weekend, he joined former ANC president Jacob Zuma and ANC secretary general Ace Magashule on a door-to-door campaign in KwaZulu-Natal and managed to interview the former president,” said Makhanya. “Above all he was just a magnificent human being. A truly wonderful soul.”

City Press said Ngwako was remembered by his colleagues “as a humble human being who always wore a smile, laughed generously and was rarely ever seen upset”.

The South African National Editors Forum sent its deepest condolences to his family and colleagues in the media “especially at the City Press where he was an integral part of their elections coverage”.

SANEF secretary-general, Moipone Malefane, who worked with Modjadji at Sowetan said, “He was a gentle soul, a hard worker and very respectful of everyone. He played an important role in helping interpret the political life of South Africa.”

His family will announce funeral arrangements in due course.

WATCH: Observing a moment of silence for the late Ngwako Modjadji, a City Press journalist who sadly lost his life this morning while on duty. May his soul rest in eternal peace. #ANCSiyanqoba #SiyanqobaRally #VoteANC #GrowSouthAfrica pic.twitter.com/to10VnOAyj

Condolences to the media family especially at @City_Press Ngwako Modjadji was an amazing soul. He was a hard worker, he loved journalism and helped interpret the political happenings of our country, dominating front pages everywhere he worked!

Saddened to hear about the passing of @City_Press journalist Ngwako Modjadji. Condolences to the @City_Press and the entire media community. May his soul rest in perfect and eternal peace. ????? pic.twitter.com/iVUMwaNtqe